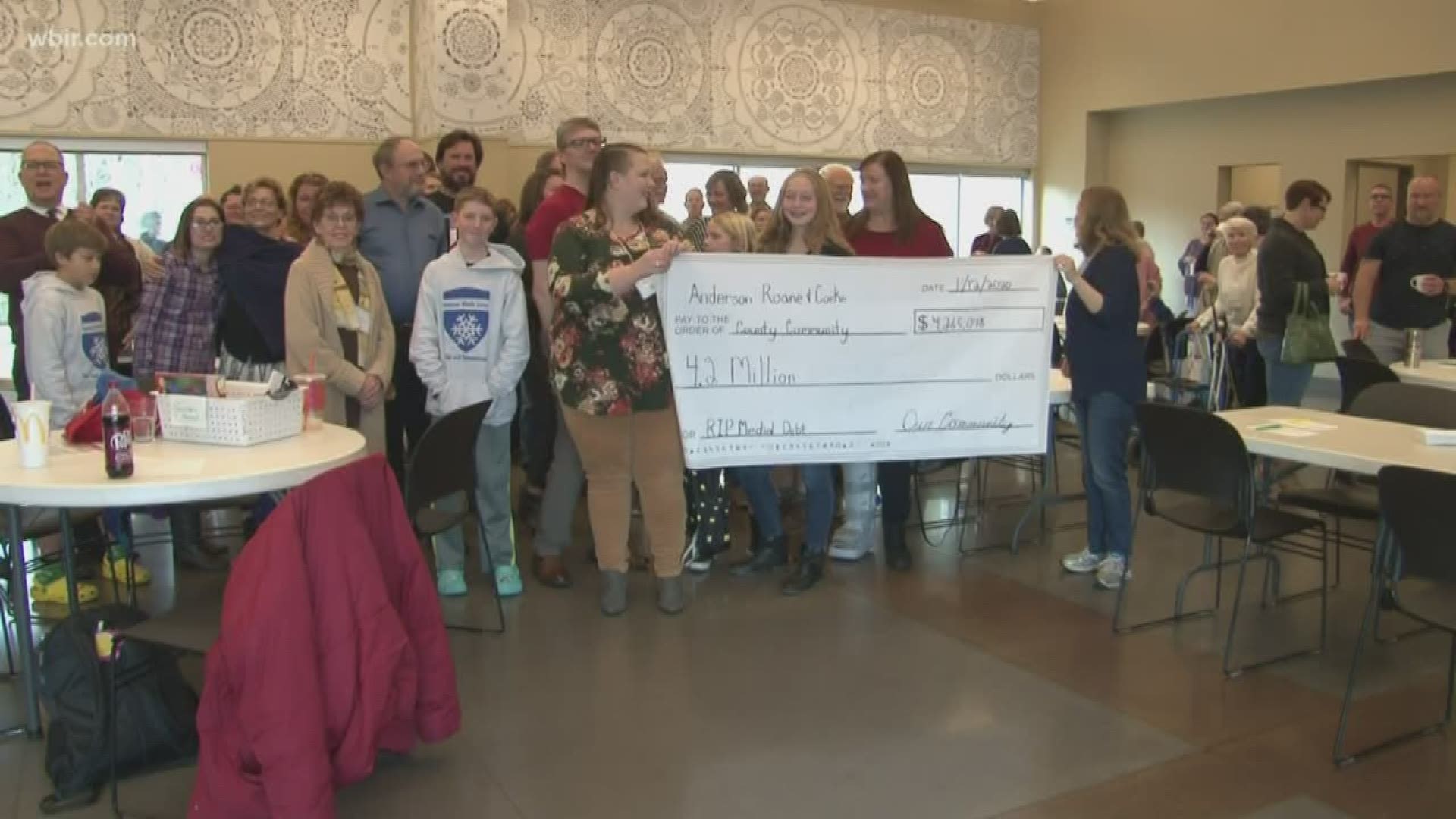 OAK RIDGE, Tenn. — A church in Oak Ridge raised enough money to erase $4.2 million in medical debt. That money will go straight to families who need it across the East Tennessee region.

Oak Ridge Unitarian Universalist Church, in conjunction with the nonprofit RIP Medical Debt, was able to fundraise through community donations. The two organizations reached their goal in just a month

Now, families in Anderson, Roane and Cocke Counties will soon be getting the good news: their medical debt has been completely erased.

Fundraising isn't always a piece of cake, but according to ORUUC member Amanda Law, the community really stepped up to support this effort.

"It's incredible that everybody's grassroots effort, and what seems like such a smaller amount, amounts to such a huge impact," Law said.

When you see $4.2 million on the donation check line, it puts things in perspective.

RELATED: How to finally pay off your medical debt

"Million is not a word I encounter often in my life, so even just writing the thank you notes, it feels so strange to write the words 4.2 million dollars," Law laughed.

"Half a million families every year declare bankruptcy," Morrill said. "Two-thirds of bankruptcies in our country are because of medical debt. These are working families that just can't make that bill after a surgery or a sickness."

They teamed up with the nonprofit RIP Medical Debt, an organization created by former debt collectors.

"They collect donations," Morrill said. "They can buy debt at a rate of 1 to 100, and instead of sending a bill they send a letter saying 'Congratulations, your debt has been erased!'"

So how does this work? Because this nonprofit can purchase medical debt at a bundled rate where $1 equals $100, the impact adds up fast.

"Maybe this is a little bit of hope in their lives, maybe it's a new lease on life," Morrill said.

Those families in Anderson, Roane and Cocke Counties who will be on the receiving end of that $4.2 million forgiveness should be getting letters by the end of February.