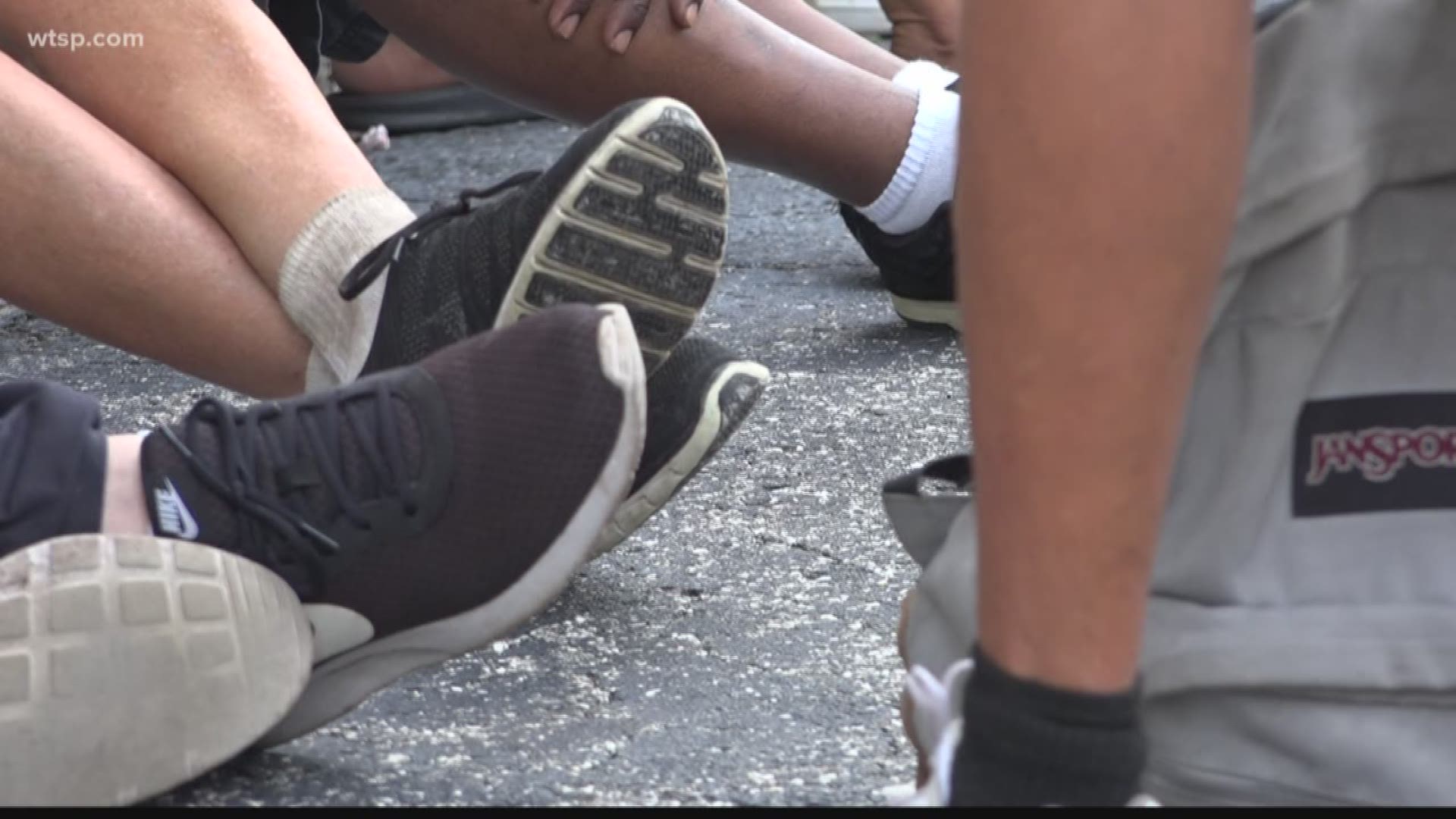 “In a year, I might have missed a single Sunday,” he said. “I know I haven’t missed more than two.”

That kind of dedication is commonplace for volunteers of the outreach group We Serve St. Pete. Morrison and others help serve pizza to dozens of homeless folks in the parking lot of the St. Vincent de Paul Cares parking lot at 7:30 p.m. The line begins forming early.

They come for the food and stay for the fellowship.

“It’s the highlight of my week,” said Kelly McCabe, who has been a regular volunteer at We Serve St. Pete since it’s formation nearly three years ago. “Seeing people outside is hard to ignore. It’s hard to miss."

“More than anything, we wanted community.”

In addition to pizza, toiletries and haircuts, homeless men and women come to the same area each weekend to converse. The one-on-one connections built with caring volunteers have fostered a feeling of trust between everyone involved with the outreach.

James Goetzke is a Navy veteran who has been homeless since January 31. His mother died on Christmas Day 2018. His weekly We Serve St. Pete interactions have become important to him.

“They’ve helped out enormously,” he said. “It’s wonderful. It’s incredible. I hope it expands. A lot of these people, this is their main treat for the week.”

Morrison bounces around to more than just one person during his weekly visits. He says genuine conversation is the key to establishing trust and affection with people who are down on their luck.

“It’s really touched me, and I feel like I’m making a difference in their lives,” said Morrison. “That’s the thing. We know them. We know them by name and we get to know their stories and we get to help them any way that we can. It goes beyond food and water.”

McCabe is a floater, too. She spends her time chatting with familiar faces and making new connections. She says she’s made real friendships over the last few years.

“There is no ‘us’ and ‘them’. We’re all in this together,” she said. “Sometimes people just want to be heard. Sometimes they’re in crisis.”

On Sunday nights, true connection is happening one conversation at a time.

“I think that’s all people really want at the end of the day,” said McCabe.