Owner upset after cat put down without her permission

The cat had been missing for several days before a woman took it to SPCA Florida in Lakeland. It was put down the same day. 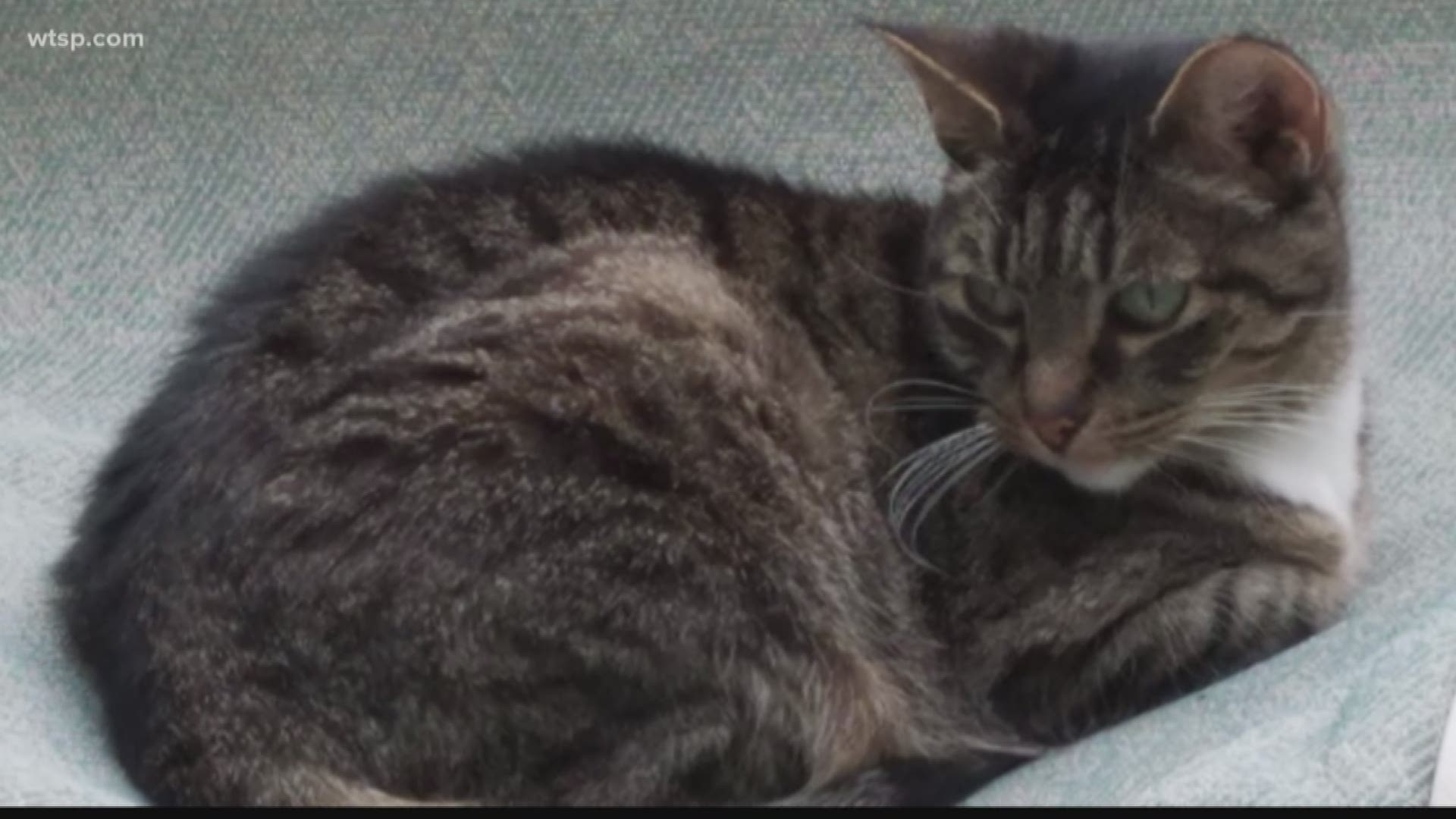 LAKELAND, Fla. — MeLynda Rinker's cat Jazmyn was part of the family. So much so, her name is on a brick in Rinker's front yard, alongside her husband and kids’ names.

“We'd fall asleep and she'd be asleep in our lap,” Rinker remembered. “We'd go to bed, she'd come crawl in bed with us.”

Jazymn was pushing 20. Rinker decided it was best to keep her inside because she was slowing down. Last week, the cat escaped through the cat door and was nowhere to be found.

“We were like, okay, she's going to come back,” Rinker said. “And when she didn't we started driving around looking for her.”

They never spotted Jazmyn, but a city of Lakeland employee did. She was wandering not far from Rinker's house.

The employee posted about the cat on Facebook, and someone else offered to take the cat to SPCA Florida to have the vet check her out. That vet said the cat was in bad shape.

The SPCA explained it typically has a four-day waiting period before euthanizing for pets brought into its adoption center. If it’s microchipped, the SPCA said it will wait 10 days.

However, Jazmyn was brought to the medical center and the vet deemed her to be suffering.

“Sometimes we need to do what's best for the animal in the moment, which, unfortunately, is sometimes euthanasia,” Paula Murrell, Medical Center Practice Manager for SPCA Florida, said.

Rinker said she found out through social media that her cat was put down.

“I'm trying not to be spitting nails furious,” she explained.

Rinker knows she's not going to get Jazmyn back, but she hopes SPCA Florida takes a closer look at its policy. If it had waited a little longer before putting her cat down, she might’ve seen the post and called it off.

Rinker is also encouraging other pet owners to get their pets microchipped. If Jazmyn had been microchipped, the vet would’ve been able to call her right away to tell her they had her cat.

“It may be the way that your cat gets saved or your dog,” she said.

Rinker is taking her own advice. She already got her other cat microchipped. SPCA Florida is offering discounted microchipping the last weekend in April in honor of Jazmyn. Typically, it costs $15 at that location.