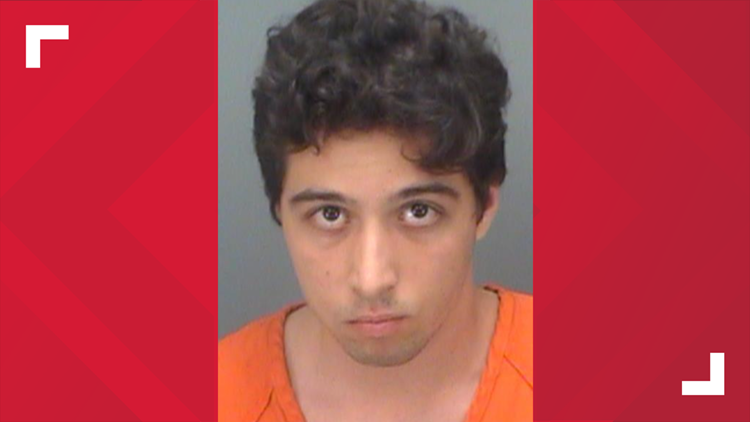 Investigators said the girl had fallen asleep Saturday night in the bedroom of Alexander Fortuna, 19, of Palm Harbor.

The teen said she woke up around 6 a.m. Sunday to Fortuna sexually assaulting her, according to an arrest report. She told detectives she pretended to be asleep during the assault out of fear.

The girl told investigators Fortuna's breath smelled of beer and she heard what sounded like a cellphone taking pictures during the assault, according to the report.

Deputies said the girl called then 911.

When Fortuna was interviewed, detectives said he admitted to sexually assaulting the girl and taking pictures.

Fortuna was charged with one count of sexual battery, violation of probation and possession of marijuana.