Ryan Petty was sworn in as an "honorary guardian" for Polk County schools Thursday. 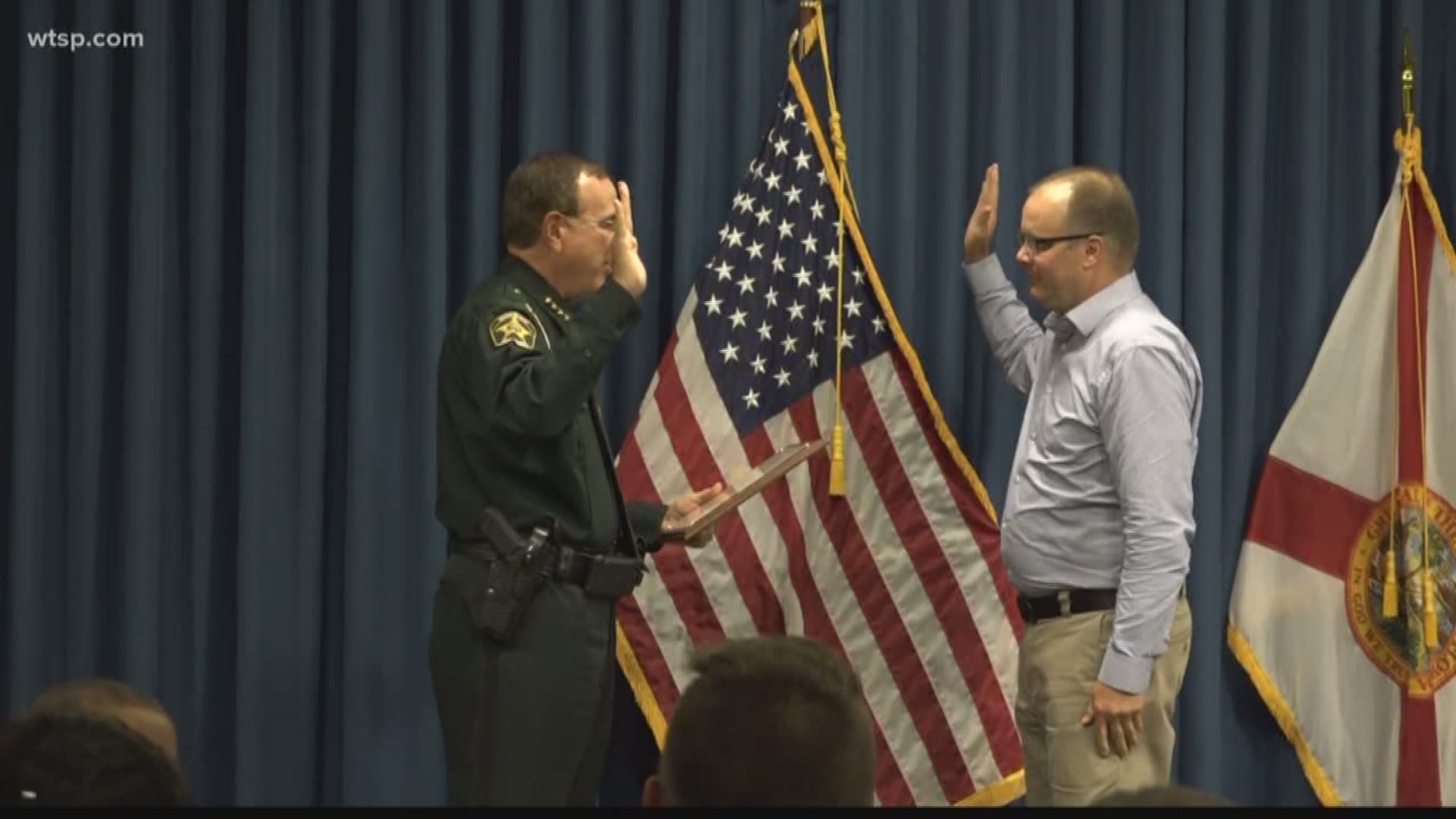 A chance to graduate is something his daughter Alaina Petty will never have.

"She wanted to be everybody's friend. She taught me a lot. I'm grateful for the 14 years we had with her. She was in the ROTC program so I think she'd be really proud of my shooting score," Petty said.

Alaina was one of 17 people killed in the attack at Marjory Stoneman Douglas High School.

"I've got memories. I've got this wrist band. But the best way to honor Alaina is to make sure this doesn't happen to anyone else. That's what she'd want me to do," he said.

More: Remembering the victims and the movement for student safety one year after Parkland shooting

He's here as more than just moral support for Petty, though. Pollack has pushed for the Guardian Program since the start.

"We got this bill passed in Tallahassee, and we can see it now, it's saving lives," he said.

The idea is arming teachers and administrators who pass a special training program. The new legislation has been met with equally vocal critics, who don't think meeting guns with more guns is the answer to stopping violence in Florida schools.

Pollack and Petty say these guardians will save lives and have strong words for the people who are pushing back.

"They didn't have a  daughter in that school that was praying for her life and no one came to save her," he told 10 News.