The office says "it has been an honor to join you these last years." 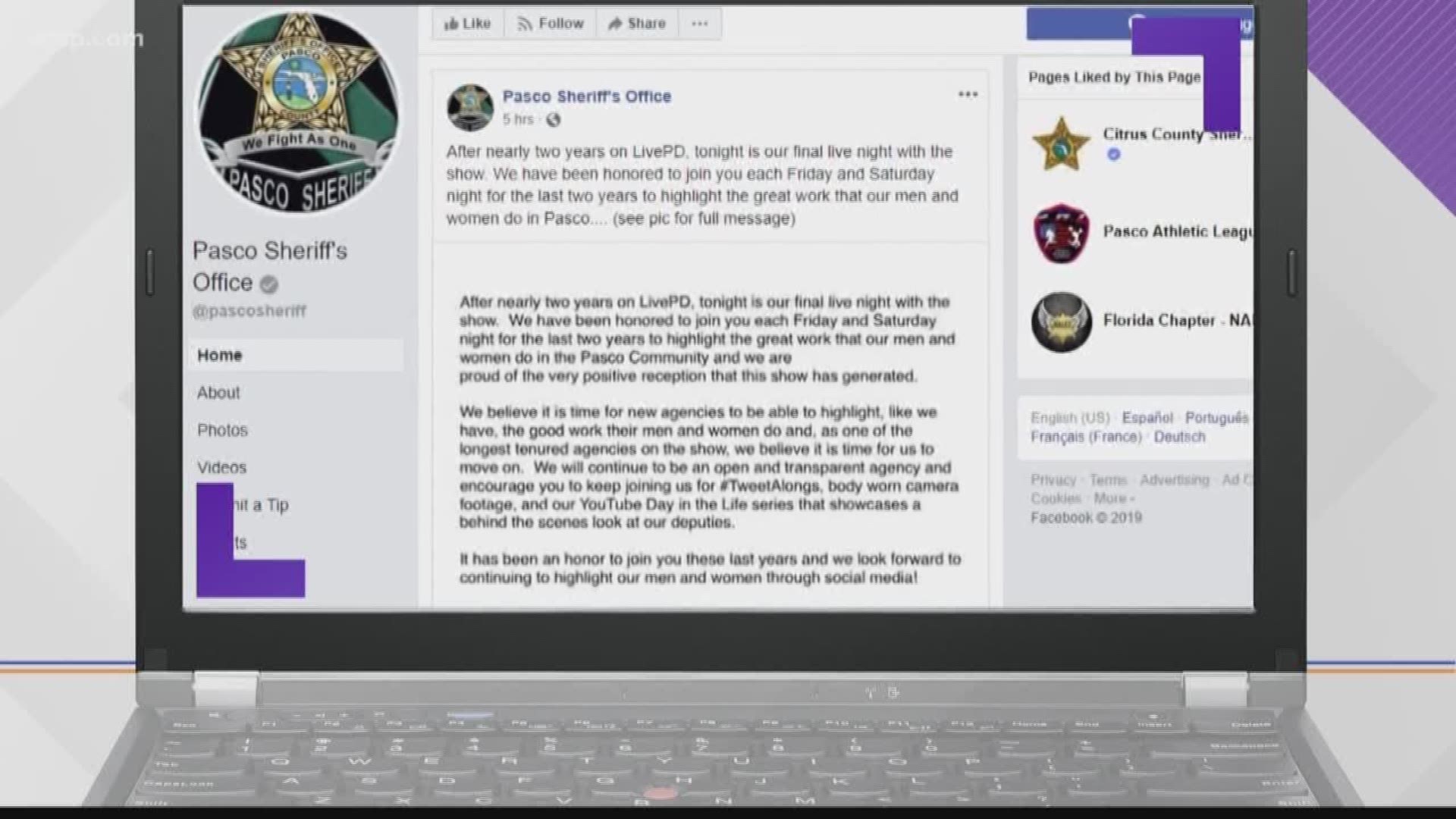 The Pasco County Sheriff's Office announced late Saturday it no longer will be featured in any new episodes of "Live PD." It had been a fixture of the popular A&E show since late 2017.

In a Facebook post to its fans, the office said they'll continue to highlight its efforts on social media despite no longer being on the show.

Pasco Sheriff's Office
After nearly two years on LivePD, tonight is our final live night with the show. We have been honored to join you each Friday and Saturday night for the last two years to highlight the great work...

People by and large are disappointed in the announcement, with comments on the post asking the office to reconsider. As the top comment from Kyle Lawrence puts it, "Pasco literally makes Live PD, Live PD."