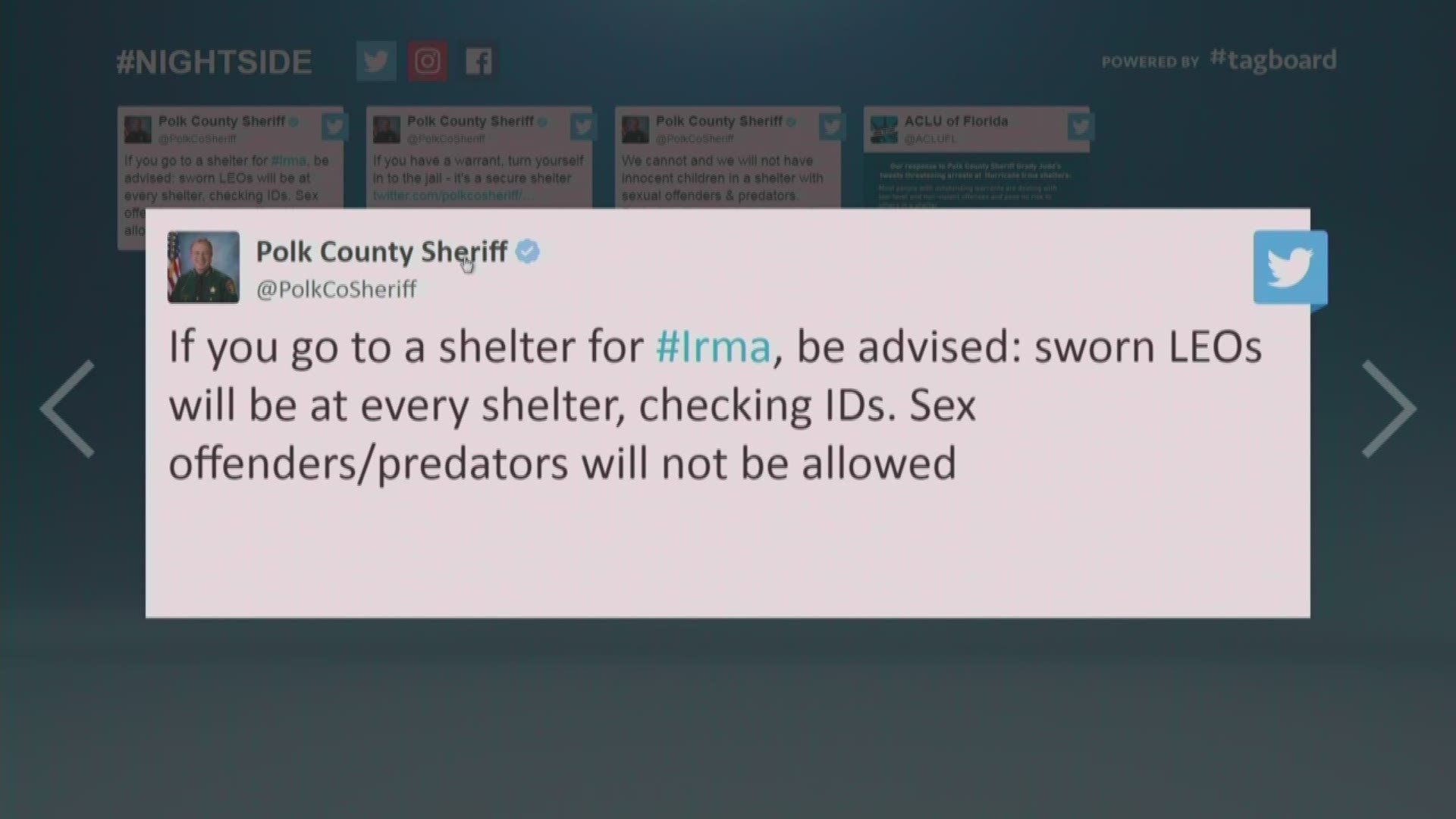 NEW PORT RICHEY, Fla. -- What if Hurricane Irma forced you to evacuate, only to find out the shelter near you was also housing registered sex offenders?

Would you still bring your family there?

In Pasco County it’s a real question, as they try to balance that concern with compassion.

With Hurricane Irma approaching, Pasco County is opening space at one of its storm shelters to registered sex offenders and predators. A plan, Guthrie says, was put in place about six months ago.

“There are agencies in our general area that will take sexual predators and offenders and put them in jail during a storm. That's not the best practice,” said Guthrie.

Pasco says sex offenders seeking shelter at Wiregrass Ranch High School will be kept in a separate building - far apart from everyone else, including children.

But even with those assurances, some people weren't happy about it.

“No. I would probably go to a family member or another shelter,” said Brittany Sparks, a mother of two.

Ashley Lair, also a mother, said she understands what the county is trying to do and can sympathize. But she still would avoid the shelter.

“I wouldn't want to. I'm already worried enough. I don't want to worry more about my children,” said Lair.

The decision comes just days after Polk County Sheriff Grady Judd said sex offenders or predators would not be allowed at storm shelters in Polk County, even threatening them with arrest.

“They have families, and we're going to tell them that you need to stay under a bridge? Versus being with your family during a category five hurricane? That doesn't make sense,” said Jalazo.

The decision whether to allow sex offenders into storm shelters is made on a county-by-county basis. 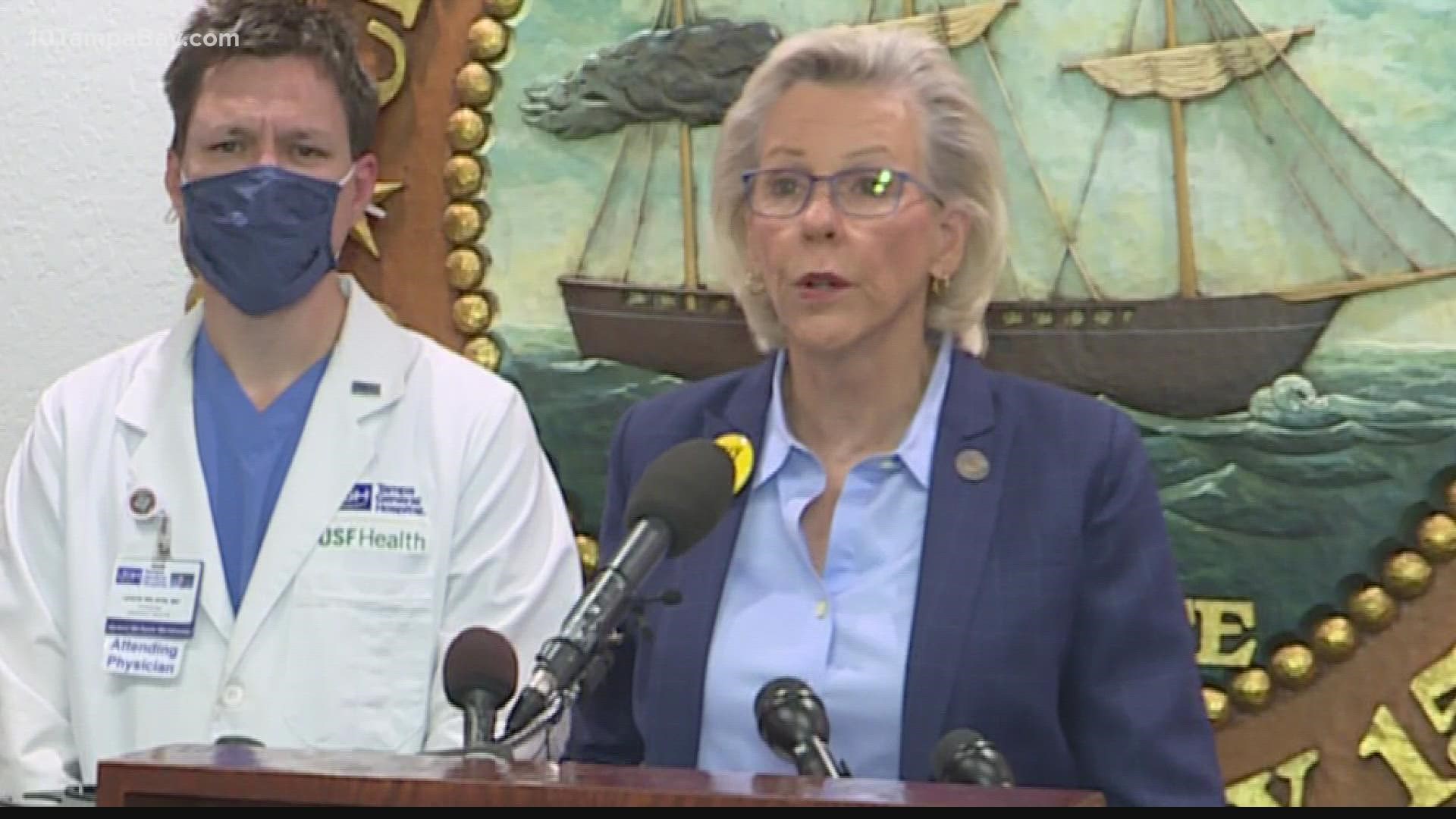