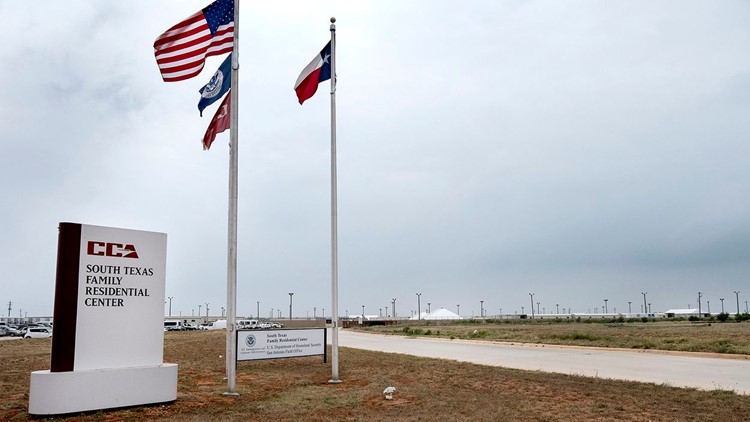 Ten transgender women from Central America have won their asylum cases and have been released from a Texas detention center.

The women were traveling with the caravan that President Donald Trump frequently targeted during the midterm elections, CBS News reports.

One woman, Estrellita, told CBS in an email that her decision to leave Honduras to seek asylum in the U.S. was difficult. She said she faced discrimination for being transgender, but also considered staying to help others like her.

"I was assaulted and threatened by those who didn't agree with me and hated trans people," Estrellita told CBS. "I love my country and wouldn't have left but for the persecution, I suffered. But I thought the U.S. would be pretty and the people would be nice and that has turned out to be true."

The 10 women including Estrellita were once part of an 80-member group of LGBTQ migrants from Central America. That group splintered off from the larger caravan of thousands that was a frequent target of Trump.

Trump said the caravan was an "invasion" and described some of the migrants as "stone cold criminals."

In an early November rally in Tennessee, Trump told a campaign rally, "I am telling the caravan, the criminals, the smugglers, the trespassers marching toward our border, turn back now because you are not getting in. Turn back."

CBS said among the 80 was a smaller group of 30 transgender women who presented themselves at the border in Tijuana, Mexico. The 30 were immediately detained at the South Texas Detention Center.

While traveling in the caravan, some of the women said the experience name-calling and insults from others in the group. Some said they weren't allowed on rides offered from those trying to help the caravan. CBS said Raices, a group advocating for migrants, said the transgender women were "the last ones to be taken care of -- for food, everything."

CBS said the persecution continued after the women applied for asylum at the Texas facility.

The remaining transgender women at the facility are awaiting court dates or have already lost their cases, CBS said.

Immigration coverage: At the Border