She accused the governor of using the pandemic to take campaign contributions in exchange for special treatment. 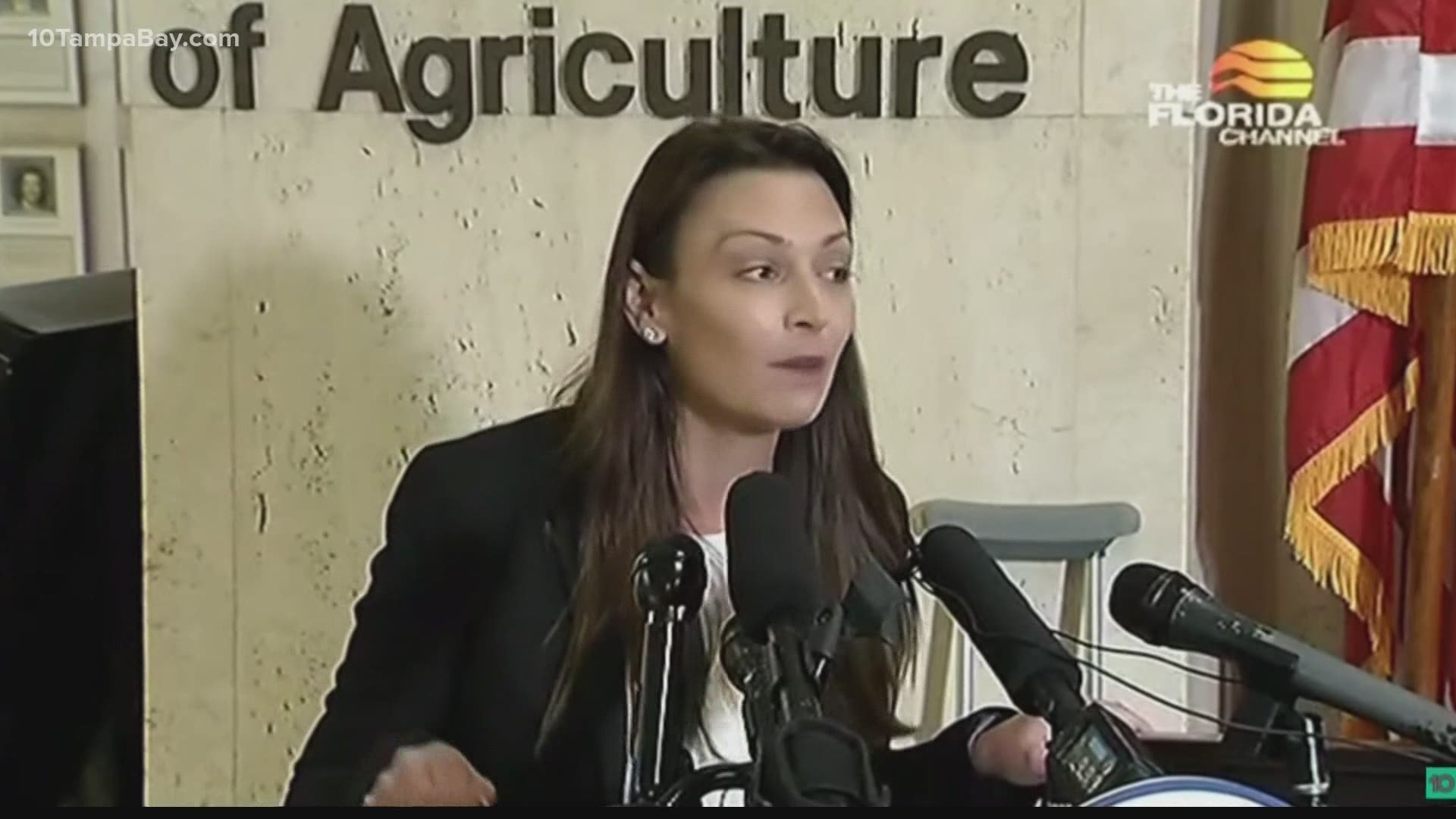 On Thursday, Fried accused Gov. Ron DeSantis of using the pandemic to rake-in campaign contributions in exchange for special treatment when it comes to accessing the vaccine.

“If this isn’t a public corruption,” said Fried, “I don’t know what it is.”

As a former prosecutor, Fried says she recognizes fact patterns when she sees them.

“He had his best fundraising month since 2018,” said Fried. “$2.7 million in February. This is not a coincidence. This is not an accident.”

Fried is now asking the FBI to investigate, after it was reported another wealthy community with strong political ties to DeSantis had received exclusive access to the COVID vaccine ahead of underserved communities.

Fried cited a Miami Herald report about the exclusive Ocean Reef Club in Key Largo, where nearly all 1,200 homeowners who qualified got the vaccine as it first became available in January. More than a dozen in the community, the paper reported, are big donors to DeSantis - at least $5,000 each. That includes former Illinois Gov. Bruce Rauner who Fried said had made a $250,000 campaign donation to DeSantis last week.

“Getting to the front of the line because you have access and because you have financial ability is just unacceptable, and I will not stand for it,” said Fried. “The fact pattern is simply just too clear to avoid. Give campaign contribution big dollars, get special access to vaccines.”

“The Miami Herald article was a train wreck,” he said, denying any role in the Ocean Reef vaccinations. “That was not a state site. It was not anything that the state set up. It was done through one of the hospital systems that had vaccine,” said DeSantis.

Still, Fried pointed to other examples including the controversial vaccination clinic at Lakewood Ranch in Manatee County, and another in Sarasota’s upscale Boca Royale community.

“And if it is a hospital that’s doing this, we still have to have a paper trail,” said Fried. “How did it get to the hospitals? Who made the specific request?”

Fried’s request that the FBI investigate comes just days after U.S. Rep. Charlie Crist asked the Department of Justice to look into the situation as well.

Unfortunately, said Fried, buying political influence is nothing new. But this, she said, has a direct impact on people’s lives health and wellness.

Fried is widely seen as a potential Democratic candidate for governor. But she says this is about protecting Floridians - not politics.