Can a dead person vote?

No, but it's possible somebody passed away after casting their ballot legally. 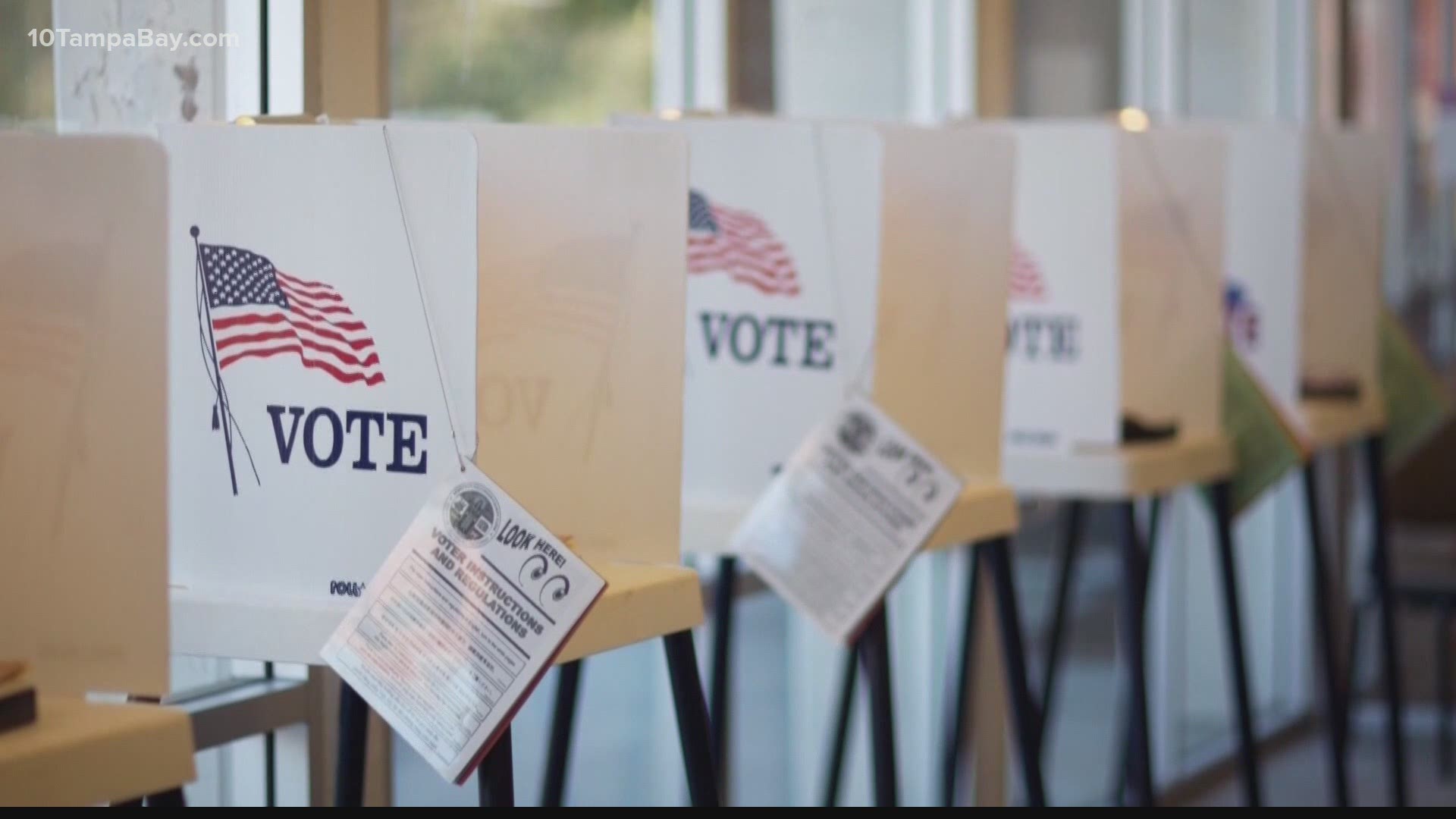 10 Tampa Bay Vote Squad’s Courtney Robinson wanted to get the facts and called on Hillsborough County Supervisor of Elections Craig Latimer, who is also the president of the Florida Supervisors of Elections.

“In talking with your 66 other counterparts, have there been issues this election with them finding individuals who were deceased who should not have voted that voted?” she asked.

Technically, someone who passed away before Election Day could have voted early or by mail in Florida. But, they would have been alive when they cast the actual ballot.

“As long as they mail it, it’s postmarked or in my possession before Election Day, and they pass away, it’s counted by law,” he said.

When asked if that should be changed: “Legislators made it, we follow it,” he said.

There are things in place to make sure voter registration rolls are up-to-date. The rolls are locked 90 days prior to any election, but that does not apply to voters who die. Deceased Floridians do get removed throughout the process.

“I will tell you that in Florida we oftentimes, if somebody passes away, generally within 48 hours to 72 hours we're finding out about it. The state's notifying us. So, it's a pretty quick turnaround,” Latimer said.

The state, through the Florida Department of Health, notifies supervisors of elections. Some election offices check obituaries. They also hear from family members who present death certificates.

With Florida in the unique position of having voters who may spend time in other states, the state is part of the Electronic Registration Information Center also known as ERIC.

ERIC allows Florida and the other 30 states to communicate and compare records. They are aware when a voter moves, becomes ineligible to vote and also when they pass away.

“You made the best analogy is that you go to vote the very first day of early vote, you've put that ballot into the tabulator yourself, and a week later, you pass away that vote is going to count. And it should, the same way with, you know, the vote by mail,” said Latimer.

“Nobody has intentions of dying before election day. You know, that's an unfortunate circumstance. But the person with all good intentions cast that ballot.”

Supervisor Latimer also said it’s possible an elections office mails a ballot to someone who was already deceased, but there are checks and balances in place to make sure someone else doesn’t vote that ballot.

The signature on the outside of the envelope must match and again, county supervisors of elections are made aware within 2 to 3 days.