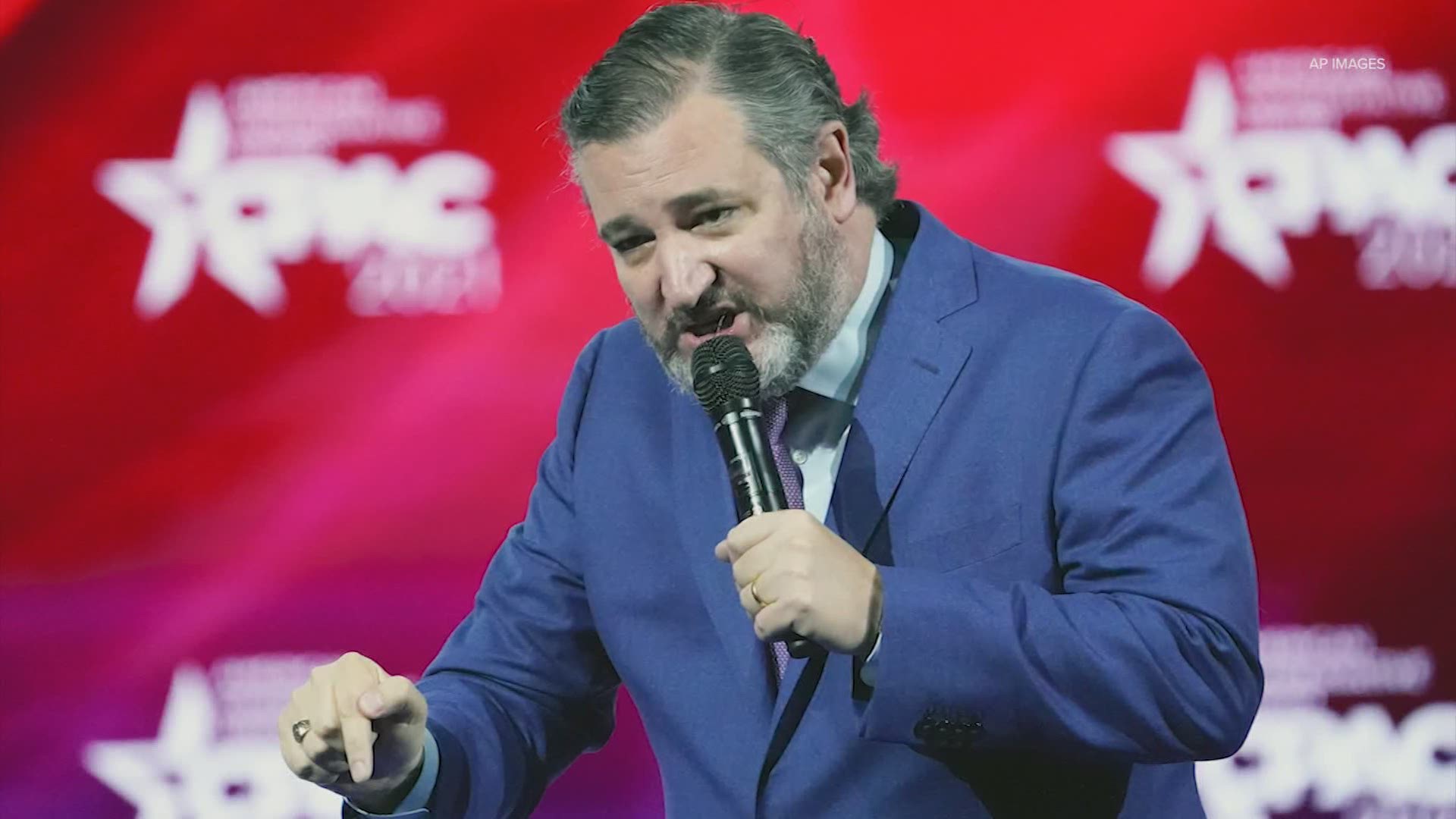 ORLANDO, Fla. — U.S. Sen. Ted Cruz, in a speech Friday at a major national conservative gathering, joked about his recent trip to Cancún during the Texas winter weather crisis and promised that former President Donald Trump would be a lasting force in the Republican Party.

Cruz opened his Conservative Political Action Conference speech by poking fun at his controversial trip to Cancún, which sparked a national uproar late last week, according to the Texas Tribune.

“I gotta say, Orlando is awesome. It’s not as nice as Cancun,” Cruz said, pausing amid laughter in the crowd. “But it’s nice.”

After being roasted on social media, Cruz returned early from his trip to Mexico and admitted it was "mistake."

He went on to use the address to rally Republicans against the Biden agenda. At one point, he brought up Trump and said there were some in Washington who want to move on from him.

“Let me tell you this right now: Donald Trump ain’t goin’ anywhere,” Cruz said, arguing the GOP has become the party of “not just the country clubs” but also blue-collar workers.

“That is our party and these deplorables are here to stay,” Cruz added, referring to the term Hillary Clinton used to describe some of Trump’s supporters in the 2016 presidential race.

The Texas Republican made fun of mask wearers and "cancel culture" and joked about a report that former U.S. House Speaker John Boehner told him to "go f--c yourself," while recording the audio version of his new memoir.

Tommy Zegan (black and white shirt) is the artist behind the gold Trump statue here at #CPAC. He said he tried giving it to Trump for his birthday last year but the Secret Service wouldn’t let him. @orlandosentinel pic.twitter.com/yneifzVkjn

“Yesterday, John Boehner made some news,” Cruz said. “He suggested that I do something that was anatomically impossible — to which my response was, ‘Who’s John Boehner?’”

Cruz appeared at the annual CPAC conference in Orlando as President Joe Biden headed to Texas to see the state’s recovery from last week’s storm, which left millions of Texans without power and potable water.

Biden was joined in Houston by the state’s senior U.S. senator, John Cornyn, as well as Gov. Greg Abbott, both Republicans. Democrats Sheila Jackson Lee, Sylvia Garcia and Al Green were on hand to greet him at Ellington Airport.

Former President Trump is scheduled to speak at the Orlando conference on Sunday.

This story is from our partners at The Texas Tribune. Read more here.