The Department of Economic Opportunity is required to move its unemployment system to what could be a more stable cloud-based service. 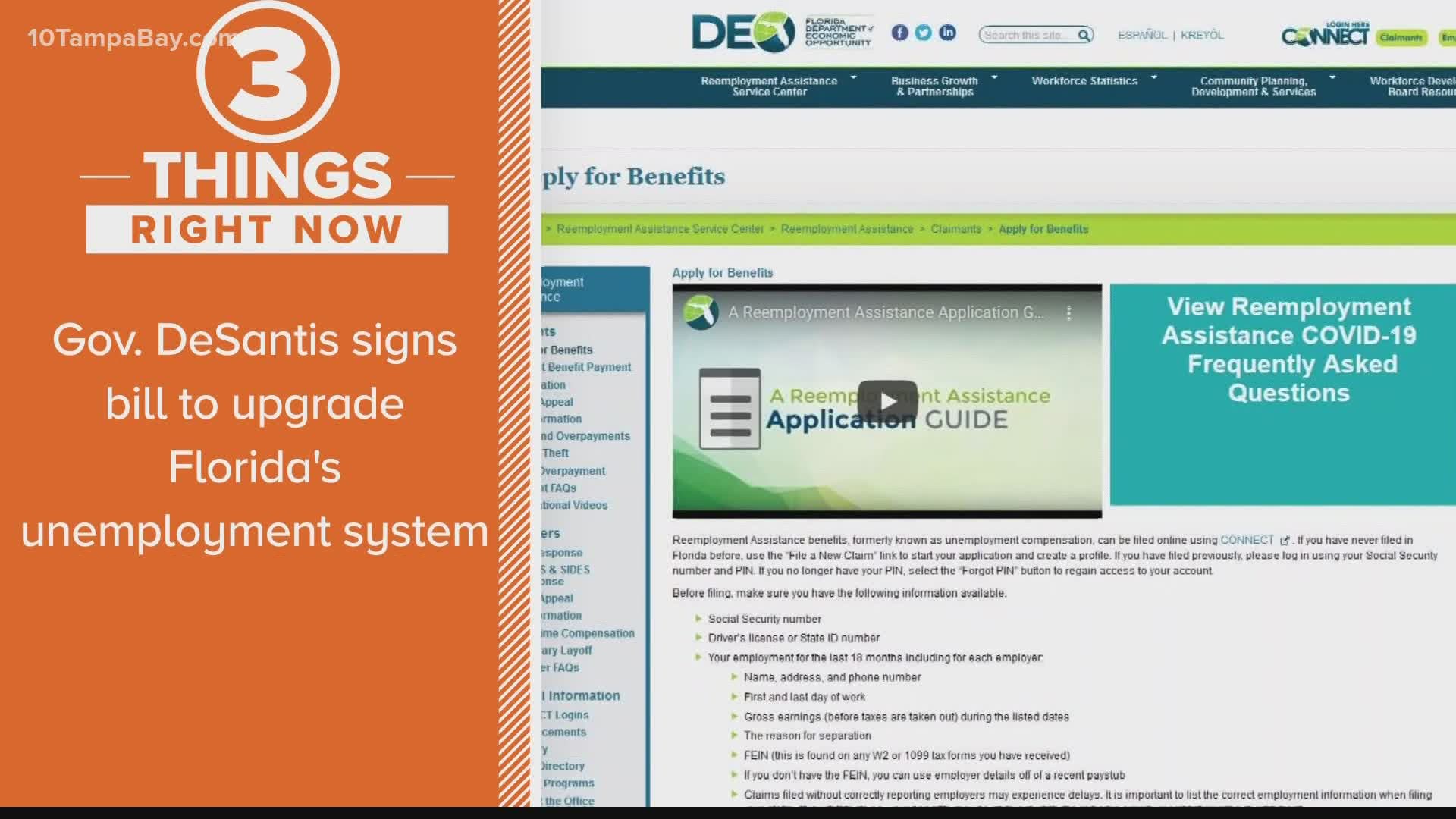 TALLAHASSEE, Fla. — Changes to the state's unemployment system and tobacco laws were among the flurry of bills signed Friday by Florida Gov. Ron DeSantis.

The governor's office announced in a news release he signed 15 bills that had been debated and passed by lawmakers during the most recent legislative session.

House Bill 1463 requires the Department of Economic Opportunity to create an unemployment system hosted in a cloud computing service "that provides for rapid provision of additional data processing when necessary."

The state's current CONNECT system, one that DeSantis called a "jalopy," was knocked offline time and time again as people rushed to file unemployment claims toward the beginning of the COVID-19 pandemic. Cloud computing systems essentially deliver online services -- like banking, shopping and streaming live video -- at high speed and with greater reliability.

Lawmakers did not, however, act upon increasing unemployment benefits themselves. At $275, the state ranks among the bottom five for pay from unemployment insurance claims.

DeSantis also signed Senate Bill 1080, which raises the state's minimum age to 21 for purchases of tobacco or nicotine products. Former President Donald Trump signed a similar measure in 2019 that made it illegal for a retailer to sell any tobacco product, including vaping products, to anyone under 21.

"We are working to keep tobacco and nicotine products out of the hands of children," State Rep. Jackie Toledo, R-Tampa, said in a news release. "...This legislation is a step in the right direction, demonstrating Florida’s commitment to work with regulators and stakeholders to combat underage use."

Health groups, including the American Lung Association, criticized the law as it, in part, prevents local regulations on the marketing and sale of vaping products and tobacco, according to the News Service of Florida.