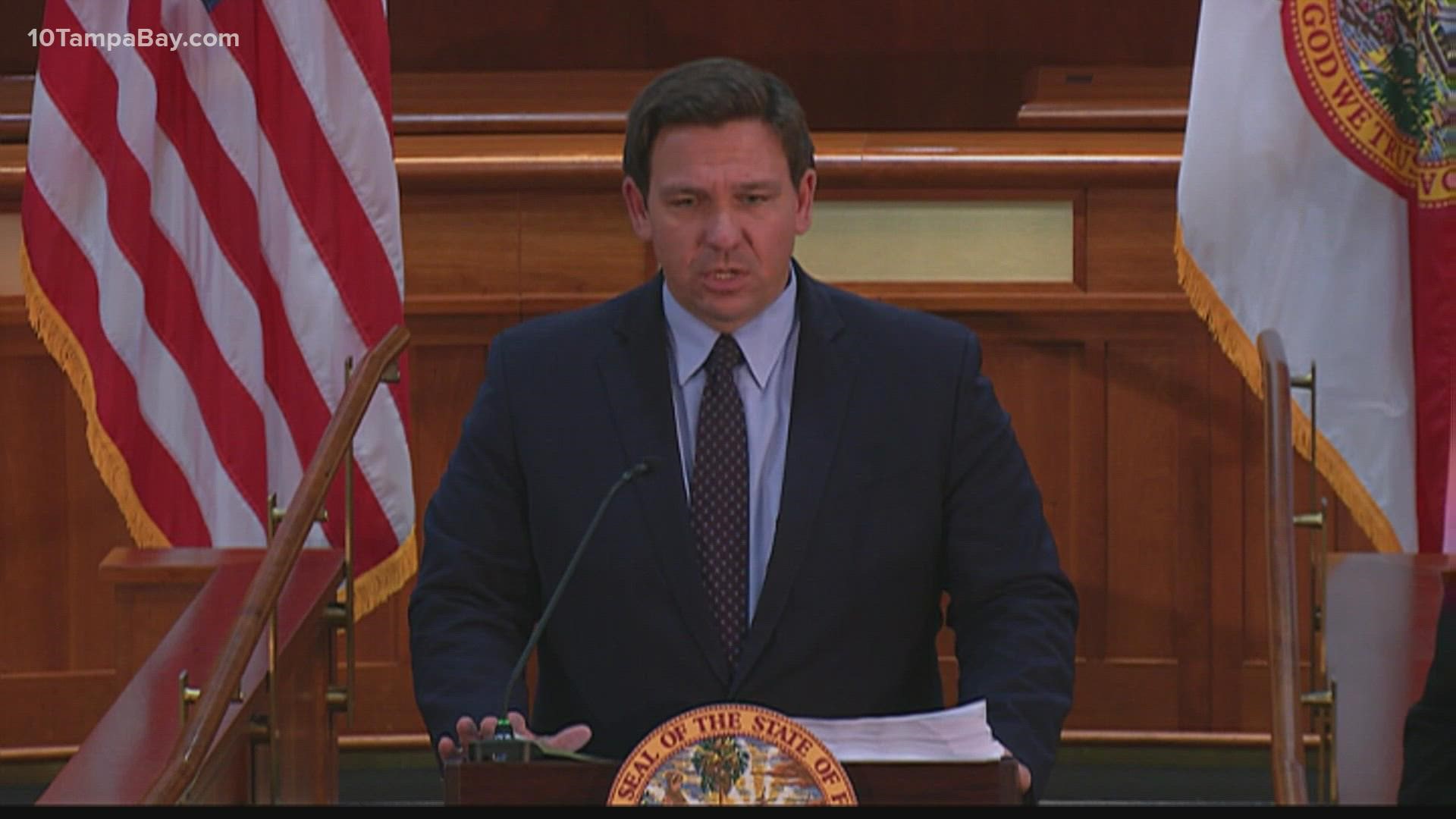 FLORIDA, USA — Another day, another mandate, another lawsuit.

Florida Gov. Ron DeSantis and Attorney General Ashley Moody said the state plans to sue the federal government after the Occupational Safety and Health Administration on Thursday announced its rules for large companies to have workers vaccinated against COVID-19 or submit to weekly testing.

“This is not anti-vaccine, this is pro-freedom,” Moody said at a press conference on Thursday.

Legal expert and professor Jeff Swartz from Western Michigan University Cooley Law School says he thinks recent cases the governor has brought forth may not help his fight in court against these new OSHA rules.

“Because those other cases came back the way they did come back, and that the federal government had the right to place these mandates, they’re going to feel exactly the same about this as they did about those,” he said. “Look at what OSHA stands for. Occupational Safety and Health Administration. They are charged with protecting workers, and if they feel, and there is a basis for them to feel, that workers need to be protected, then they have the right to promulgate the rule.”

We got another take from University of South Florida professor and legal expert Dr. Jay Wolfson about whether the governor may couple this lawsuit with one he announced last week about the vaccine mandate for federal contractors.

“The courts may choose to combine them,” Wolfson said. “My suspicion is that the governor is going to want to keep them separate because that gives him separate cannonballs to fire at the federal government.”

At the end of the day, both of these experts say they expect this litigation to move fairly quickly, and that whether he wins or loses in court, DeSantis will benefit from the process.

“Either way, the governor is going to have a political victory,” Wolfson said. “Because he’s challenging the authority of the federal government, which is what the people of Florida, and other states, are keen on doing right now.”

Swartz says political moves like one this are what the governor’s political supporters want to see.

“This is a lawsuit that’s going nowhere very rapidly,” he said. “It’s really meant for ‘red meat’ for the base”

We also reached out to the Employers Association Forum about how employers in our state are reacting to the mandates. A representative tells us the logistics of this are tough, saying “It’s a challenge for employers to administratively pull all of this information together, to put their policies in place by Jan. 4th, and there are some very legitimate concerns about employees leaving the organization.”