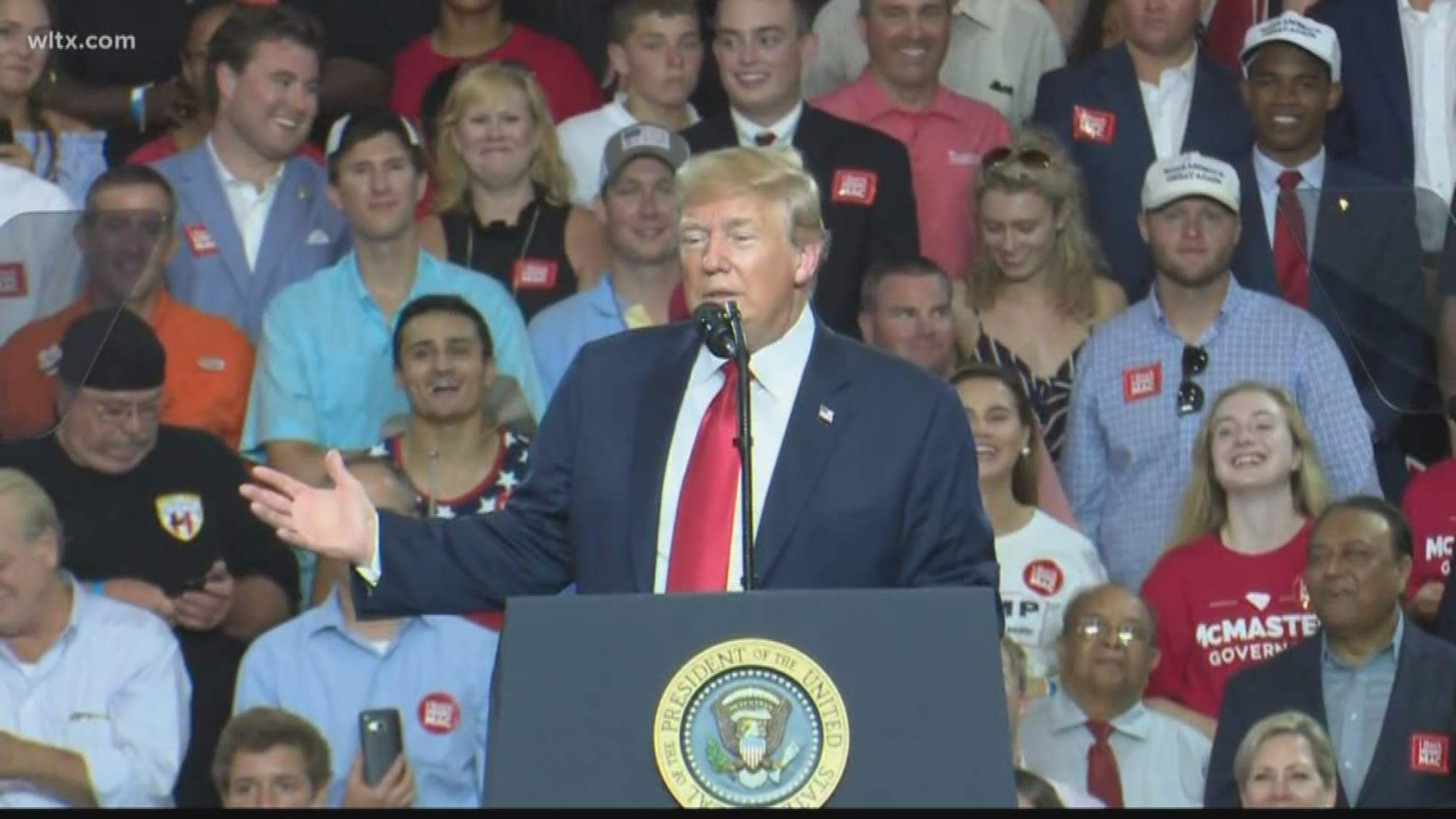 COLUMBIA, S.C. — The South Carolina Republican and Democratic parties are preparing for President Donald Trump to speak at Benedict College on Friday.

The weekend event, which will feature Democratic presidential candidates on Saturday and Sunday, is focused on criminal justice reform.

“From creating the lowest unemployment rate for African Americans ever, to passing the First Step Act last year, which was by far the most meaningful criminal justice reform ever. To his record on the tax cuts and jobs act, which created more than 9,000 opportunity zones across this country in all 50 states. So, he has a record to tout, it's exciting to have him here in South Carolina at Benedict College. It gives them kind of a great platform on the world stage to showcase what they're doing as well,” Jackson said.

RELATED: President Trump coming to Columbia for visit next week at forum

Jackson added it would give the President opportunity to speak about his work with South Carolina Senators Tim Scott and Lindsey Graham, also Republicans.

Across the aisle, state Democratic party chair Trav Robertson said it's not that simple.

“So yeah, they can come and talk about all these platitudes, but that doesn't make it a reality. At the end of the day, the trade policies that this President and Tim Scott and Lindsey Graham support, are putting African American farmers in jeopardy of losing their farms and their crops. When you talk about people being laid off? Systematically, it is African Americans in this state. And when you talk about the wage gap between the wealthy and the poor? It's normally the African American community that suffers the most because of these policies,” Robertson said on Thursday afternoon.

Robertson went a step further, calling the visit to a HBCU hypocritical since he claims Republicans work to suppress minority voters.

Democrats plan to protest on Friday starting on Taylor Street.

“We just want to make sure that people still remember we have a Constitution, because Donald Trump and the Republicans obviously don't believe in the Constitution. So that's the first and foremost aspect of this. Everybody has an opinion about the President's visit to this community. And at the end of the day, it is extremely important that people gather together to voice their concerns, whether it is a protest, or whether it is in support of because it is a fundamental tenet of this democracy,” Robertson said.

RELATED: President Trump coming to Columbia for visit next week at forum

“They're welcome to their own voice. I'm sure we will have hundreds of people out there as well to welcome the President. At the end of the day South Carolina is Trump country and they'll be dwarfed by the people that are deciding to drive up from the low country or down from the upstate and across the country to welcome the President,” Jackson said in response.

Jackson said the President might visit again before the 2020 election, but said the party expects the President and state’s GOP incumbent congressional delegation to win comfortably.

The President's event on Friday is sold out.