As the campaigns kick into high gear, millions of voters in key battleground states have already cast their ballot. 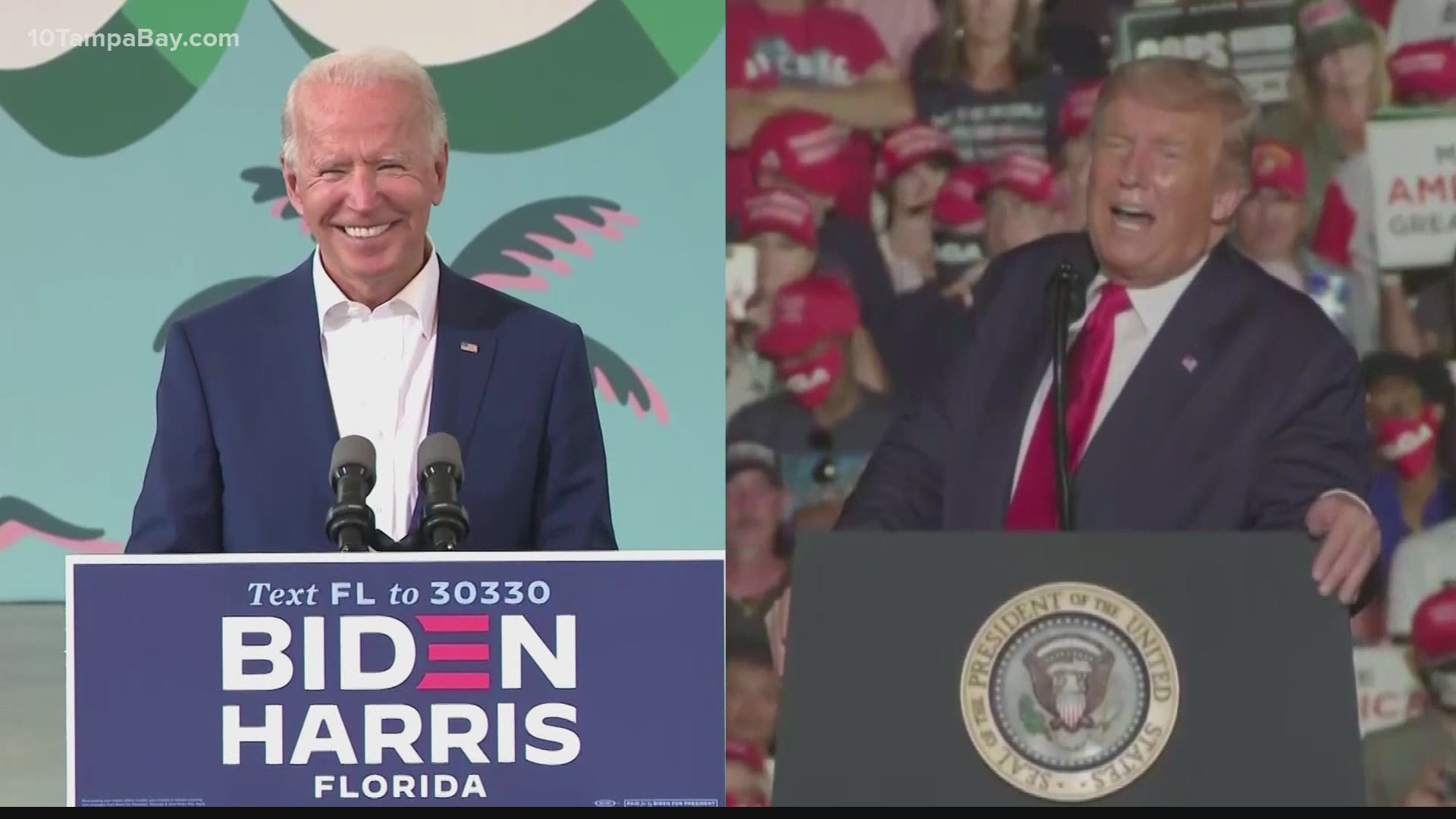 With Election Day still three weeks away, nearly 2 million Floridians have already voted by mail as of Tuesday, according to the state Division of Elections. Another 3.8 million ballots sent out have yet to be returned.

Early in-person voting in the state doesn’t even begin until Oct. 19.

“We are in that phase where the campaigns are emphasizing their base supporters,” said Joshua Scacco, associate professor of political communication at the University of South Florida. “You want to make sure your best supporters are done early—have votes in the bank—so then you can shift resources to the harder to reach voters.”

Scacco says we should start thinking of it more like an election month leading up to the final day to vote.

Nationwide, the number of ballots already cast is nearing 12 million, according to data compiled by the U.S. Elections Project, led by University of Florida professor Dr. Michael McDonald. By this same time in the 2016 election, just 1.4 million ballots had been cast.

McDonald says the seismic shift in how people are voting this election is two-fold, driven by COVID changes that expanded early voting options and a highly contentious race, he writes on his website.

“The old adage that you can lead a horse to water but you can’t make him drink seems very appropriate. Just because a state provides an early voting option, or sends a voter a mail ballot, does not mean that the voters must vote at the first opportunity to do so,” McDonald said. “People are making a choice to vote at their first opportunity.”

But even before the pandemic and today’s politics, early and mail-in voting had more than doubled between 2004 and 2016, according to the U.S. Election Assistance Commission.

Scacco says that trend will only continue to change how candidates campaign in the final stretch.

“This makes the months of August and September much more significant,” he said. “We can think of 2016 and the Comey letter dropping at the end of October. In the future, some event like that might not necessarily have the impact.”

With the addition of KY, and updates from AK, OK, and WV, at least 11.8 million people have voted in the 2020 general election https://t.co/s8K2xFDeSA pic.twitter.com/5hLA6ZjdT1