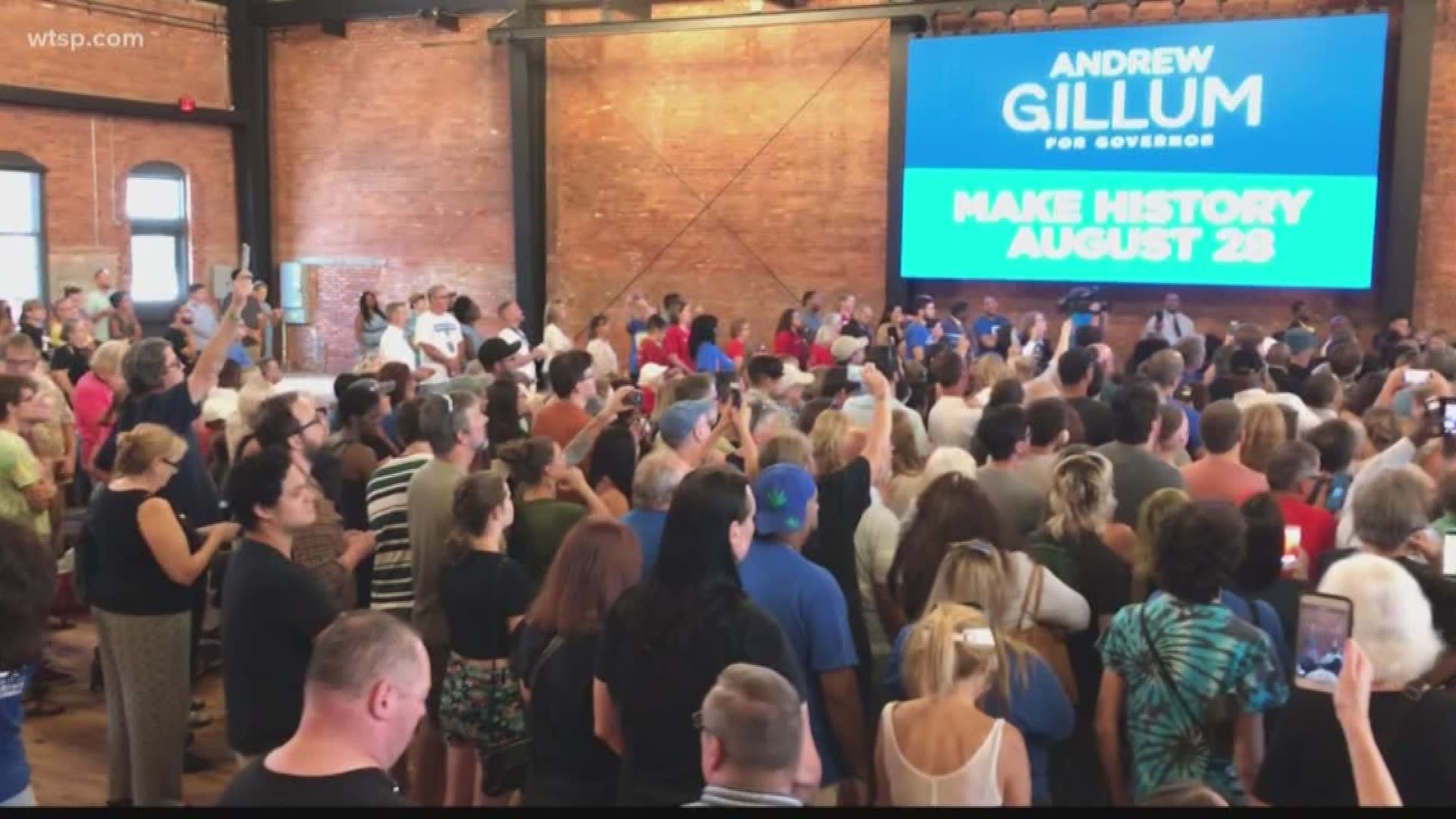 For progressive democrats looking for a national endorsement these days, Bernie Sanders is about as big a name as it gets.

But will that endorsement be enough to push Gillum to a primary win with less than two weeks to go before the election?

Sanders literally embraced Andrew Gillum at a rally at Armature Works in Tampa, endorsing the Tallahassee mayor in his bid to become Florida’s next governor.

“You’ve got to get involved in the political process,” Sanders urged the crowd, “You’ve got to work with Andrew to transform this state.”

Related: Where do the candidates for Florida governor stand on the issues?

Gillum’s team says their internal polling now shows Gillum running second now and gaining momentum, although the most recent published poll had him running a distant fourth in a five-person race.

“The other folks in this race believe they’ve got this race walking away,” said Gillum, “But, we’ve got another thing coming for them. We are going to show up.”

“You know, I don’t know if it would flip completely,” said Gillum supporter Kay Howell, “But it would certainly help Andrew give it a good run.”

Both Sanders and Gillum fired up the crowd of about 1,000 by talking about progressive issues like a ban on "assault-style" weapons, repealing stand your ground, universal health care, and raising the minimum wage to $15 an hour.

Sanders’ visit, and his endorsement of Gillum, come just 11 days before the Florida primary.

Supporters say they appreciate it, but it might’ve been more effective had it occurred a month ago.

“Yeah, without a doubt,” said Gillum supporter Russ Patterson. “But this is very energizing. It will also help get the volunteers motivated.”

“I think it’s huge,” said Anthony Spring, who brought his entire family to the rally. “With how closely their platforms align.”

Gillum and Sanders were scheduled to hold a second campaign rally in Orlando later in the day, underscoring the political importance of the I-4 corridor.

The crowd in Tampa was feeling the Bern, as Gillum tries to turn up the heat.