Can I change my vote in Florida? Google search spikes after President Trump's tweet

Some states allow voters to change their votes once cast, but Florida does not. 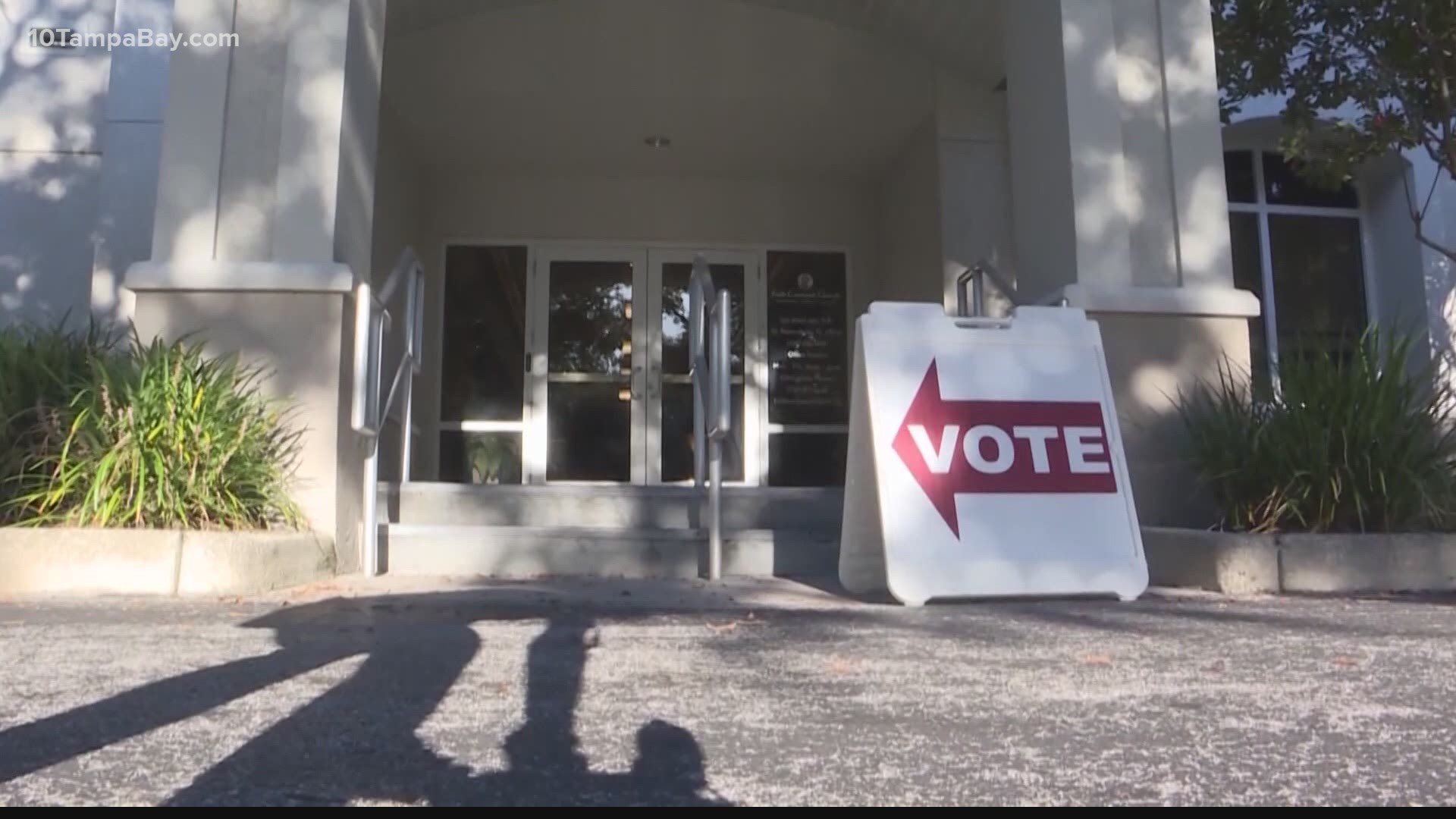 ST. PETERSBURG, Fla. — Searches of the phrase "Can I change my vote" spiked Tuesday in the U.S., and particularly in the battleground state of Florida, according to data from Google Trends.

The spike in searches happened around the same time President Donald Trump tweeted, "Strongly Trending (Google) since immediately after the second debate is CAN I CHANGE MY VOTE?"

The president says in most states, voters can change their ballots, and then encourages people to "go do it." We looked into that assertion.

Strongly Trending (Google) since immediately after the second debate is CAN I CHANGE MY VOTE? This refers changing it to me. The answer in most states is YES. Go do it. Most important Election of your life!

So, can voters in most states change their vote after casting their ballot?

There are several states that do allow voters to change their vote after casting an early ballot, including Wisconsin, Minnesota, Michigan, Pennsylvania, New York, Connecticut and Mississippi, according to research done by CNN in 2016.

"In some states, you can submit your ballot, have a change of heart, and submit a new ballot," Matthew Weil, director of the Election Project at the Bipartisan Policy Center told Newsy in September.

According to the New York Board of Elections, a voter in that state could technically change their vote if they submitted an absentee ballot and then went to vote in person.

"The Election Law recognizes that plans change," the board states. "If the voter comes to the poll site, on Election Day or during early voting and votes in person, the absentee ballot is set aside and not counted."

Florida is one of the states that does not allow voting more than once, along with North Carolina, Ohio and Arizona.

Weil says the of the few states that do allow do-overs, most aren't able to count mail and absentee ballots until Election Day or after, making it more feasible for a voter to change their ballot.

But in Florida, mail ballots can start to be counted two weeks prior to Election Day.

"Once a ballot envelope is verified and the ballot is removed from that and put through a tabulator it can’t be connected back to a voter so there won’t be an option to pull it out so that a voter can change their mind," Weil told 10 Tampa Bay.

"So it’s really only an option in those states that don’t start any of those processes until pretty close to Election Day or even later.”

The state, however, does allow people who requested and received a mail-in ballot to change their minds about their method of voting and go vote in person. According to the Florida Division of Elections, as long as a voter has not yet sent back their mail-in ballot they can bring it with them, "marked or unmarked to the polls to turn the ballot in and vote a regular ballot."

Florida is among about a dozen key battleground states in the 2020 presidential election. Both Trump and Democratic nominee Joe Biden are set to make more stops in Florida this week as the Nov. 3 election draws closer.

Similarly, their campaigns will also be touring the Sunshine State, with former President Barack Obama campaigning for Biden and Trump's daughter Ivanka hosting events on Tuesday.

Seven days out, nearly 60 million ballots have been cast in the U.S. so far, shattering early voting records set in 2016. In Florida, Democrats have outvoted Republicans by a 596,000 margin by mail, while Republicans only have a 230,000 edge in person, according to the Associated Press.

In the Tampa Bay area, both Hillsborough and Pinellas counties have reported record-breaking early voting and mail-in ballot numbers.