Crunching Florida’s early vote turnout: What does it reveal heading into Election Day?

Even with massive early turnout, the presidential race might still hinge largely on who shows up to the polls on Tuesday. 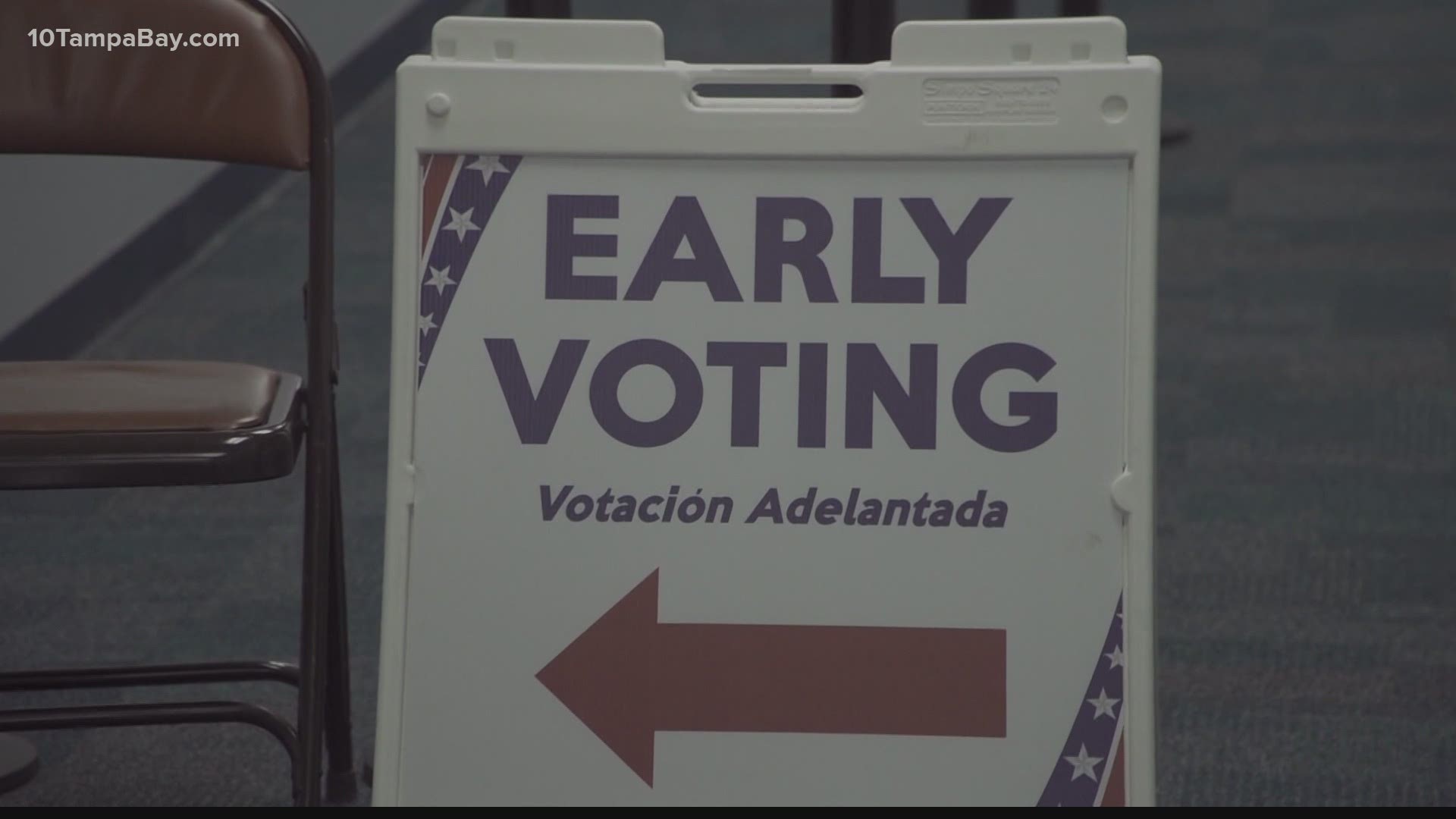 ST. PETERSBURG, Fla. — There have never been more votes cast in Florida prior to Election Day than this year.

Nearly 9 million mail ballots and in-person votes had been cast by the conclusion of early voting on Sunday, the state Division of Elections reported Monday, representing more than 62 percent of the state’s registered voters.

The early vote totals are just shy of the roughly 9.4 million total votes cast in Florida in the 2016 presidential election.

Heading into Tuesday, Democrats had higher turnout during early voting—but not by much—casting 108,123 more ballots than registered Republicans.

While vote-by-mail has been dominated by Democrats, Republican voters almost equally dominated during early in-person voting.

"That's definitely kind of an important factor going on here,” noted Matt Isbell, an election data analyst who has been crunching the state’s numbers for his website MCI Maps.

Isbell says historically Republicans in the state have favored mail-in voting while Democrats have done better during early voting. The reversal this year is likely due to COVID-19 and President Donald Trump’s repeated claims, without evidence, of widespread mail-in voter fraud.

Isbell says with early voting turnout between the two parties so close it is still very much about who shows up on Tuesday.

"Most data shows the Republicans should lead the Election Day counts,” he said. “The question will be what that margin is."

That data shows Republicans have more so-called “super reliable voters” left to turn out, Isbell says. Those are the type of voters likely to show up, even if they haven’t done so yet, because they have turned out reliably in previous elections.

What that doesn’t factor in are first-time voters, which could favor Democrats.

But with ballots already banked from more than half of Florida’s registered voters, 10 Tampa Bay political analyst Lars Hafner says turnout on Tuesday would have to break overwhelmingly toward one side or another to make a significant difference.

"If Florida is going to set an election record, there could be 23 percent more who come to the polls,” Hafner said. “How many of that 23 percent is left—the high numbers in early voting and mail ballots have taken a lot of the numbers from both parties.”

The other big factor to keep in mind, says Hafner, is the nearly two million voters not registered with either party who’ve already voted. Polling has shown they are leaning toward former Vice President Joe Biden.

“Usually in a race like this [NPA voters] will break, not for the incumbent, but for the challenger,” Hafner said. “Also the key here to remember is there’s really no viable third party candidate like we’ve had in years’ past. They had 3 or 4 percent of the vote… when Donald Trump won Florida by 113,000 votes in 2016.”