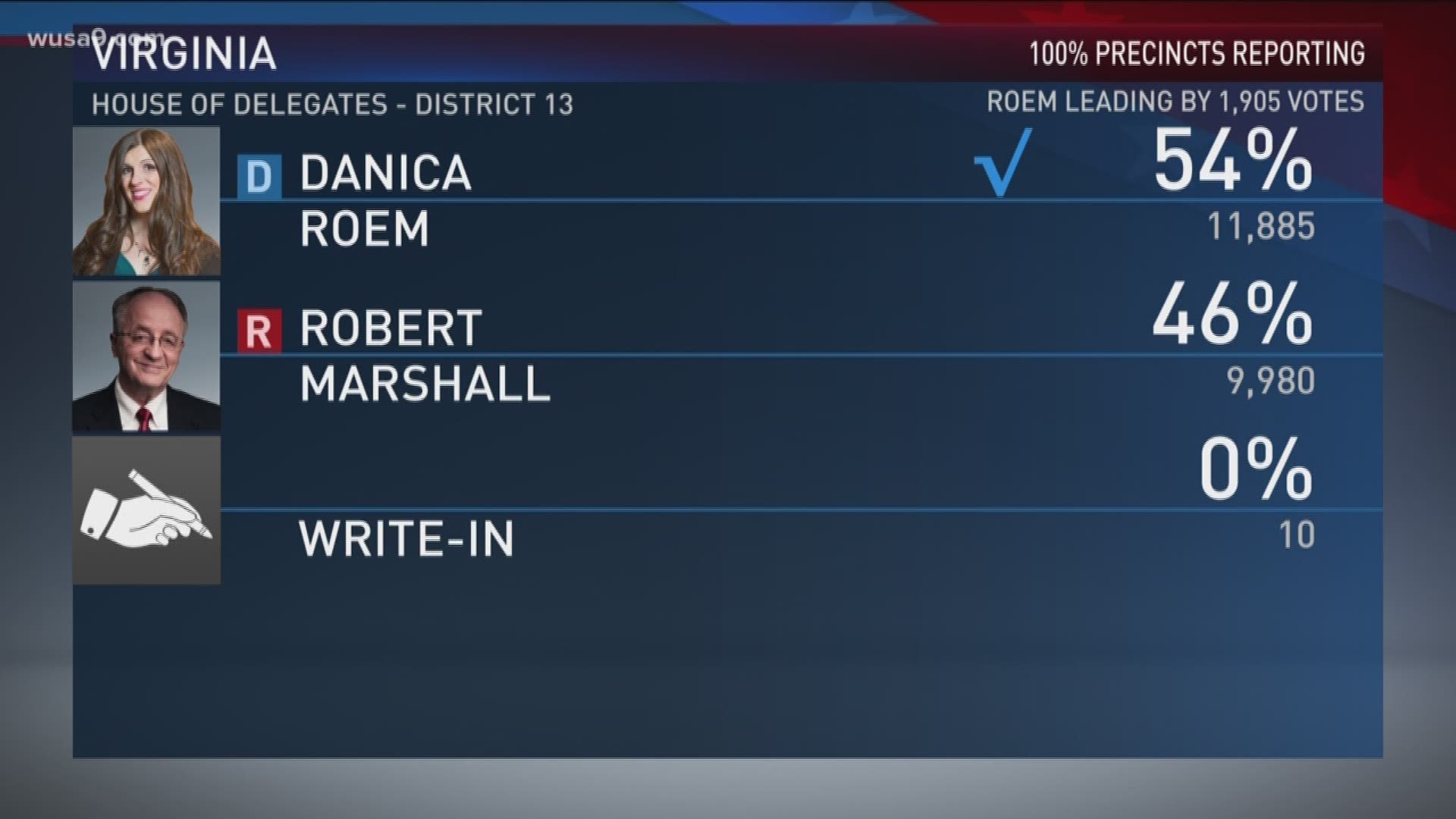 A former journalist has unseated one of Virginia's most socially conservative lawmakers to become the first openly transgender member of the House of Delegates.

Marshall has served in the House since 1992 and has been a lightning rod for controversy. He has often drawn the ire of even his own party.

Roem will make history as the first openly transgender person elected and seated in a state legislature. But her gender identity wasn't a key part of her campaign. Instead, she focused on jobs, schools and northern Virginia's traffic congestion.

Marshall was first elected to the House of Delegates in 1991. He served on the finance committee and the Counties, Cities and Towns Committee.

Previously Marshall has run for the U.S. Senate and the 10th congressional district; but, lost to Barbara Comstock.