Through all the campaigning, especially in battleground states where electoral college votes have been known to go both ways, does your individual vote matter? 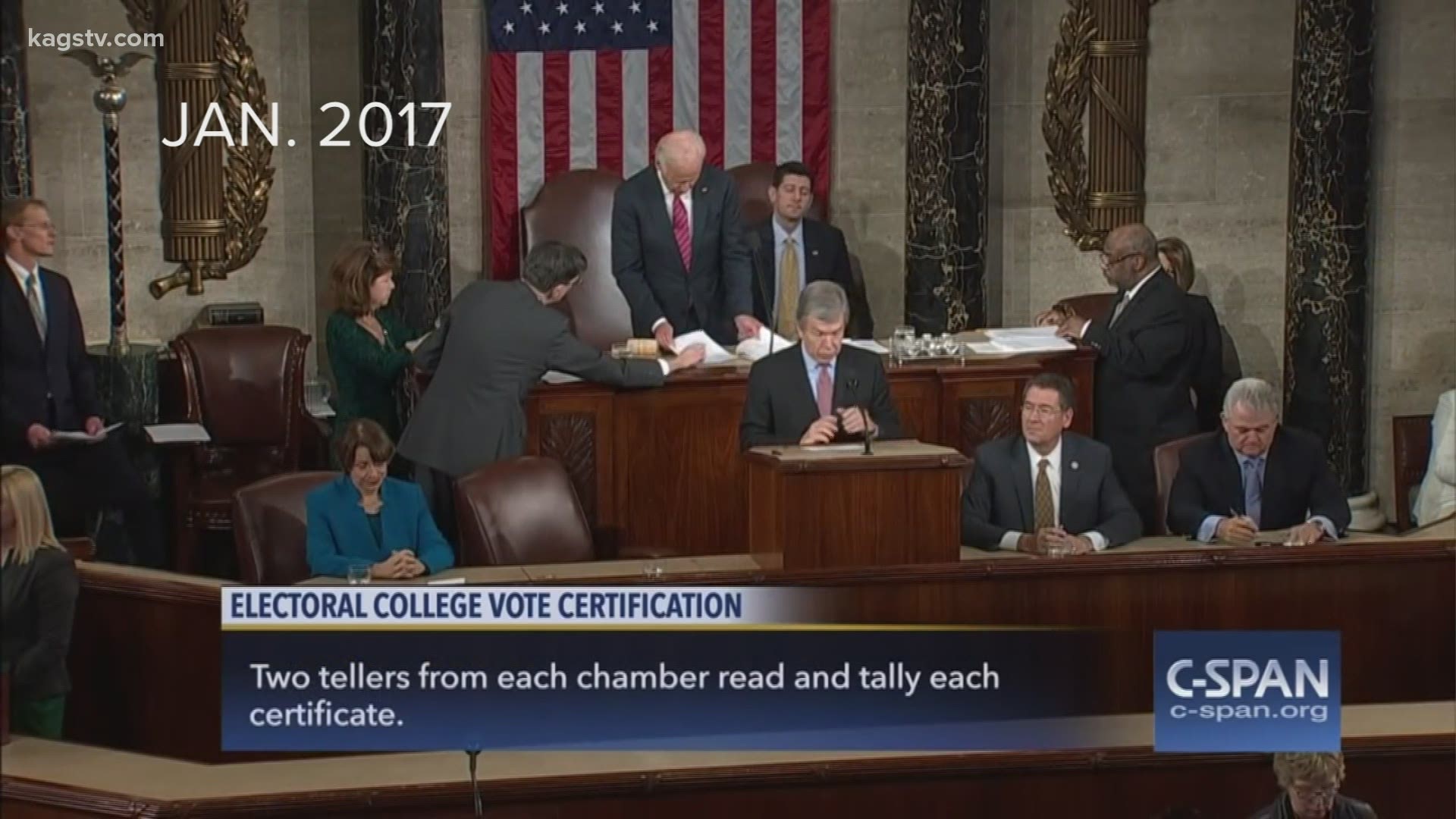 COLLEGE STATION, Texas — With just this week left of early voting and about a week until Election Day you might have questions about parts of our democratic process.

For instance, consider the Electoral College.

What is it? Why does it matter, and do our votes even matter?

"You can take that as a good or bad, but it does have some consequences.”

To understand the Electoral College system we have now, Professor Kirby Goidel says we have to go back a ways.

When setting up our democracy, our founding fathers didn’t want the people directly electing their president.

“They were worried that would create this link that would be dangerous that would lead to a demagogue which might undermine democracy," Goidel said, "The other part of it was that the election of the president had to happen through the states.”

Since that time, when voters cast their ballots every four years, they essentially vote for people, a nationwide total of 538 electors picked by parties to go represent them, who will then vote for the president.

Those electors will meet as part of the Electoral College and that meeting is when the president is actually elected.

Professor Goidel says that electors will make their decision based on the popular vote in their state.

They can always technically vote the other way, but that rarely happens, and some states, not including Texas have laws that punish that.

A lot of those punishments happen after the election, though.

“The winning president needs 270 electoral college votes. If they don’t get 270 Electoral College votes it goes to the house of representatives,” Goidel said.

Through all the campaigning we see, especially in battleground states where those Electoral College votes have been known to go both ways, does your individual vote really matter?

“In those battleground states, your vote would really only matter if it was the deciding vote, but absent that, if your state’s solidly blue or solidly red, probably not.”

If the country ever agreed on getting rid of the Electoral College, Goidel feels like that might raise new issues.

“I’m fine with getting rid of the electoral college," he said.

"I think it’s out of date and its probably time, but I’d be worried about what we replaced it with and whether we were creating a new problem.”

Professor Goidel also said that aside from battleground states, candidates and campaigns really pay attention to who is voting and will cater to that information, too.