A Sarasota-based cybersecurity company was hired by lawmakers to audit Maricopa County’s election. 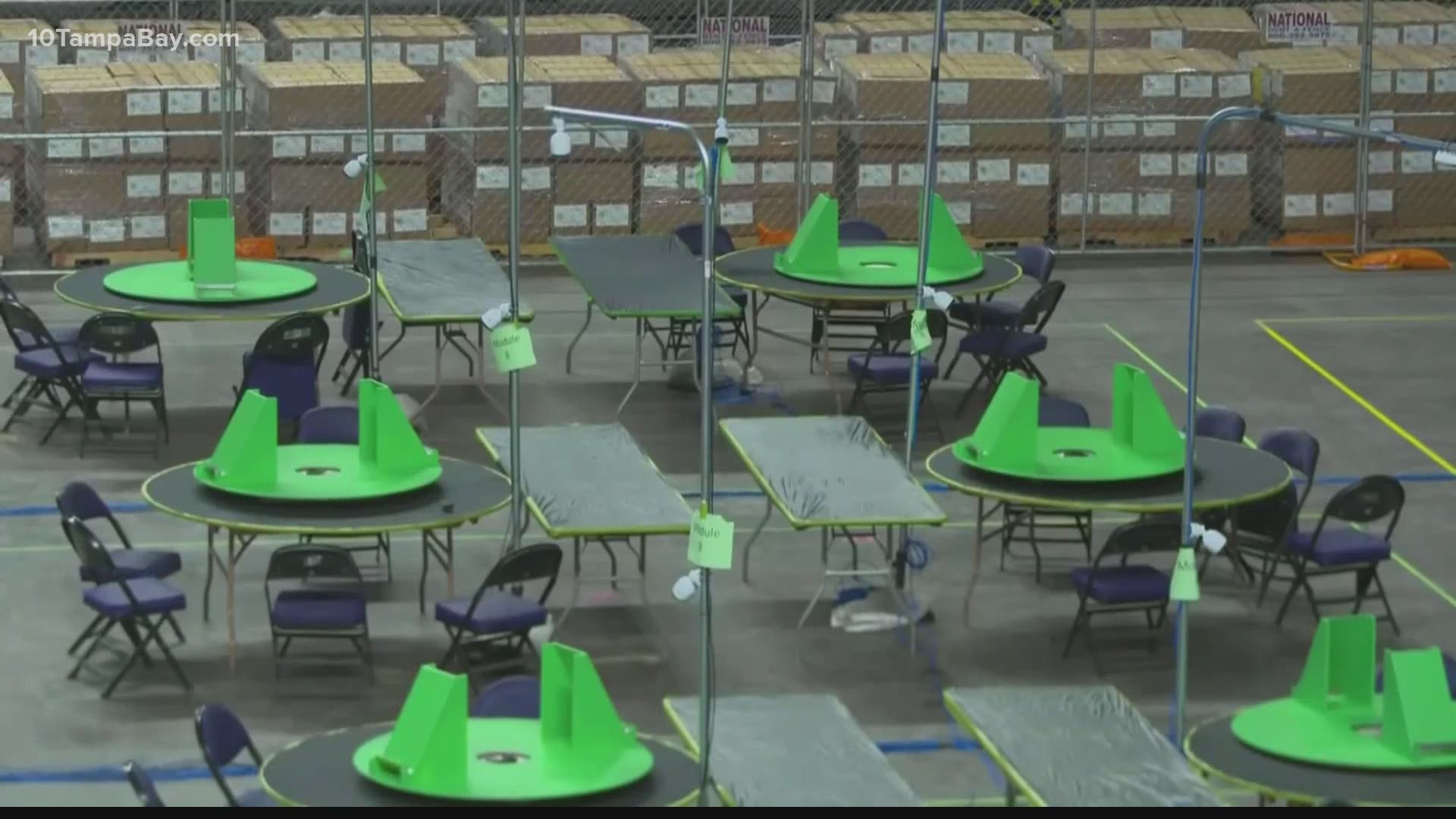 TAMPA, Fla. — The 2020 Presidential election is over. President Joe Biden was declared the winner. In Arizona, there is still controversy, and now it involves the integrity of voting systems from Maricopa County in future elections.

The state senate ordered an outside audit and hired a Sarasota-based cybersecurity firm called Cyber Ninjas. According to critics and the Associated Press, the company has no election audit experience.

A representative for Cyber Ninjas told 10 Tampa Bay the company was not doing interviews but would answer questions. Asked about any prior experience with election audits, the representative wrote:

"No one has experience with this level of audit because it has never been done. What’s important to remember is that Cyber Ninjas is the coordinating firm of four companies conducting various components of the audit. In each component, the company administering that work has election experience in that area. Each member of the team has been part of election audits, including Cyber Ninjas, which was part of election audits in Michigan and in Georgia."

Arizona Secretary of State Katie Hobbs (D) wrote a letter to Maricopa County leaders telling them to replace any machines touched by the company or its subcontractors after she says the machines are compromised after leaving the chain of custody of election administrators.

As for security, Cyber Ninjas says Arizona's audit is being secured with 24/7 video surveillance and includes locked areas that are guarded. Live streams can be viewed here.

The company called its audit "the most comprehensive and most transparent audit in American history," explaining that each of the 2.1 million ballots were being counted by hand by five-person teams. The audit should be completed by late June, and the results will be sent to the Arizona Senate.

10 Tampa Bay looked into how post-election audits work in Florida and how voting systems are secured outside of elections.

Voting machines are tested and certified as secure and accurate before any ballots are scanned or tabulated. After the election and results are certified, supervisors of elections are required to audit their systems. Some do that by hand, and others use electronic auditing systems which are separate from any machines that tabulate results.

The purpose of a post-election audit is to ensure those machines counted votes correctly.

“I've never heard of anybody ever having an outside company of any sort come in and do an audit in that manner,” said Marion County Supervisor of Elections Wesley Wilcox.

Wilcox has 30+ years of experience with elections. His colleague, Polk County Supervisor of Elections Lori Edwards, has 20.

“We can't be too transparent in this day and age. So it's always good for our public to see that our voting machine is working the way it should,” said Edwards.

The post-election audit is part of the process in Florida. It’s mandated by statute. Supervisors are charged with running their own audits that are open to the public.

An outside audit like the one in Arizona’s Maricopa County has never happened in Florida. Supervisors say there’s no statute allowing state lawmakers to order that. Wilcox says courts could, but says it’s unlikely and supervisors would oppose turning over any equipment to an outside party.

“Anything that leaves my custody, how can I ever have confidence that, you know, that that machinery has not been tampered with?” he said.

Before, during and after an election, supervisors are required to maintain the security of everything from ballots to voting systems. They have to file a security procedure with the secretary of state’s office.

“Election equipment in Polk County, or probably everywhere in the state is always under camera, it is always in a limited access room, there is always tamper evidence seals, there are always chain of custody, and the equipment has been certified by the Florida Department of State,” said Edwards.

“It goes against every single bone in my body and everything I know about election security, if you just let that loose to somebody outside of your organization.”

Some election officials in Florida use an electronic auditing system. That technology comes from a Boston-based company called Clear Ballot.

Clear Ballot has provided post-election audits in Florida since 2014. Major counties like Hillsborough, Broward and come later this week, Pinellas, use it.

The company’s vice president says the electronic auditing system is separate from all vote tabulating machines. Election workers are the ones who operate it, and it provides an independent tabulation of votes that they can then compare to certified election results.

The company says it was asked by the Arizona State Senate to submit a bid for its audit of Maricopa County. It did that but says it never heard back.

RELATED: Every ballot is accounted for during the voting process and after