Waiting for the results on Election Day won't be easy, but a mental health expert says there are four things you can do to cope. 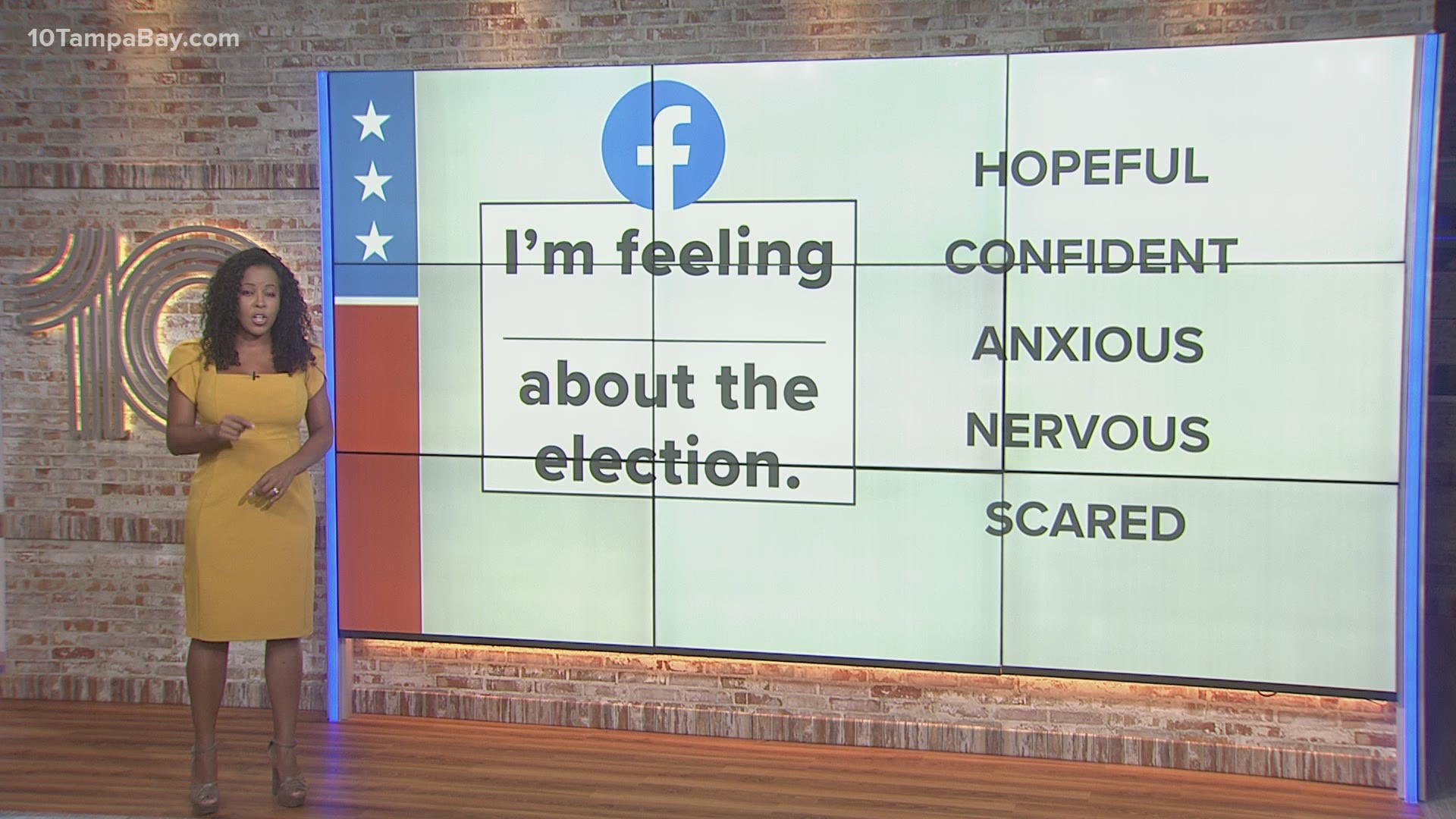 Morales is one of many feeling the stress of this political season. No matter who you're voting for, the months of waiting and deciding have been hard.

"Both sides feel that this is possibly the most important election. People always feel that way, but I think this has a different feeling to it definitely," Richard Padilla said.

Mental Health expert Kristin Kosyluk says people feel anxious because many groups like women and Black and LGBTQ Americans feel their rights are on the line.

"Everybody feels quite a bit of anxiety over the results of the upcoming election," said Kosyluk, a professor at the University of South Florida's Department of Mental Health Law and Policy.

Kosyluk says data from the American Psychological Association has risen 10 to 15 points after surveying voters across the country this year. Many are experiencing what's called "election stress disorder."

"The American Psychological Association has been surveying Americans in different election years to ask them questions about their levels of stress. This year, their survey results suggested that from the previous election, Americans are much more stressed out," Kosyluk said.

Waiting for the results won't be easy, but Kosyluk says there are four things you can do to cope:

While it may be stressful, voters say they have hope in the democratic process.

"Now more than ever given the sort of divisive state that we're in, it's critical for both sides to come together and get the country back on track, get COVID-19 under control, get the economy going again, and really for people to start getting along again. Americans are resilient and we'll come out of this, a stronger nation," Shawn Grace said.