Florida felon purge would be too late for this election

Florida is the largest swing state and one President Donald Trump must capture to win re-election over his Democratic challenger, former Vice President Joe Biden. 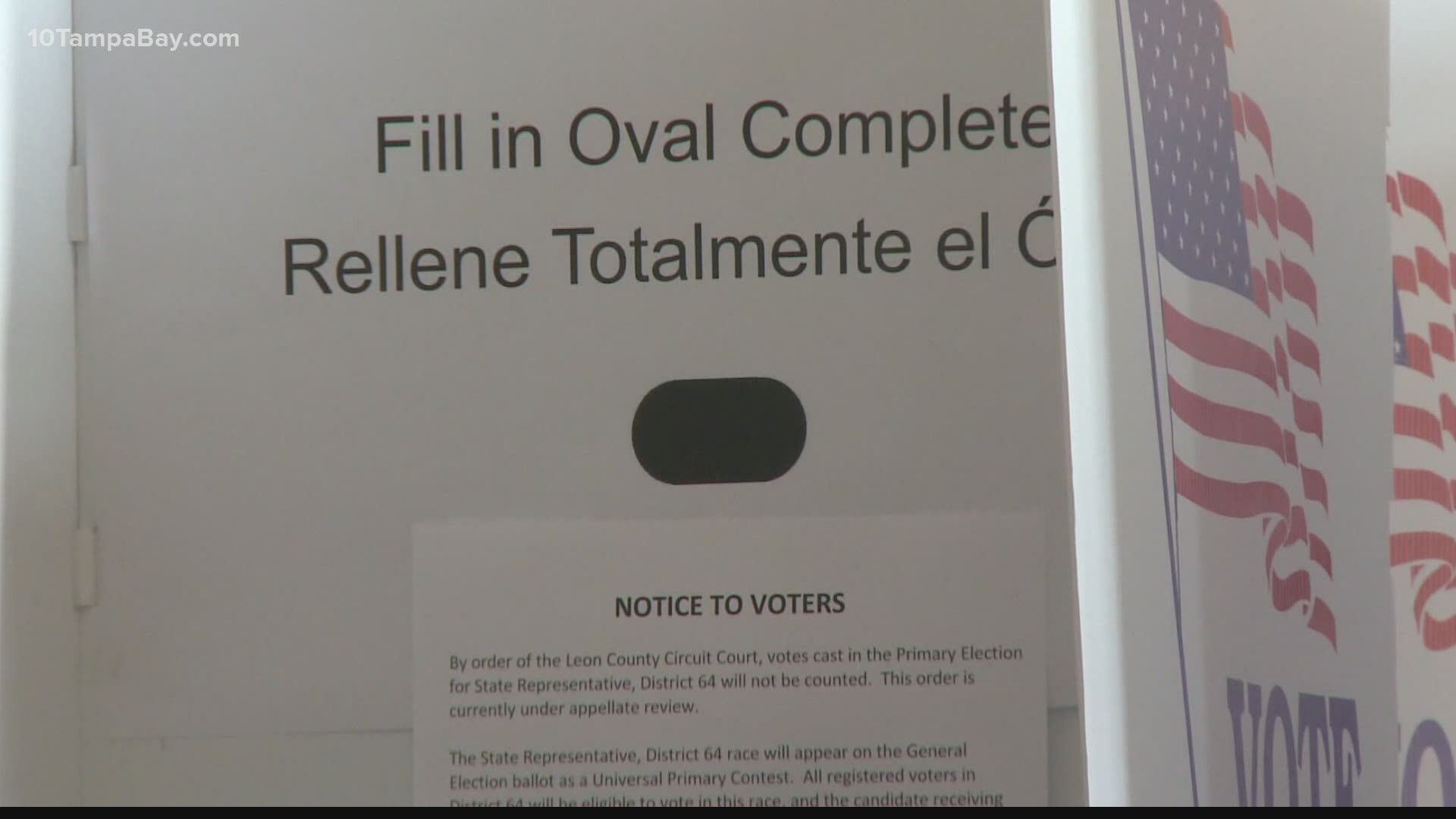 FORT LAUDERDALE, Fla. — The agency that oversees Florida elections said it will soon send a list of felons who remain ineligible to vote to the counties for a possible purge, but one that state law says will not be completed before the election.

Florida is the largest swing state and one President Donald Trump must capture to win re-election over his Democratic challenger, former Vice President Joe Biden.

The state sent the felon memo to the 67 county election supervisors this week but did not distribute it publicly. It says that the counties will soon receive lists of felons who have not paid their fines or court costs and remain ineligible to vote under a recent federal court ruling. The memo was first reported by Politico.

Florida voters in 2018 overwhelmingly approved a ballot measure allowing most felons the right to vote when they complete their sentences. Voting rights groups said that meant when they finished their prison terms and probation, but DeSantis and the Republican-led Legislature passed an implementing law last year that says it also includes fines and court costs.

Critics called that a poll tax, but the U.S. 11th District Court of Appeals recently sided with the state, overturning a lower court ruling. That means that up to 700,000 felons remain ineligible, according to a University of Florida study. An unknown number had already registered.

Secretary of State Laurel Lee said in a statement that the memo was just notification that the state plans to move forward soon with enforcing the law now that the appeals process is complete.

"The law with respect to legal financial obligations is now clear and there is no legal basis for the department to ignore the obligations spelled out in Florida Statutes," Secretary of State Laurel Lee said in a statement.

More than a dozen county elections supervisors contacted Friday by The Associated Press said it is too late to remove anyone from the voter rolls. They have not received any names from the state and, once they do, they will have to notify voters who are believed ineligible.

The voters then have 30 days to appeal the decision, putting any erasures well past Nov. 3. Once a ballot is cast, it cannot be traced and removed from the count. Mail-in voting is already underway in the state, with more than 2 million votes cast. Early voting begins Monday in many counties.

Civil rights groups accused Lee of trying to confuse felons who have paid their fines and are eligible to vote.

"On the eve of a consequential election, Florida officials are wrongfully endeavoring to scare as many eligible voters as possible," the ACLU, NAACP and Brennan Center for Justice said in a joint statement.

Meanwhile, Lee's office sent out a second, non-binding memo advising counties that drop boxes where voters can deposit their mail-in ballots should be staffed by an employee or a police officer whenever they are accessible to the public. That is already true in most counties, but some counties that have drop boxes that are accessible around the clock monitor them for periods with surveillance cameras.

A lawyer for the county supervisor of elections association disagreed with the state, saying the law only requires that the boxes be secure and doesn't give specific requirements. No supervisors contacted Friday said they plan to change drop box hours because of the state's guidance, with some saying that would confuse voters.

Bobby Beasley, supervisor in the Panhandle's Walton County, said he has used video surveillance for years and he plans to keep doing so this election.

"We have advertised the locations and they are currently being used by voters so I am not shutting them down," said Beasley, a Republican.

"Floridians should just keep doing what they are doing: voting, undistracted by these efforts," said Jackie Lee, the campaign's Florida director in a statement.