Melissa Howard is dropping out of the race for Florida House District 73, which covers parts of Manatee and Sarasota counties. 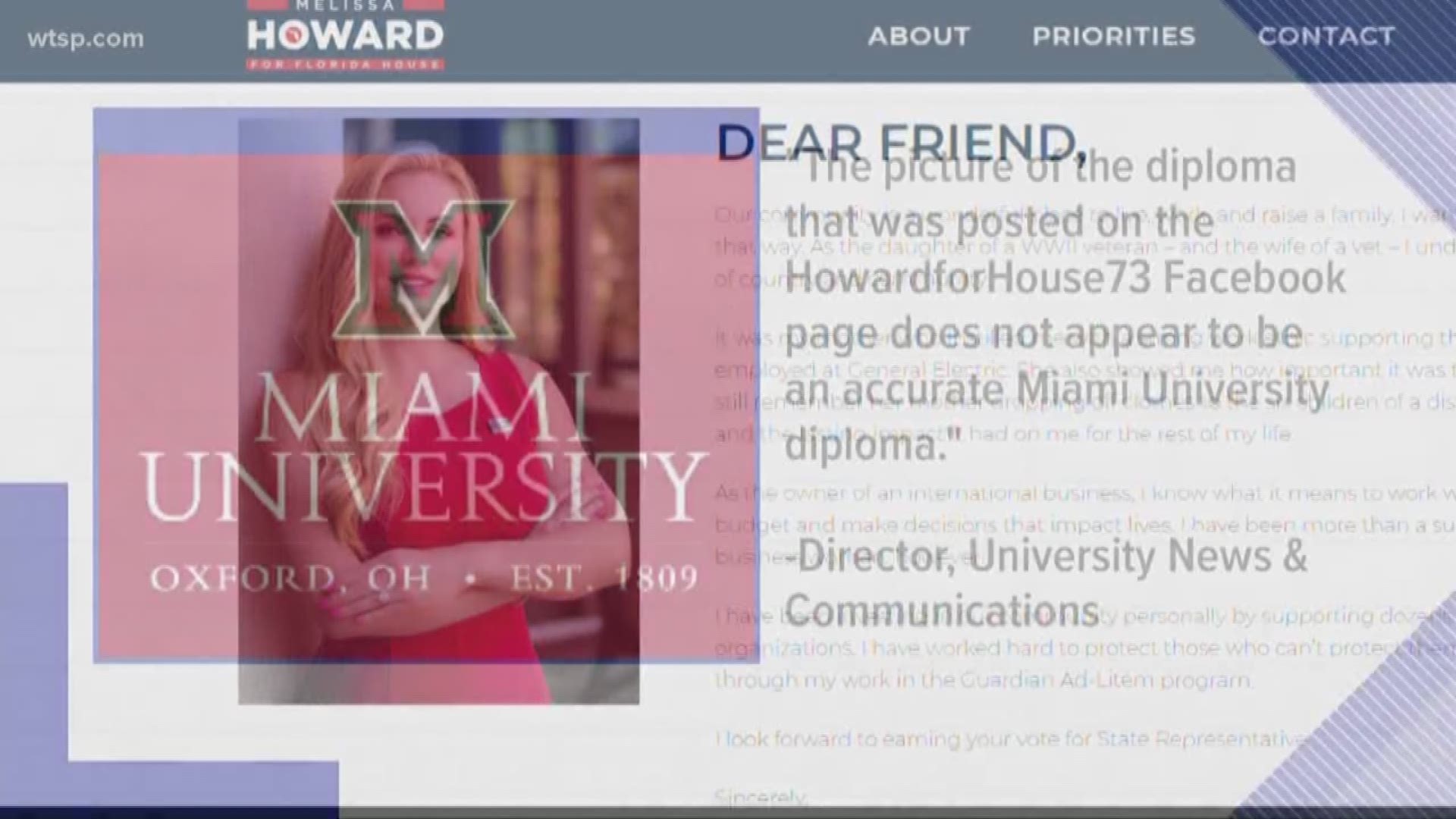 Florida House candidate Melissa Howard is dropping out of the race after admitting she falsely claimed to have obtained a degree from Miami University in Oxford, Ohio.

Her decision to quit comes one day after she vowed to stay in the Republican primary for the District 73 seat, which covers eastern Manatee County and a portion of eastern Sarasota County. She had been running against Sarasota attorney Tommy Gregory.

"I will continue to serve my community and the various causes and charities that I've always supported," Howard wrote in a statement to media partner WWSB. "I will continue to work to improve the lives of other people. I made a terrible error in judgment. I am thankful for everyone who gave me so much toward my success, and I am deeply sorry."

On Monday, Howard said her intent was never to "deceive or mislead anyone" and admitted she "set a bad example for someone seeking public service."

The scandal began when FLA News Online broke a story saying Howard had not completed her degree -- despite her claims. In an effort to clear her name, Howard went so far as to post a photo of a phony diploma. But, as 10News reported over the weekend, MU said the diploma did not appear to be real, and staff had no record of Howard obtaining a degree -- although she was once enrolled at the school.