Outgoing Mayor Bob Buckhorn touted Castor’s deep roots to the community, saying “she has dedicated her life to serving the people of this city.” 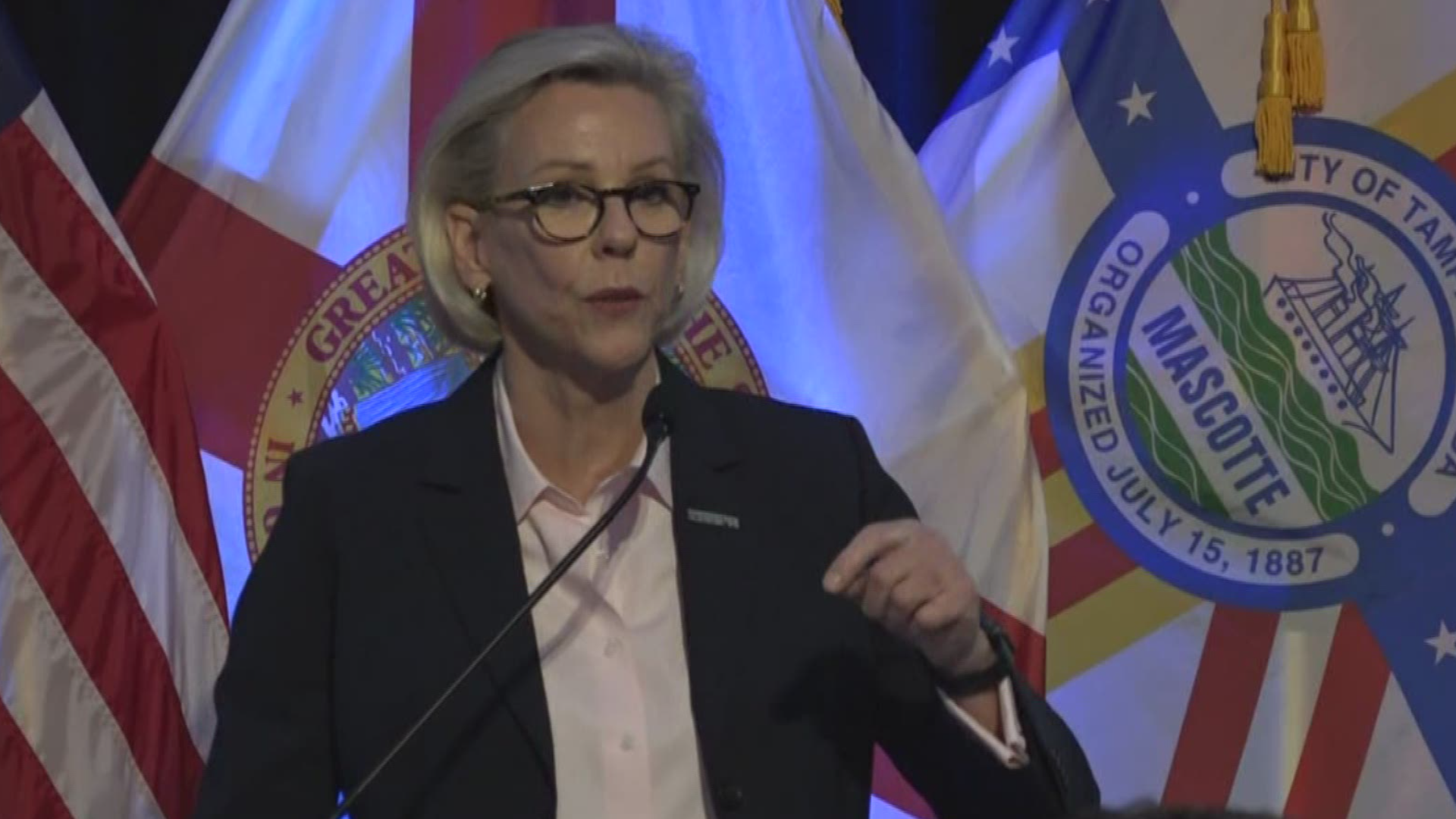 See: Offical results from the Hillsborough County Supervisor of Elections

Speaking to her supporters, Castor said she has "never been more hopeful or excited about our city's future. And it's going to take each and every one of us to lift this city up and make it what we want it to be."

Castor, 59, spent 31 years in local law enforcement, six of those as Tampa’s police chief. She was the city’s first woman to hold the top cop post and the first openly gay person to do so. She retired her badge in 2015.

RELATED: Who is Jane Castor? Former police chief wants to be Tampa mayor 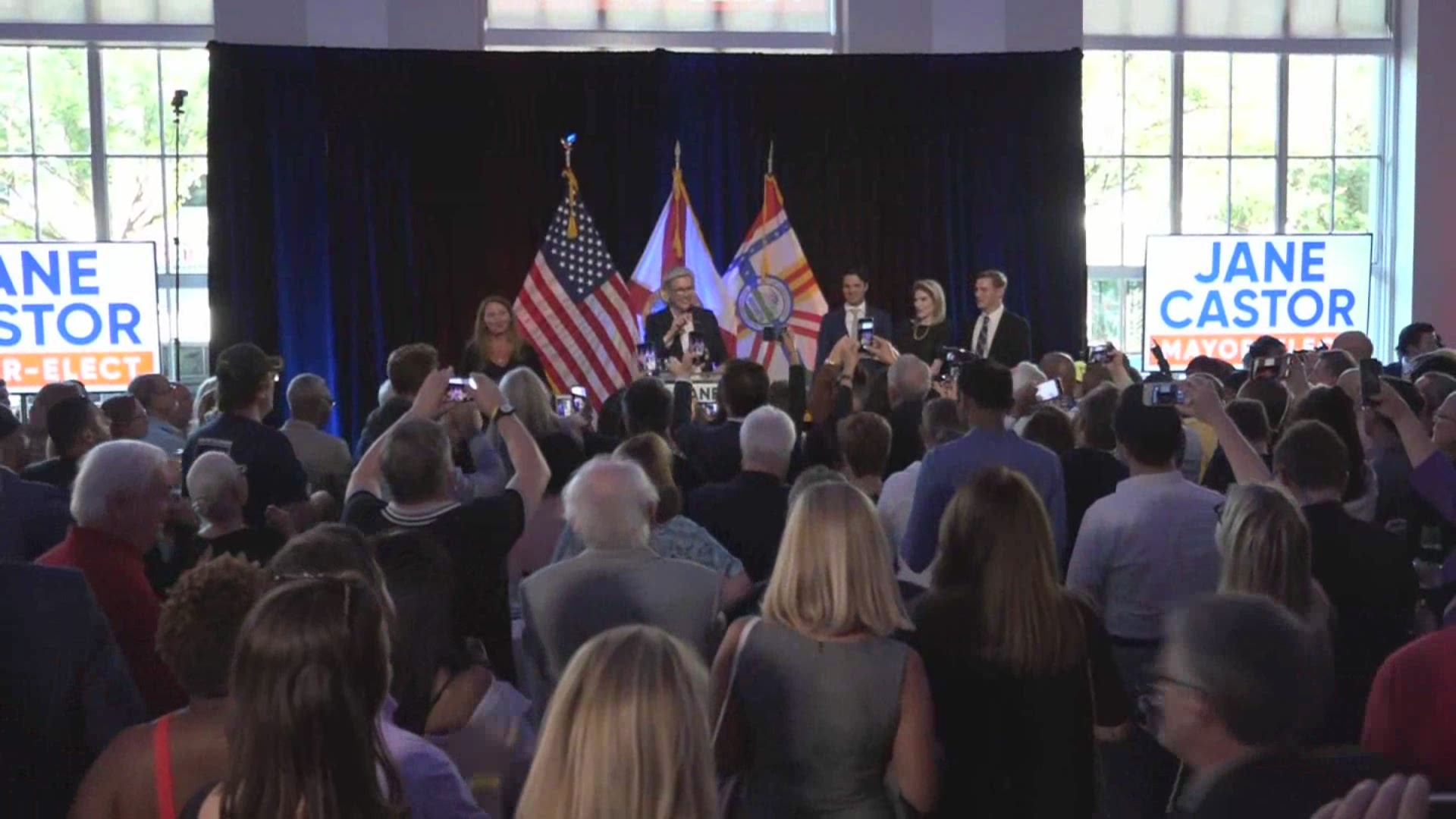 Through her campaign, Castor gained endorsements from numerous local leaders, including outgoing Mayor Bob Buckhorn. Buckhorn touted Castor’s deep roots to the community, saying “she has dedicated her life to serving the people of this city.”

In his concession speech, Straz vowed to support Castor in her efforts to improve Tampa.

"Today, the voters have spoken, and I accept their decision," he told supporters.

Castor was the heavy favorite throughout her campaign even amidst Straz’s mailers and commercials accusing her of lying about her record on crime and of racial profiling in the police department.

She will be sworn into office May 1.

Castor entered the room where her supporters had gathered with the victory song, “This Girl is on Fire,” blaring from the sound speakers. And she was, politically speaking, becoming Tampa’s next mayor by a 3 to 1 margin.

“So, thank you all for believing in that message.”

Castor said she has more than a single priority on Day 1. She wants to concentrate on transportation and affordable housing for everyone.