She lives in Tampa with her husband, who is a federal law enforcement agent. 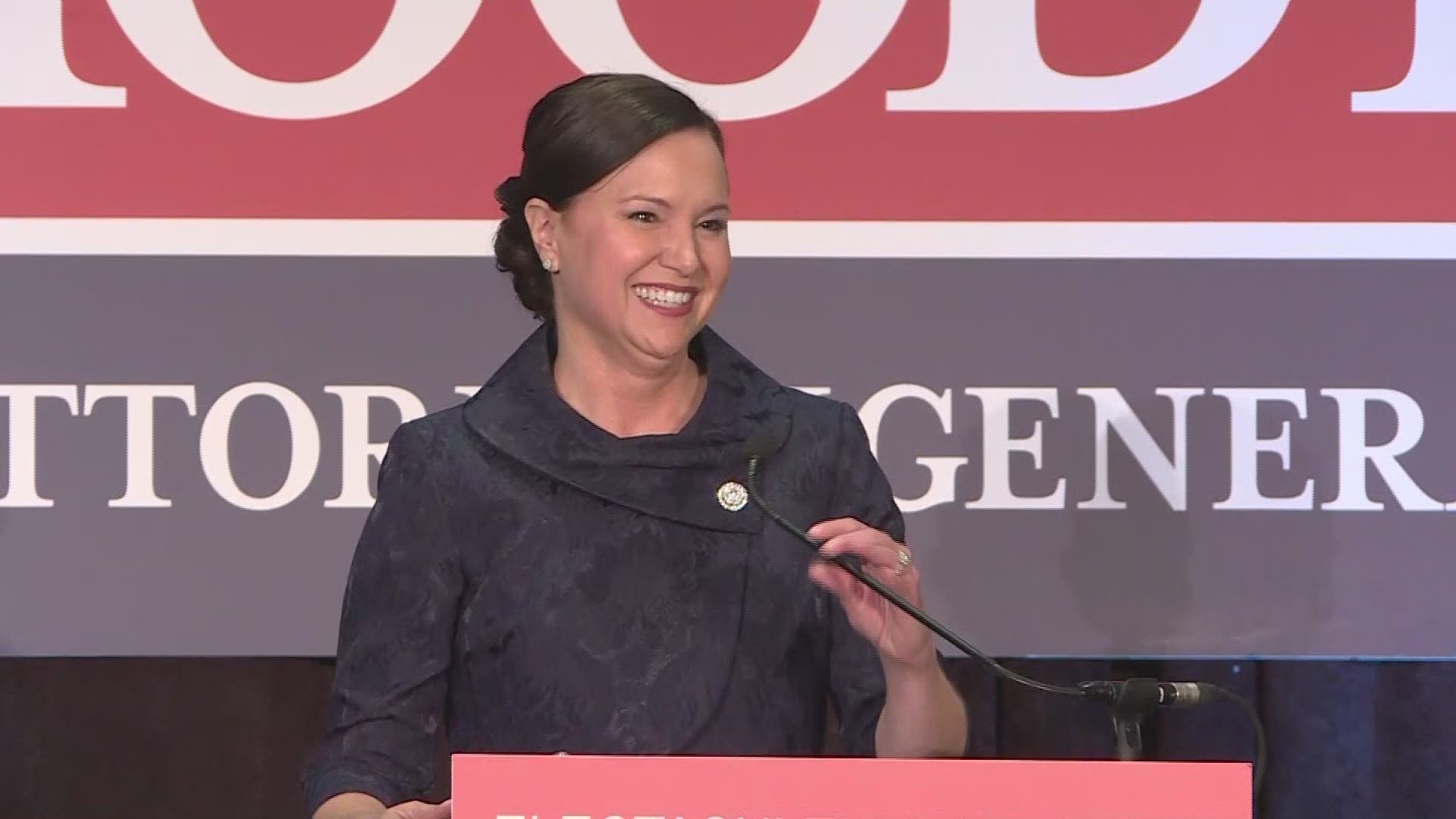 She will succeed fellow Republican Pam Bondi, who cannot run due to term limits.

In 2006, Moody became the youngest judge in Florida when she was elected as a circuit court judge in Hillsborough County. There, she founded an attorney ad litem program that found volunteer lawyers to help children whose parents did not show up for court.

Moody has worked as a federal prosecutor, private attorney and adjunct law professor.

She lives in Tampa with her husband, who is a federal law enforcement agent.

Moody is a vocal supporter of increasing border security, cracking down on the opioid epidemic and fighting human trafficking. She considers herself “100 percent pro-life” and has vowed to defend religious freedom.

Although she was a registered Democrat for five years, Moody has identified as a Republican for roughly two decades.