That's according to a voting rights advocate. He talks about how the state can improve our election processes. 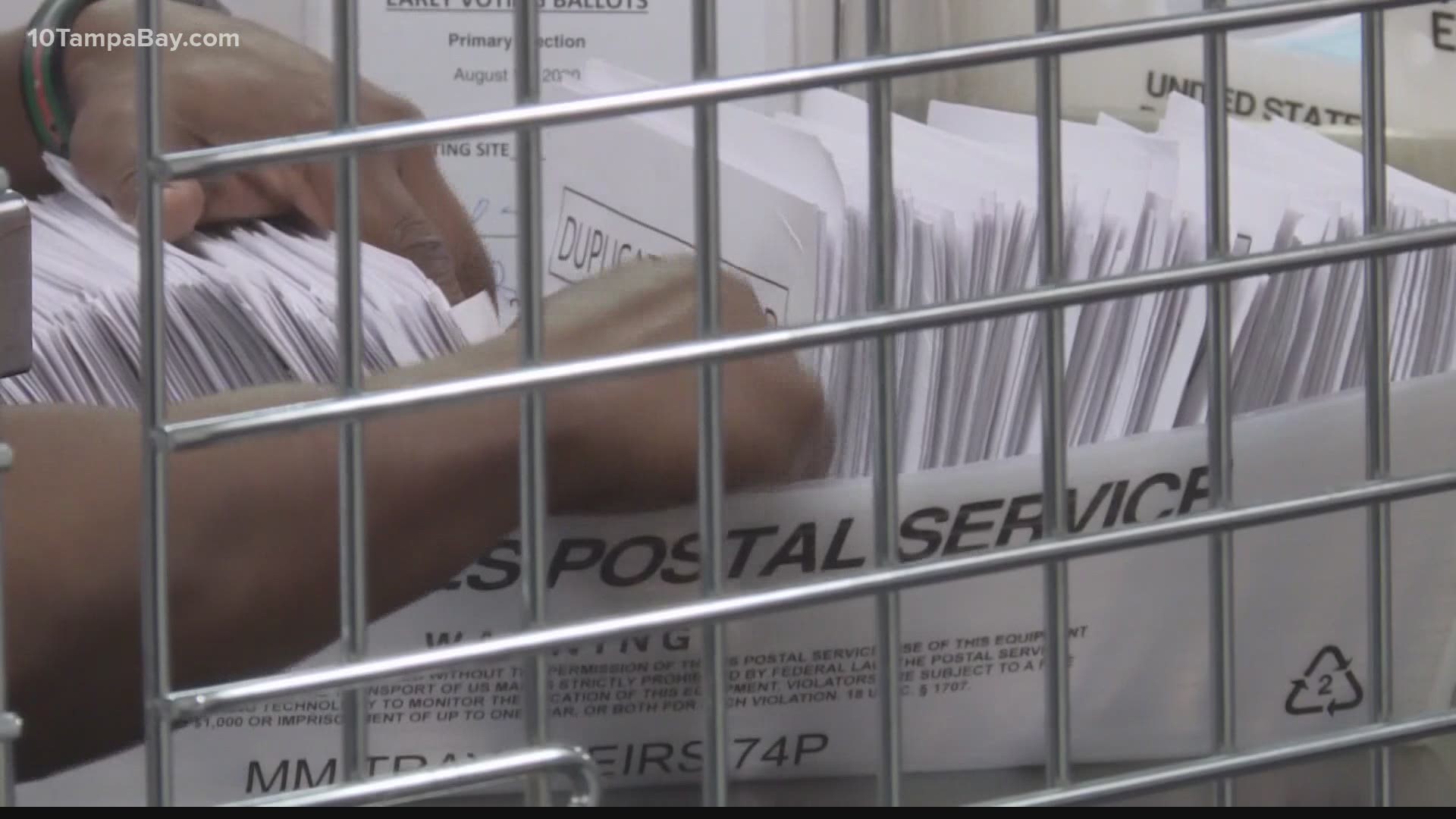 TAMPA, Fla. — Almost a month out from Election Day and 10 Tampa Bay Vote Squad’s Courtney Robinson circled back with Brad Ashwell. Ashwell is one of many voting rights advocates who, leading up to the election, were helping voters through the process.

Gov. Ron DeSantis and others across the country have pointed to Florida for running a smooth election. The results were timely and accurate.

But we all learned lessons. Ashwell says he would give Florida’s 2020 general election a "B-."

“We were dealing with a pandemic. I think the supervisors of elections did a stand-up job,” he said. “It's all about making the process accessible and easy to vote. It shouldn't be hard to vote.”

He says there are at least 3 areas where Florida can do better:

“Hiccup is an understatement. I mean, this was something that's completely foreseeable. We saw it coming,” Ashwell said.

The state extended the deadline until 7 p.m. on Oct. 6, but Ashwell says the actual system needs to be fixed.

“They need to do stress tests, the state needs to perform stress tests by an independent third party. And they need to publish those results. So, the voters can have confidence that the system is going to work,” he said.

Florida skated through ballot-counting without having to wait until election day to begin counting vote-by-mail ballots.  A temporary order from the governor allowed election workers to do that.

Ashwell says the governor should get the credit for that and it should be permanent.

“That was that was smart. And, you know, it definitely saved us in the end. But there are still other issues. And he could have allowed voters vote by mail ballots to count if they were postmarked by election day," Ashewell said. "We could also extend the care process to make sure you vote by mail ballots aren't disqualified or invalid just because they arrive a day or day later. Many states do this. And this would be the right thing to do.”

Ashwell says he and other voting rights groups noticed clear variations between the 67 Florida counties when it came to drop boxes.

Some counties offered dozens of locations, drive-up ballot drops -- some were only inside -- and Hillsborough County included a 24-hour drop box at its Election Center. The boxes also look different depending on which county you’re talking about.

“It would probably be a good idea for the legislature to create some standardization or minimal requirements as far as what those boxes look like. Maybe standards as far as what supervisors are using, we saw a lot of variety,” he said.

Groups like All Voting is Local and others are post-election assessing and gathering data: What went right and why?

Not everyone agrees with their proposed solutions, but they say the goal should be to help the voter, election offices and make changes sooner rather than later.

Remember, the 2022 midterm elections are just around the corner.