How to make sure your ballot has been received and counted

There are easy ways to check the status of your vote-by-mail ballot without going to the polls on Nov. 3. 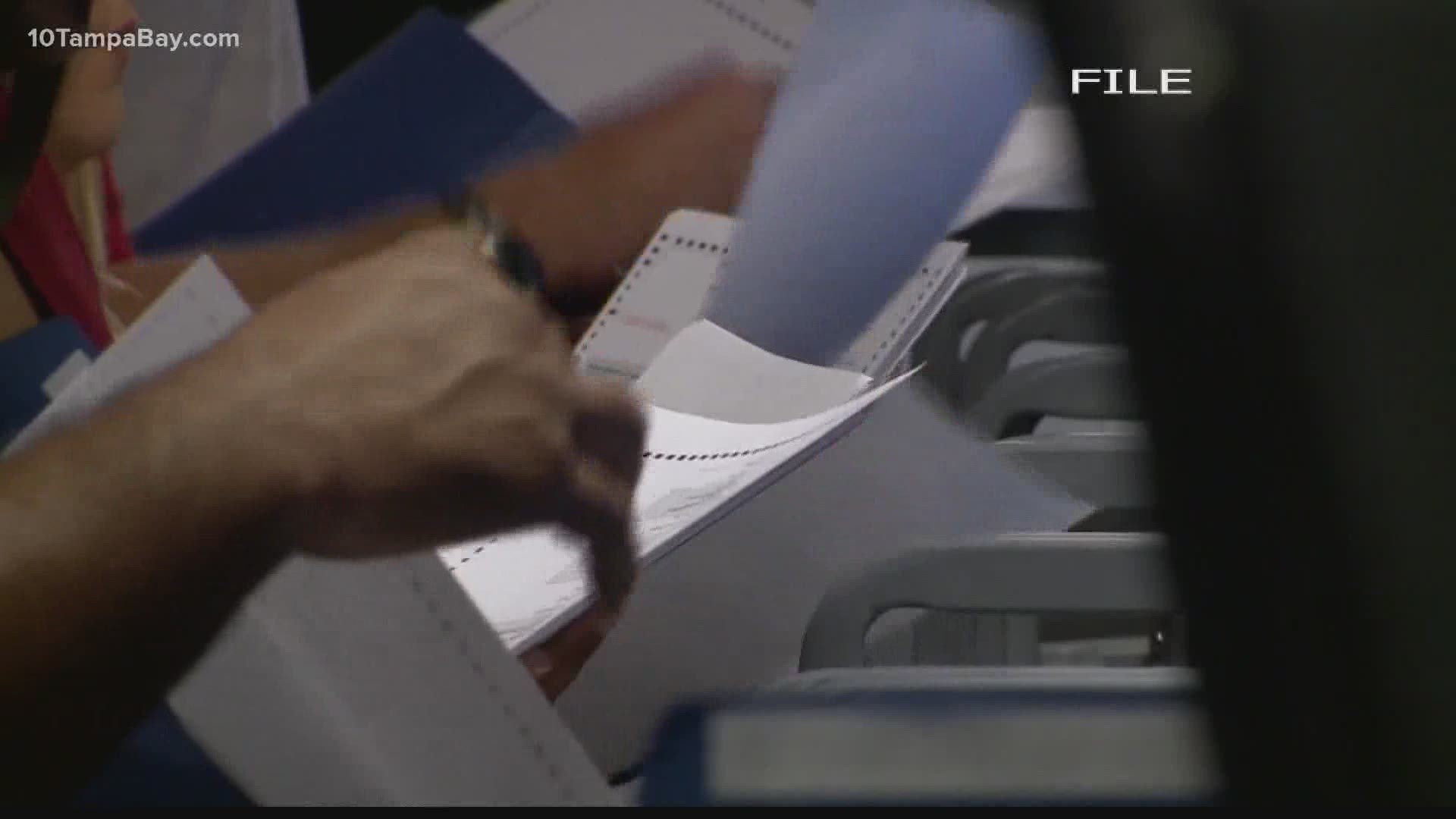 PASCO COUNTY, Fla — It’s important to make sure your vote was received and counted. Intentionally voting twice, however, is a crime in Florida.

Supervisors of elections have safeguards in place to make sure it doesn’t happen.

10 Tampa Bay investigative reporter Courtney Robinson spoke with Brian Corley, who is the supervisor of elections in Pasco County. He says the system flags poll workers to let them know when someone shows up at a precinct and has requested a vote-by-mail ballot. It also lets them know if you have returned the ballot. If you have, you cannot vote again.

Corley explained that the system updates every minute to reflect whether you have voted, and election workers begin counting vote-by-mail ballots as soon as they are returned.

He says it would not be possible for someone to vote twice even if they returned the ballot to the supervisor of elections on Nov. 3 and then went to a polling location.

“That is literally impossible because our systems are such that it’s in real-time. If you were to have, say, voted by mail or even went to early voting and then show up on election day, it’s going to flag to the poll worker that you’ve already voted,” he said.

“If you can master time and space and within one minute get from our office to your polling place then sure but short of mastering time and space it’s just not going to happen.”

Corley says it would slow the voting process down on election day if many voters attempt to vote in person when they have already voted by mail.

Rather than testing the system and the patience of voters in line behind you, there are two easy ways to check if your vote’s been counted:

Go to Florida’s Division of Elections “Voter Information Look Up” page and enter your information. You will find a link to access Ballot and Precinct Information which is also available through your county Supervisor of Elections’ website.

Under “upcoming elections” you can view the status of your ballot for the general election. It will show whether you have requested a mail ballot, when it is sent to you, returned and counted.

You can also call your supervisor of elections and ask about the status of your ballot.

Here are important deadlines to keep in mind if you plan to use a mail-in ballot.

You can mail it, drop it at an early voting site or return it in-person at the supervisor of elections’ office.