She's the first Black woman and first Asian American woman to be on the presidential ticket for a major political party in the United States. 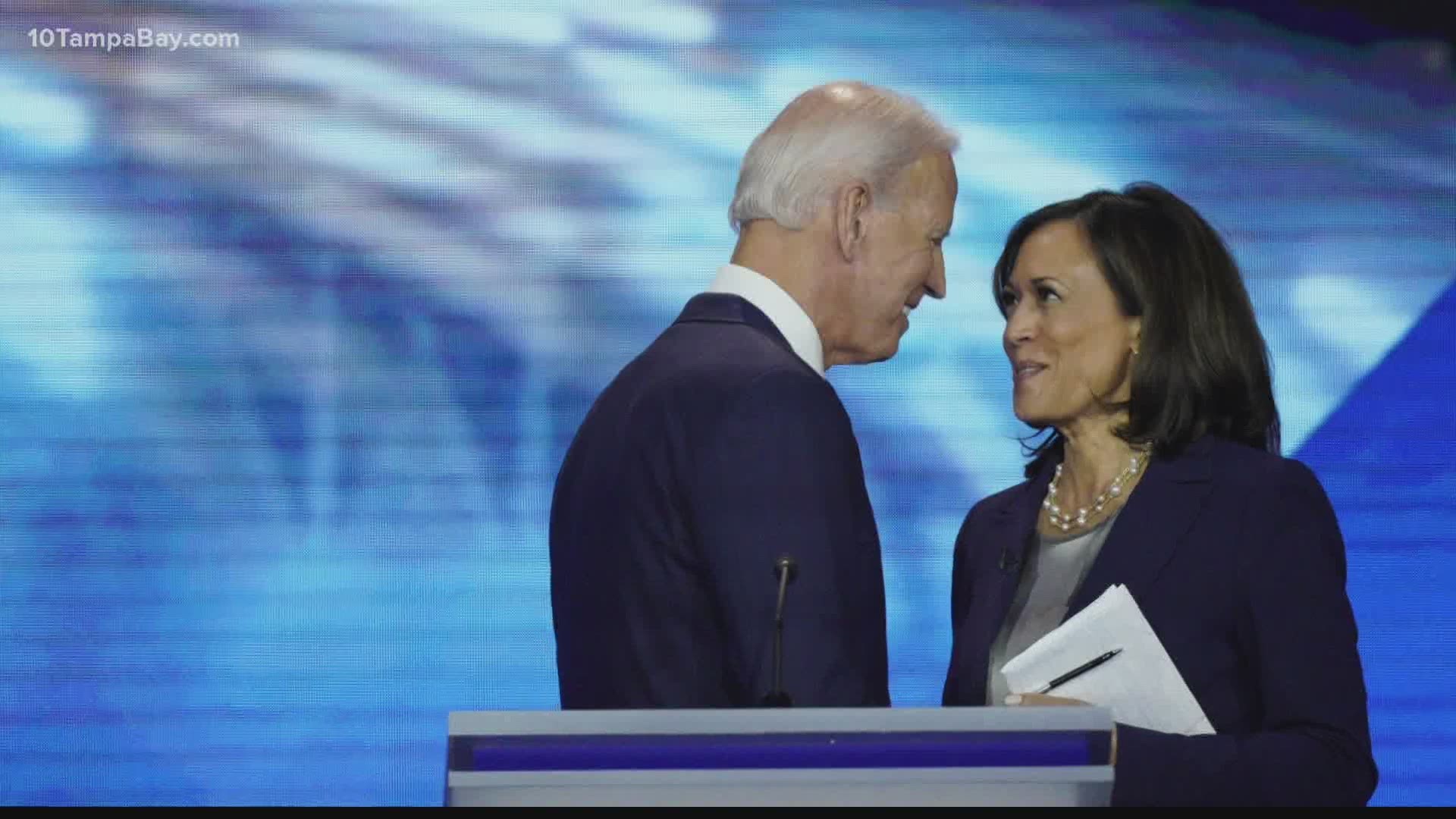 The senator is the first Black woman and first Asian American woman on a major political party's presidential ticket.

The former vice president and presumptive Democratic presidential nominee told his top advisors Tuesday morning about his decision and that he could make the announcement public as early as today.

Biden has spent months weighing who would be his vice president if he wins in November and had previously pledged to select a woman for the ticket. Others who had made the shortlist of VP contenders included Sen. Elizabeth Warren, Rep. Karen Bass, Florida's Rep. Val Demings and former Obama national security adviser Susan Rice.

I have the great honor to announce that I’ve picked @KamalaHarris — a fearless fighter for the little guy, and one of the country’s finest public servants — as my running mate.

Following the news reports of his pick, Biden tweeted the official announcement, saying Harris is "one of the country's finest public servants."

Biden also said when Harris was Attorney General in California, she worked closely with his late son, Beau Biden.

"I was proud then, and I'm proud now to have her as my partner in this campaign," Biden wrote.

.@JoeBiden can unify the American people because he's spent his life fighting for us. And as president, he'll build an America that lives up to our ideals.

I'm honored to join him as our party's nominee for Vice President, and do what it takes to make him our Commander-in-Chief.

In a tweet, Harris said she's "honored to join (Biden) as our party's nominee for Vice President, and do what it takes to make him our Commander-in-Chief."

America, let’s do this! pic.twitter.com/3a62UmB1PN

President Donald Trump, who's up for reelection in November, posted an attack ad within minutes of Biden announcing Harris as his running mate.

RELATED: Why choice of running mate matters more than usual this year

The decision to add Harris as the vice-presidential candidate on the ticket comes a year after the two politicians sparred about race and health care in the Democratic primary debates. Since then, Harris has endorsed Biden and said she would do “everything” in her power “to help elect him” as the next president.

Harris, 55, has served as the junior senator from California since 2017. She is the second African-American woman and first South Asian-American person to serve in the U.S. Senate.

A native of Oakland, Harris describes herself as having a “stroller-eye view” of the Civil Rights movement. After her parents got divorced, Harris was raised mostly by her single mother – a civil rights activist and cancer researcher.

After two terms as DA, she was elected as the first woman and African-American person to serve as California’s Attorney General.

She lives in Los Angeles with her husband, Doug Emhoff, and is a stepmother to two children.

RELATED: DNC speakers announced: They span spectrum of US politics