No candidate received enough votes for a guaranteed victory on Tuesday night. 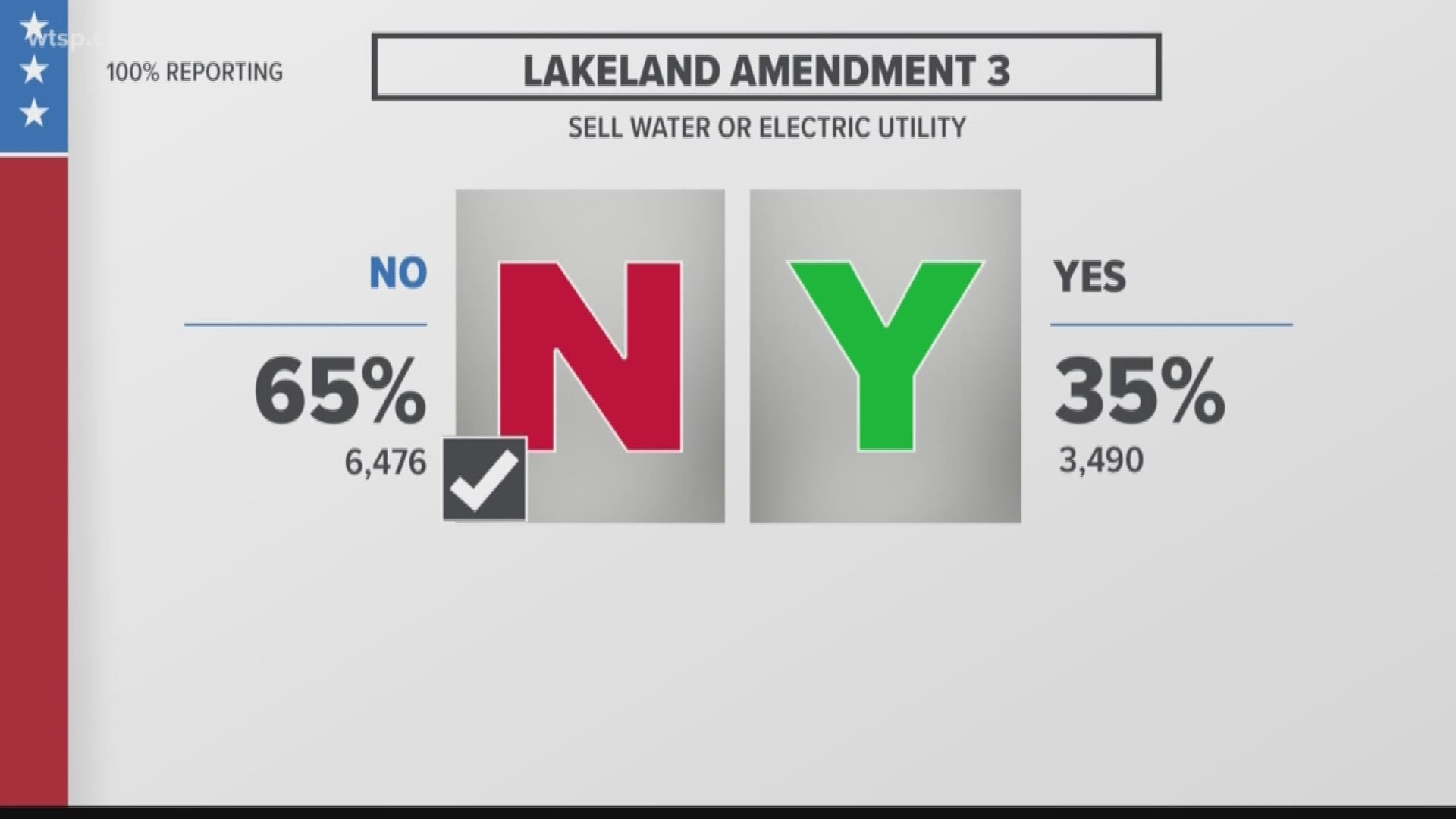 LAKELAND, Fla. — There will be a runoff election for the at-large city commission seat in Lakeland.

During Tuesday's election, no one surpassed 50-percent of the vote: Chad McLeod got 38 percent and will now face off against Carole Philipson, who received 30 percent.

Shandale Terrell got 24 percent of the vote, and Ricky Shirah received 8 percent. Neither will participate in the runoff.

Also on Tuesday, voters rejected a referendum that would've made it easier for the city to sell off its publicly-owned utility Lakeland Electric by changing the legal process.

Two-thirds of registered voters must approve such a sale. The change would have allowed it to happen with two-thirds of the city commission approving, and then 65 percent of those voting in the next election.

By contrast, Amendment 2 was strongly supported by more than 60 percent of voters who favored stricter term limits. Beginning in 2020, Lakeland elected officials will not be limited to serving a maximum of three terms, or 12 years.

Voters narrowly approved widespread changes to the city's charter, which included, among a bevy of issues, removing gender-specific language from the city's charter, providing automatic annual raises for city commissioners and adding "data" and "voice" to the list of services the city could provide as debate continues as to whether the city should start providing its own broadband services.

RELATED: Everything you need to know: Municipal elections in Tampa Bay