From term-limits to selling Lakeland Electric, if approved by voters, they represent some of the first major changes to the city’s constitution in decades. 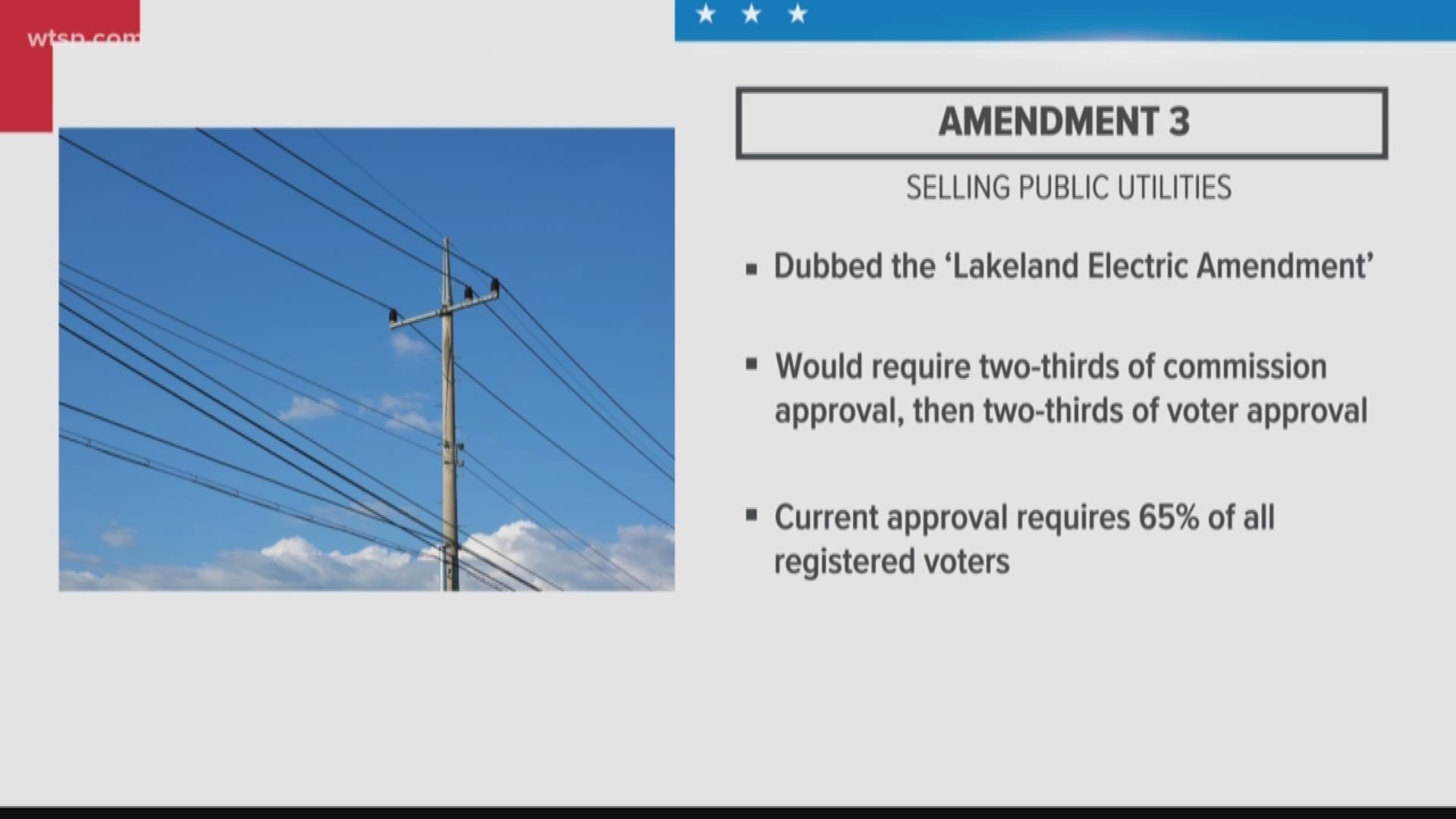 LAKELAND, Fla — Voters in Lakeland are deciding who will fill two city commissioner positions and whether to approve several amendments that could reshape the city’s future.

The big questions on the ballot have to do with utilities, term limits and language in the city’s charter.

RELATED: Big issues on the ballot in Polk County on Tuesday

Arguably the most controversial question could open up the potential for the city to sell its public utility, Lakeland Electric.

Right now to do that, a whopping two-thirds of all registered voters must approve it.

But if this amendment were to pass, selling utilities would instead require approval from two-thirds of the commission and then approval from 65 percent of people voting in the next election—rather than all registered voters. The change still represents a high hurdle but less so when compared to current requirements.

Term limits for commissioners and mayors are also on the ballot. Voters will have the chance to limit elected city leaders to three terms if this amendment is approved. Currently, they can serve up to four terms.

But the biggest ballot question, in terms of length, is a bundle of several different issues all unrelated, all tied together.

It covers everything from making sure language in city charters is gender-neutral, to providing automatic raises for city commissioners. It also includes the addition of the words data and voice to the list of services the city could provide.

If approved, this will undoubtedly play a big role in the ongoing debate over whether the city should start investing in and providing its own broadband services just like it does other services such as water and electricity.

In the race for city commissioner, incumbent Bill Read is trying to hold onto his seat in the city's northeast district against challenger Jiwa Farrell.

Also, four candidates are vying to fill the commission’s at-large seat currently held by Justin Troller who is termed out.