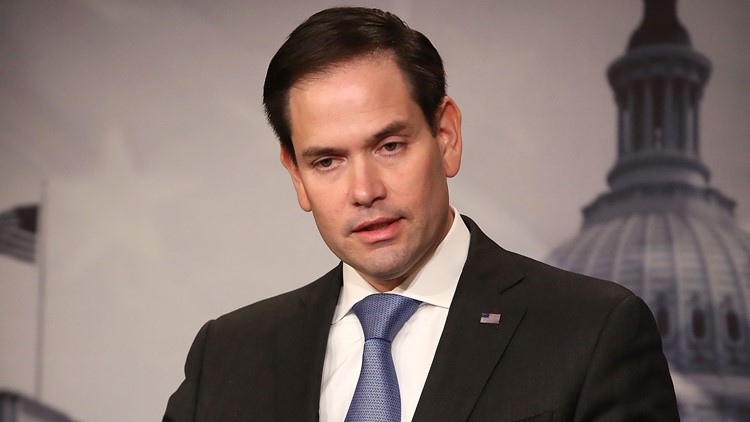 Rubio, R-Florida, posted a tweet in which he referred to a field goal as a “3 pt kick.”

The Republican senator accused “democrat lawyers” of trying to “steal” the races for the U.S. Senate and for the state’s governorship.

“Imagine if NFL team was trailing 24-22 but in final seconds hits a 3 pt kick to win,” Rubio wrote in the tweet. “Then AFTER game lawyers for losing team get a judge to order rules changed so that last second field goals are only 1 point.

Imagine if NFL team was trailing 24-22 but in final seconds hits a 3 pt kick to win. Then AFTER game lawyers for losing team get a judge to order rules changed so that last second field goals are only 1 point

The tweet prompted several people to roast Rubio for confusing a field goal with a "3 pt kick."

In living rooms across America this weekend, football fans will be cheering for their team to “hit a 3 pt kick” https://t.co/1wznEUp2FO

"love to go for the 3 pt kick" pic.twitter.com/DudqITHqcO

"3 pt kick" this is like when Ted Cruz called a hoop a "basketball ring" https://t.co/5TWQ8yZ2Mc

Imagine if Le’Veon Bell was down 24-22 in his contract holdout and he needed a 3-pt kick to win it... https://t.co/yEZwKSMG1b

In fairness, Rubio used the term "field goals" in the very same tweet.

Before graduating from the University of Florida, Rubio also played football at Tarkio College in Missouri for one year.

For example, #Florida law requires that the voter signatures on mail ballots match the signature of the voter.

But Dem lawyers are asking a judge to throw that law out & force Florida to count ballots with signatures that don’t match the voter signature on file. 2/4

#Florida law requires a manual recount of “undervotes” in close races & provides a clear standard for determining whether a voter intended to vote for a candidate.

Rubio has posted several tweets saying each county in Florida should abide by state law.

Every vote legally cast & received within timeframe required by law should be counted.

The issue in #Florida has been the repeated violations of election law by & the incompetence & the lack of transparency of #PalmBeachElections & #BrowardElections.

Wrong. It is the #BrowardCounty canvassing board that claims her vote is illegal, not me.

If what your reporting found is accurate, then you have confirmed what I have been saying, that we have ample reason to carefully scrutinize the actions of the BrowardElection supervisor. https://t.co/Rwei3HG03n

Left wing commentators have no shame just making things up.

This piece is a work of fiction. No one is stopping #Florida recount. Only thing we ask is they follow the law

Deadline for recount is Thursday. #PalmBeach already said they won’t make it. #BrowardCounty just started recount today,3 days after most every other county & will probably miss as well. Demanding they follow law isn’t effort to stop vote count,its effort to stop law breaking

This exposes how deceitful some on the left are about #FloridaElection. #MiamiDade cast more votes than #BrowardCounty & voted 60% for Democrats. But no one is complaining about their election department. Because they are competent & also follow the law. https://t.co/OtcLYmvseD

Fine. Then what is the right word for Broward submitting vote totals that include ballots disqualified by canvassing board (as reported by @MiamiHerald)?

The same people who are quick to use the term “Voter Suppression” to describe everything from Voter ID to closing early voting sites on time, are also quick to condemn as hyperbole & baseless criticism of blatant & rampant election irregularities & violations of election laws

I have no problem with a recount. It’s the law.

And a problem with lawyers trying to steal an election by looking for a judge who will ignore the law.https://t.co/iPIAL7stpx

With the exception of Palm Beach County, the state's other 66 counties have until 3 p.m. Thursday to complete the machine recount.