Once a 'laughing stock,' these differences helped lead Florida to 'smooth' election night

With more than 9 million of the state’s nearly 11 million ballots cast prior to Election Day, results were reported in a timely manner. 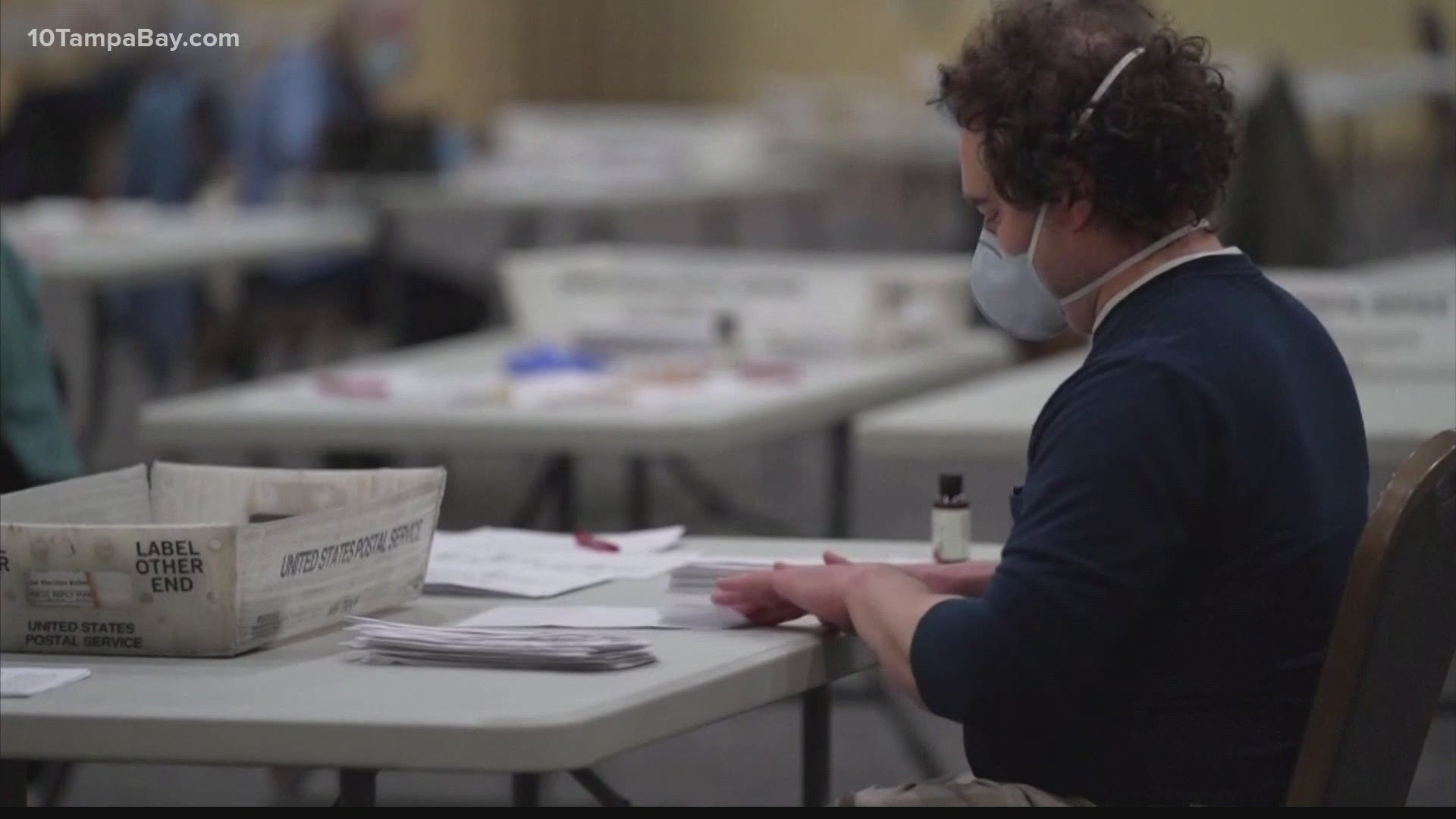 ST. PETERSBURG, Fla. — Florida’s been the punchline for a long time when it comes to elections.

That’s the suggestion according to Chris Sautter, an attorney who was involved in Florida’s infamous 2000 Bush-Gore recount.

Everyone remembers that election.

But as recently as 2018, a federal judge called Florida the “laughing stock of the world” after mishaps and razor-thin margins led to recounts in three statewide races.

Sautter said Florida certainly benefited from the fact that the final tally wasn’t nearly as tight as in past presidential elections but acknowledged the progress the state has made in two decades.

“By all accounts, things went well,” Sautter said of the state’s performance reporting results on Tuesday. “When you conduct a good election—whether it’s close or not—you deserve credit.”

"The way Florida did it, I think inspires confidence,” DeSantis said, while also praising the work of election officials across the state.

Pasco County Supervisor of Elections Brian Corley emailed his entire staff on Wednesday commending them for pulling off a “near-flawless election” while under intense scrutiny, and during a pandemic.

Corley said the state’s ability to start counting mail-in ballots weeks before Election Day is what wound up setting Florida miles apart from other states, namely Michigan and Pennsylvania.

"If their state legislature had done the right thing and allowed them during a pandemic, knowing there was massive amounts of absentee or mail ballot voting to start counting their votes earlier, we would know results,” he said.

Overall, out of nearly 11 million ballots cast in Florida, approximately 9 million were cast prior to Election Day.