Pinellas County, Florida has selected the winning president every election since 1980 with the exception of 2000. 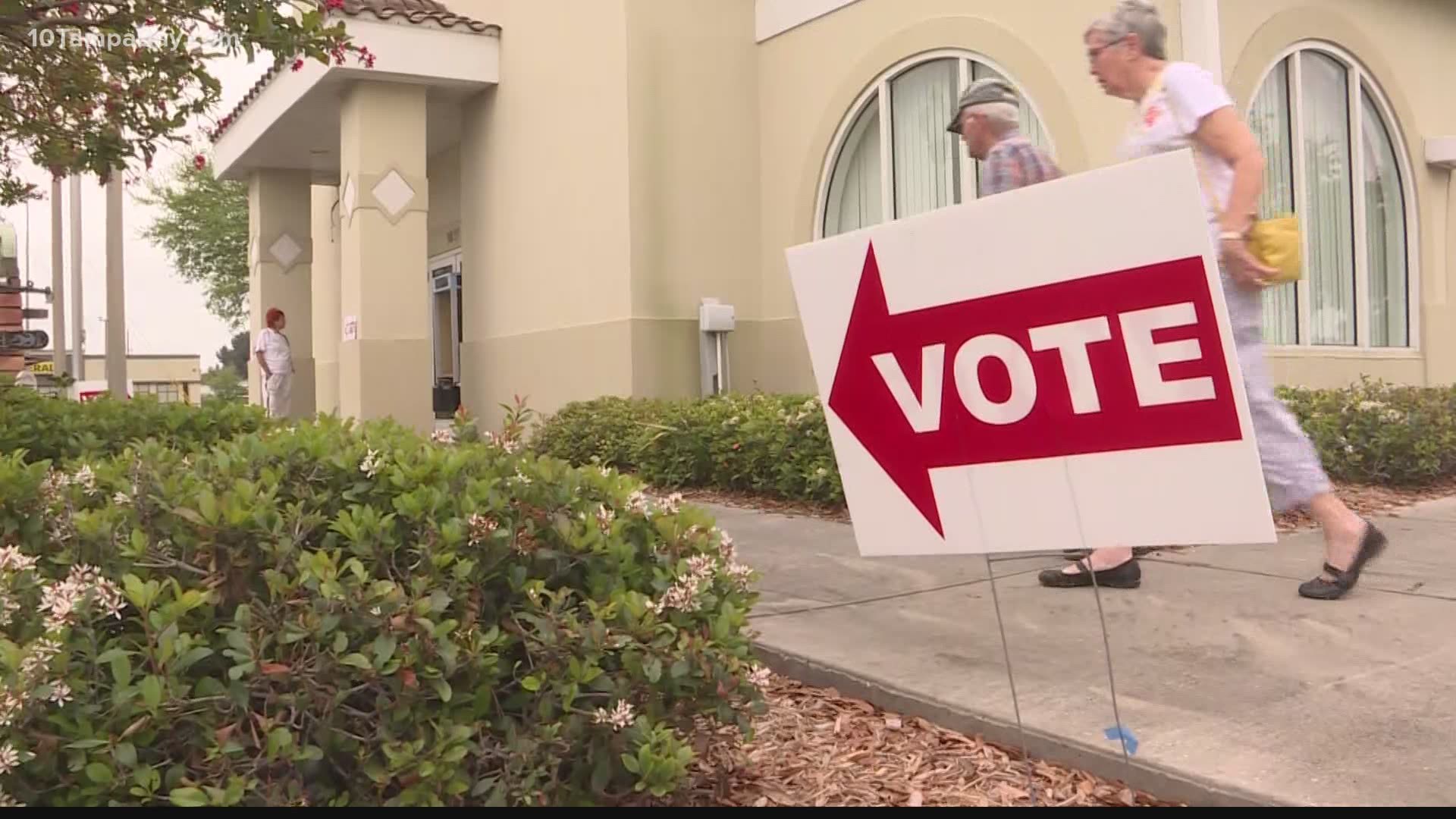 PINELLAS COUNTY, Fla. — Pinellas County isn't just home to the Tampa Bay Rays and some of the best beaches in the country, it's also one of the fiercest battlegrounds in a presidential election.

"Pinellas County is the purplest of purplest counties in the fact that they do choose the president and they have chosen the right president since 1980 except for the exception of 2000," said Dr. Lars Hafner, a political expert and professor at St. Petersburg College.

The demographics and geographic makeup of the county play a big part with plenty of rural areas but also a big urban city in St. Petersburg taking up most of the southern portion of the county.

It's also one of the most densely populated counties in the state with many northern transplants coming from the Midwest including swing states like Michigan and Ohio.

According to the Pinellas County Supervisor of Elections website, at the time of this article there are 712,930 active registered voters in the county. The current breakdown stands at:

Many of those voters cast their ballots by mail even before we were living through a global pandemic.

Dr. Michael McDonald, a political science professor at the University of Florida and creator of The Elections Project said, "Pinellas has the largest percentage of their voters casting mail-in ballots for any county in the state of Florida."

RELATED: Check the status of mail-in ballots in Florida

Chase attributed that to the 2008 election, when the Pinellas election office encouraged people to vote by mail to bring down election costs during the height of the recession.

Since then, many Pinellas voters have continued to vote by mail and Chase believes they've gained robust knowledge and experience with the process.

Because of the the popularity of mail-in ballots and anticipated early voting, Chase believes we'll know which way Pinellas County votes within a couple hours of polls closing on election night.

We'll see if they keep up their winning record...

Who else predicts the President?

According to The Cook Political Report, there are other counties with a heavy hand in the election. Here's a top ten list:

RELATED: This is how you know you’re at an official ballot drop box in Florida