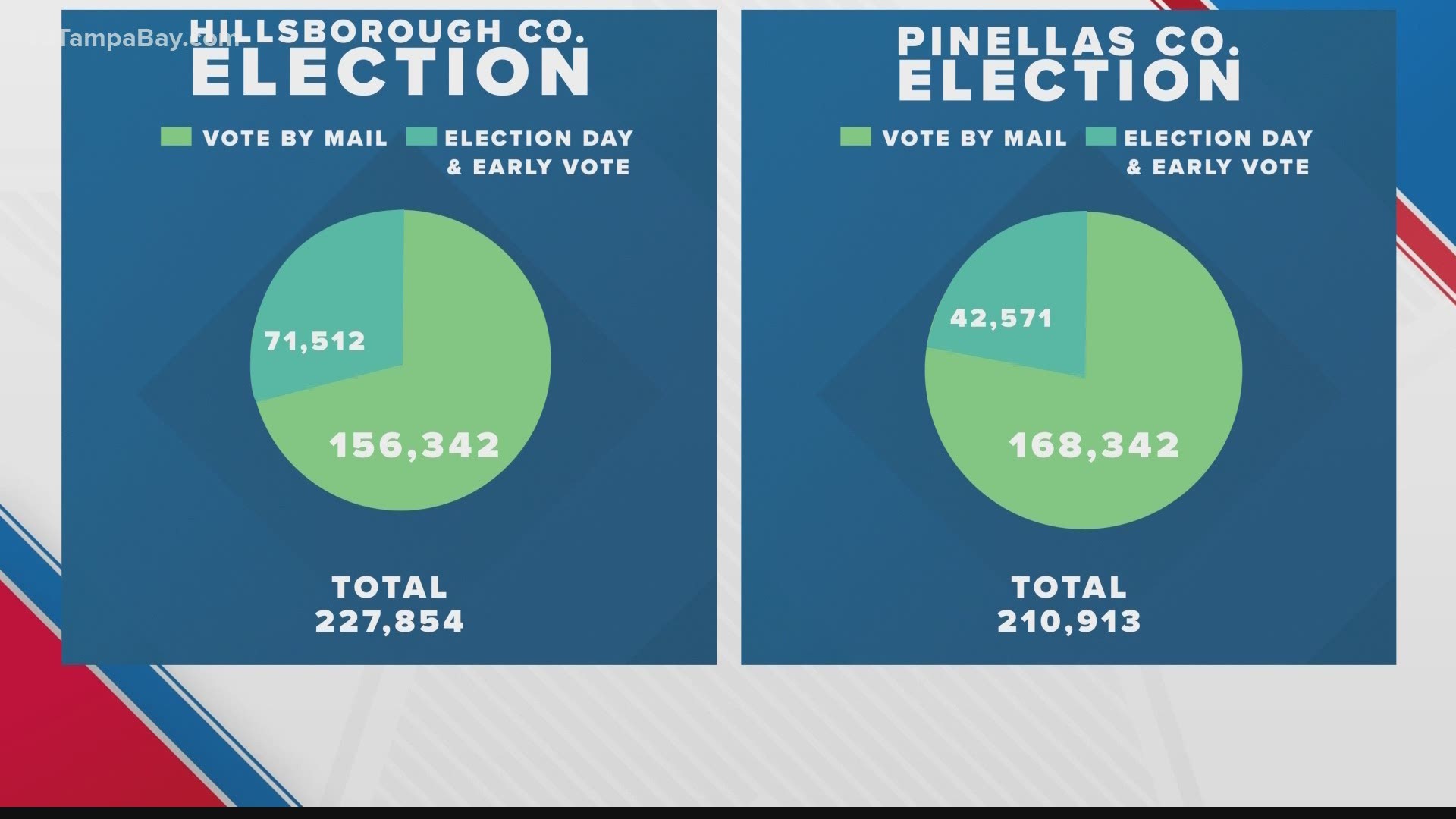 ST. PETERSBURG, Fla. — For the most part, Tuesday’s primary election results were driven by mail-in ballots.

That’s something supervisors of elections expected amid the COVID-19 pandemic. The high voter turnout now is expected to give election offices a taste of what to expect for the general election in November.

Inside polling places, there were several safety precautions, including hand sanitizer, masks and plexiglass barriers between voters and poll workers. The first election in Florida during a pandemic appeared to have passed the test.

“I feel pretty safe in there,” voter Jim Harrison told 10 Tampa Bay's Eric Glasser. “The social distancing and the pens they hand you to keep, that kind of thing, you know."

Hillsborough County Supervisor of Elections Craig Latimer said earlier: "The days of walking into one of our polling sites, our early voting sites especially, and seeing 40 voters in there along with staff, that's not going to happen."

Many of the results in Tampa Bay came in through mail-in ballots. In Hillsborough and Pinellas counties, at least 70 percent of people cast their ballot through early or through mail-in voting.

Pasco had 28,326 mail-ins four years ago, and there were 53,377 votes according to unofficial results.

“Voters understand there's a global pandemic, and the best way to stay safe and secure is by voting on the comfort of your couch,” according to a spokesperson for the Pinellas County Supervisor of Elections. Dustin Chase says higher voter turnout now, means even bigger numbers this November.

“We put a mail ballot in about 360,000 people's hands for the primary election. We hope that 400,000 people will have mailed our requests on file for us by the November general election, and that means higher turnout because the research and studies are conclusive. If you put a ballot in someone's hand, they're far more likely to vote it,” Chase said.

Come November, supervisors hope to get ballots in early to avoid crowds on Election Day. If you choose to vote in person, it will be safe, election supervisors just ask that you come out early.

“The most important thing is don't wait. Come out at the beginning of early vote,” Latimer said.

Both counties will have surveys for voters and poll workers to find out how the primary went from their point of view. Of course, the goal is to fix any other issues before the general election on Nov. 3.