The League of Women Voters of St. Pete commissioned the "Diversity in Democracy" mural that's meant to inform people how to vote 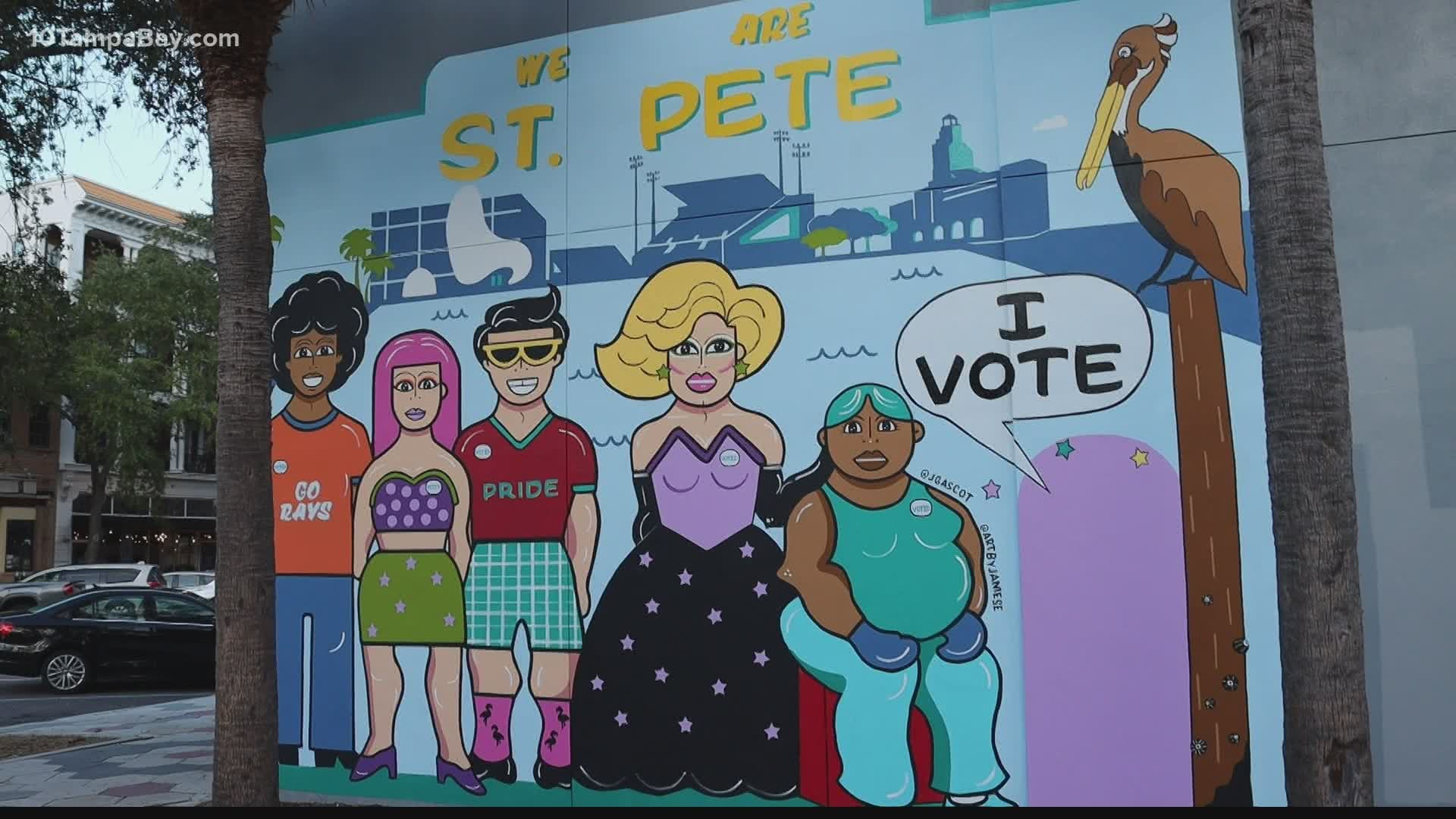 Locally, in downtown St Pete, on the 500 block of Central Avenue, you'll find the new interactive "Diversity in Democracy" mural. The League of Women Voters commissioned the mural to help inspire and educate voters.

"This mural is reflective of how we all have a part to play no matter who we are, what we look like, who we love or how we identify. We all are participants in democracy," Grove said.

But this isn't just a mural to walk by, it's interactive. If you take out your phone and download the free Pixelstix app, you can scan all five of the "I vote" stickers on the mural and different information about voting and how to register will pop up for you to read.

"It directs you to everything from voting information to how to register and so much more," Grove said. "The important part is connecting people in the community to the resources they need to do their civic duty."

They hope it will help educate people in a fun, different way. Despite the early voting surge we are seeing so far, experts predict it will lead to an overall record turnout of 150 million voters which still only represents 65 percent of eligible voters. It's hard to believe more than 35 percent of voters miss their opportunity to vote. But if that 65 percent is met, it would still be the highest voter turnout rate since 1908.