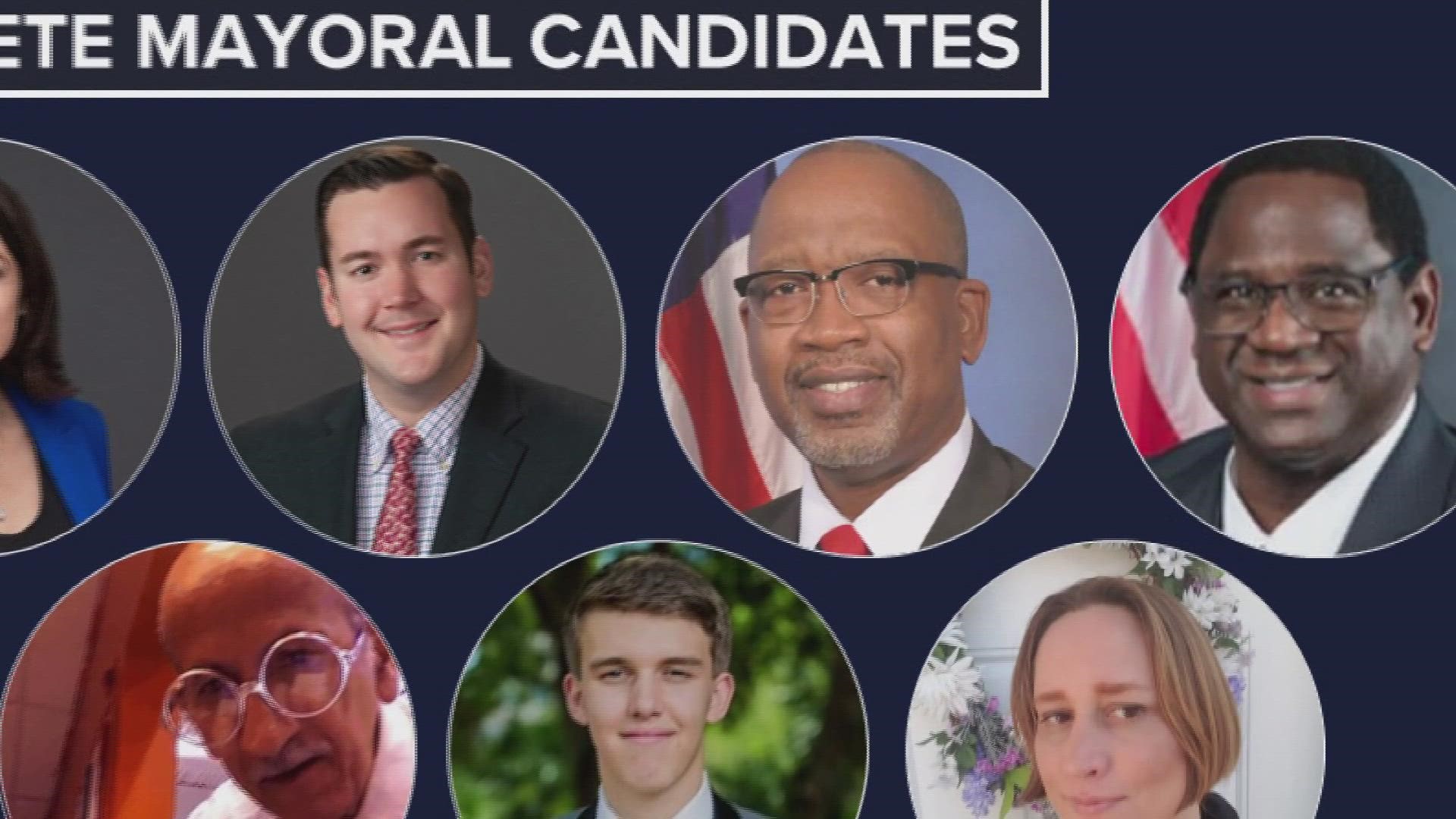 ST. PETERSBURG, Fla. — On August 24, St. Petersburg voters will get a chance to head to the polls and cast their ballots for who they want to see as the city’s next mayor.

It’s the first mayoral election without an incumbent in nine years, since Mayor Rick Kriseman has reached his term limit.

There are, officially, nine people on the ballot running to become the next mayor of Saint Petersburg but 10 Tampa Bay political expert Lars Hafner says the race is likely to come down to just four.

“This is the first election since 2009 that the City of St. Petersburg does not have an incumbent running in the primary or general election,” said Hafner. “So, it’s an open seat, which leaves it wide open for a lot of people including that diverse stack of candidates that we currently have.”

Given the latest polls, Hafner says St. Pete’s mayoral race has the potential to make history.

“One or two candidates could be unique from a historical perspective. One happens to be an African American male, and the other happens to be an LGBTQ woman who is married and has sat on city council for eight years,” he said.

RELATED: What to know before you vote in St. Pete's mayoral primary

Because it’s a large field, Hafner does not believe any single candidate will get 50-percent, plus one vote in the primary election. That sets the stage for a general election with the top two vote-getters from the primary.

“My guess is that it will be Ken Welch and Robert Blackmon that come out of the primary,” said Hafner. “There’s a small chance that Rice could have an upset in the fact that there are still some undecided voters out there.”

The race for mayor in St. Petersburg is supposed to be nonpartisan. But Blackmon, a registered Republican himself, is polling well with GOP voters.

If he does move on to a general election, whoever he faces, says Hafner will have to form a coalition.

“And that’s why I think it’s going to become very partisan,” said Hafner. “Because the Democrats are going to have to rally their basic contingencies to play ball together and to try to move either Welch or Rice or Newton forward versus that vote that is already there for Blackmon and will still be there come the general election."

RELATED: 3 frontrunners emerge in race to be the next mayor of St. Pete

There’s no shortage of big issues to consider. The future of the Rays, the redevelopment of the Tropicana Field site, affordable housing, diversity, and more.

Still, the mayoral election has taken a backseat, says Hafner, to big national issues like COVID.

“The local issues haven’t risen up yet. But that will when it really gets reduced to one on one,” he predicted.

Issues that could pique voters’ interest between now and then, says Hafner could include environmental challenges created by a tropical cyclone. Vaccine and masks mandates. Issues exclusive to St. Pete, but others are politically charged and aimed at driving voter turnout.

RELATED: Florida's census data is in: See which community grew the most