In Hillsborough County, more than $2.5 million was paid to clear court fines and fees for nearly 2,000 people with felony convictions. 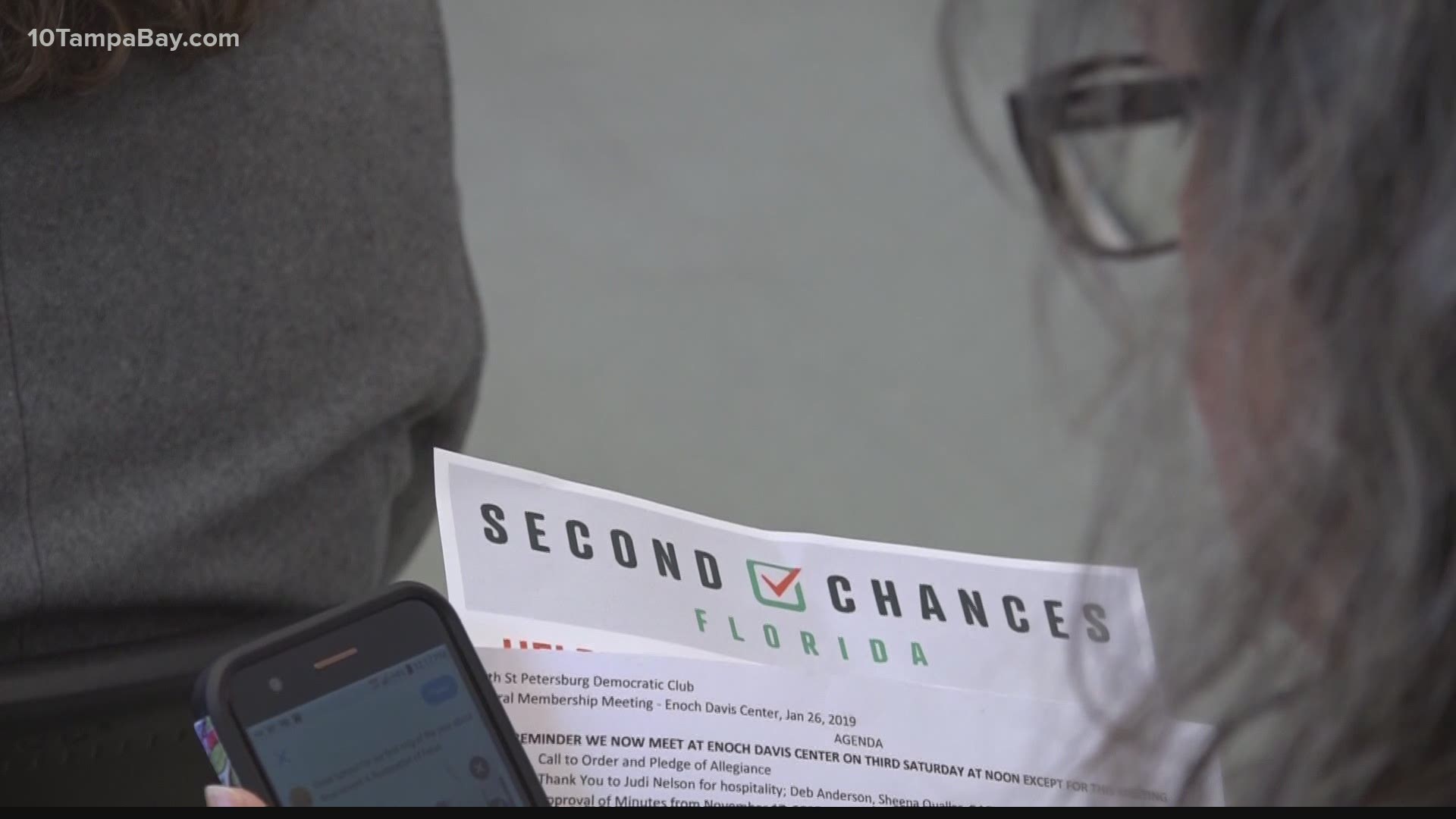 TAMPA, Fla — It's the most important numbers game in the world right now: the careful counting of each and every ballot to determine our next president. However, confusion over who was actually able to vote has local activists working harder than ever.

RELATED: Florida felon purge would be too late for this election

In Hillsborough County, despite paying more than $2.5 million to clear court fines and fees for nearly 2,000 people with felony convictions so they can vote, not everyone got the message they were now free to participate in democracy.

"It would have been great if everybody who had that door open to them were able to have that information, so they can go down and get registered to vote,” said Douglas Bakke, the Hillsborough County Clerk of the Circuit Court.

However, there were a few bumps along the way.

"If somebody signed up through our system...we have somebody who's assigned to them, and would naturally kind of walk through that entire process,” Volz said.

But sometimes, fines were paid solely based on a list of outstanding balances from the clerk's office.

"That is the instance in which it becomes a little bit harder..." Volz said.

Sometimes contact information is outdated or there are other roadblocks to getting in touch.

"Once the case is resolved for the court case, the clerk doesn't play a role and continually update that information...” Bakke said.

Still, the clerk's office and the FRRC are committed to working together to help those who still need to pay their last debts to society.

"Behind every dollar is a human being a person with dreams and hopes and goals of being integrated into the community and moving on with their life,” Volz said. “And so we're incredibly honored to be a part of this process that."