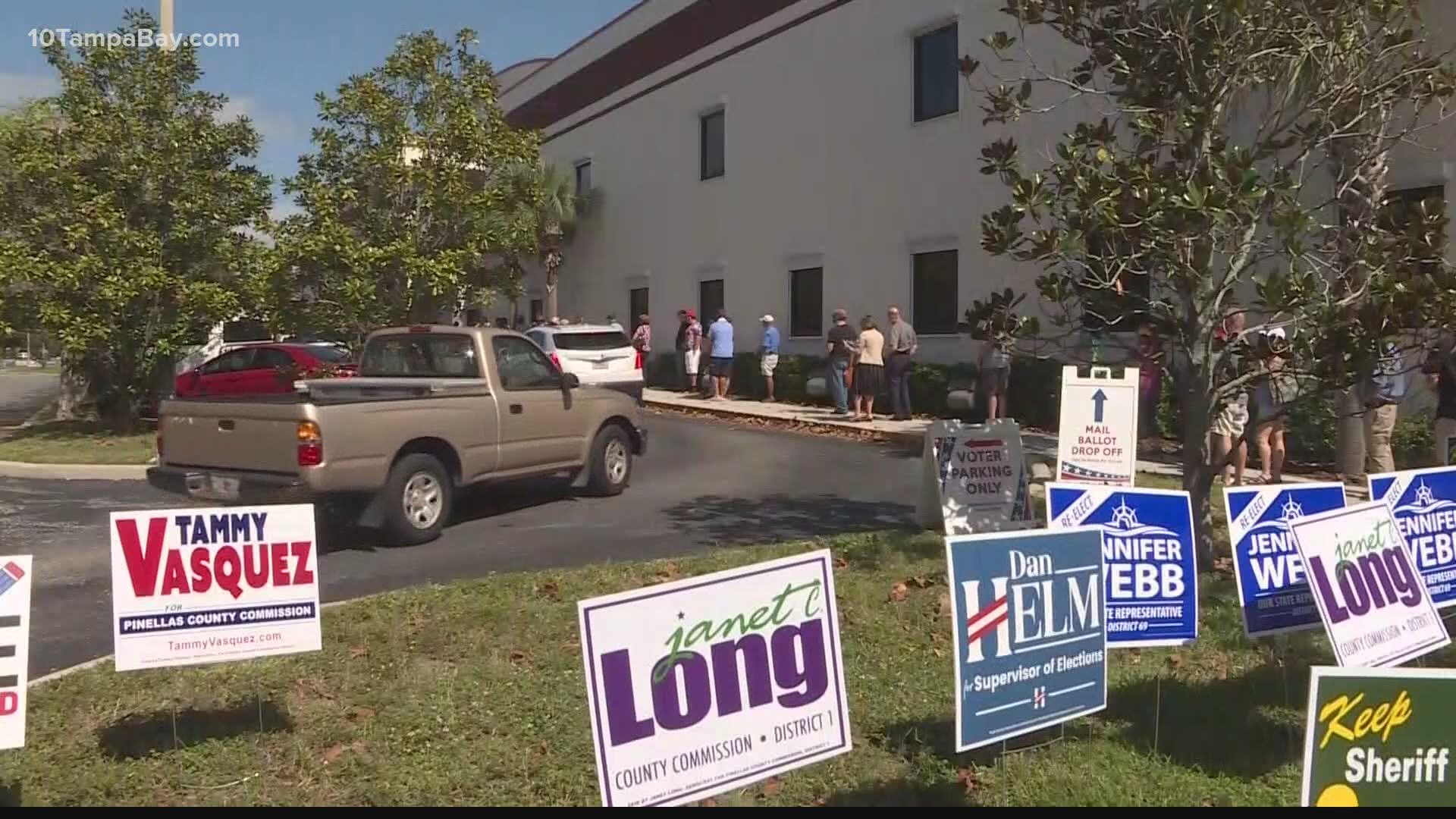 TAMPA, Fla. — You may have seen images of long lines recently at early voting sites in Tampa Bay. In some cases, people are waiting hours at a time to cast their ballot.

But it turns out a much shorter wait could be just up the road. How would you know?

There’s an on-line tool available on most Supervisor of Elections websites that could save you a lot of time and make sure your voice is heard.

It was a lifesaver for Noel Holrd who's voting in her presidential election. As a college student, she couldn’t afford to miss class. But rather than waiting in line, she went online to the Hillsborough Supervisor of Elections website and found an early voting location with virtually no wait.

“Today is the only day I can be up here,” she said, “And it’s also nice that it’s so quick because we have very busy schedules.”

“We are seeing some big numbers, that’s for sure,” said Hillsborough Elections Supervisor Craig Latimer.

Hillsborough’s site, he says, is updated every 15 minutes or so.

“People are using it. We hear about them using it. And they are planning their vote with that,” Latimer said. “That’s what they should do.”

Campaign volunteer Janice Wagner says she’s seen long lines at the Jan Platt Library in South Tampa and at least one would-be voter who took one look and drove away.

“I think the person just didn’t seem to have time. Seemed to be in a hurry,” Wagner said.

That is what election workers are trying to avoid. The online tool can help those voters find a less busy precinct worth driving a few extra minutes to.

“Sometimes pleasantly surprised to learn that there is another one near them that doesn’t have a wait,” Latimer said.

Latimer doesn’t want voters to be discouraged by what might appear to be long lines.

He says voters are being asked to keep at least 6 feet of social distance between them, so the lines often appear longer than they are, and in most cases, he says, they move pretty quickly.

In Hillsborough County, they also added a couple of voting spots at Amalie Arena and Raymond James Stadium. The space being utilized inside those facilities is about the same size as other voting precincts, but they are helping to offset the overflow.

That’s what voter Jackie Crowell was looking for. Crowell was hoping to avoid standing in a long line with COVID 19 out there.

Crowell hopes the online tools will help people who might have avoided voting get in and out quickly.