Undecided voters in Florida could flip the election

Dr. Lars Hafner, a longtime political expert, says in a critical election like this with the numbers being so tight, undecided voters could make the difference. 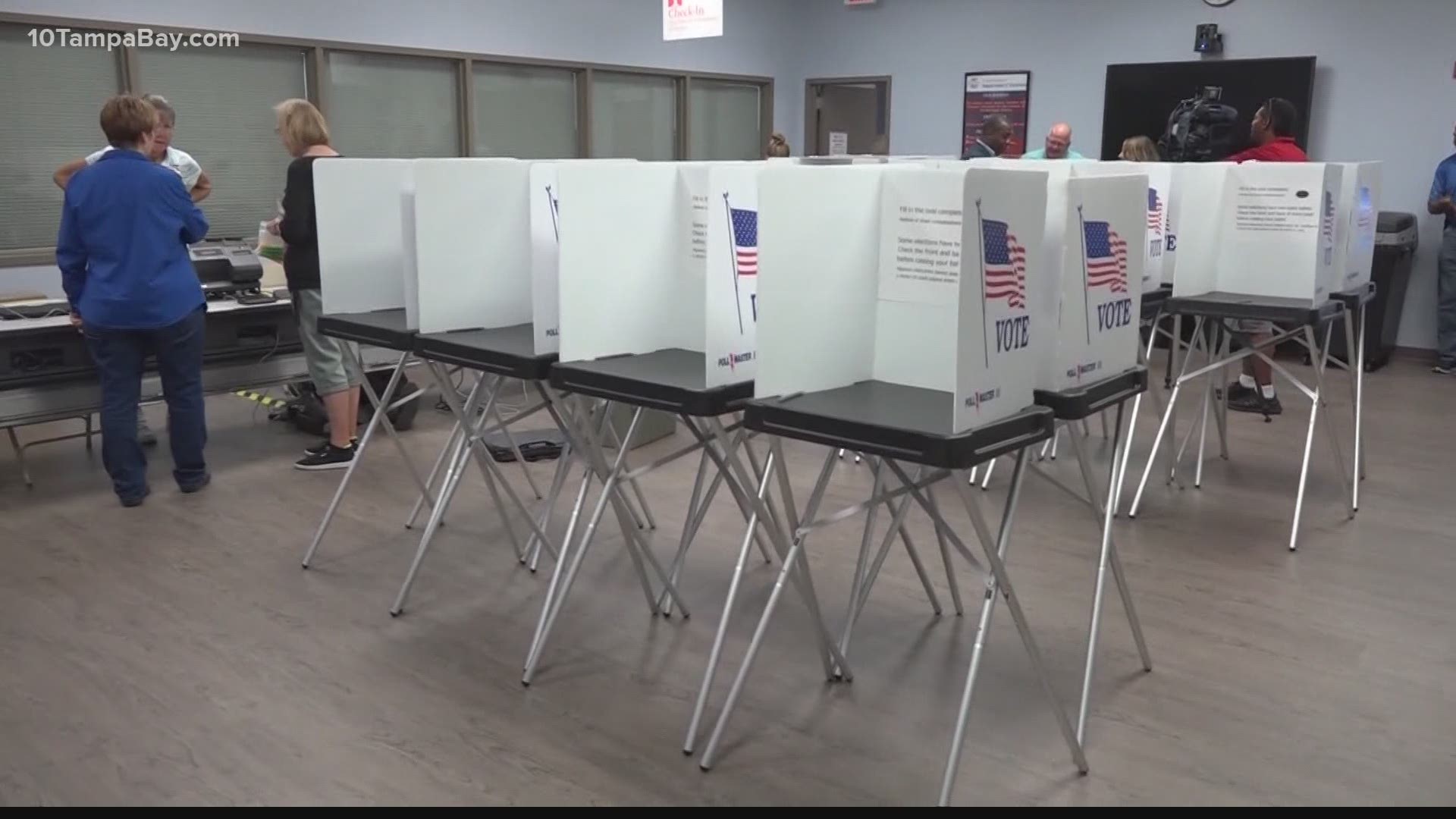 PINELLAS COUNTY, Fla. — In a contentious, highly politicized and sometimes downright ugly election, you might assume just about every American voter has made up their mind.

You're partially right -- political experts say the vast majority of voters know who they're going to vote for or have even already voted.

Election offices are seeing a huge uptick in requests for vote-by-mail ballots mainly caused by the coronavirus pandemic and fears of being exposed to the virus at the polls.

The Elections Project is tracking mail-in voting in 2020. So far, they're keeping track of ballot requests and returns in 26 states. As of the time of this article, 132,194 Floridians have already cast their vote and nearly 1.8 million total Americans have turned in their 2020 ballot.

History and data proves the typical voter knows which candidate they're voting for; however, according to Dr. Lars Hafner, a longtime political expert and former Florida legislator, the undecided voter does exist and they're pretty darn important too.

Hafner said in Florida, perhaps the most pivotal battleground state of all, undecided voters can actually determine the election. It's always tight and sheer numbers explain what's at stake.

"Because President Trump only won Florida by roughly 115,000 votes, even if there’s 5 percent of Floridians that are undecided, it could make the change."

It's hard to pinpoint exactly who the undecided voters are since they're likely to keep that information close to the vest, but Hafner thinks they could be young people who abandoned the election once Bernie Sanders was out or people who like the "Trump economy" and some of his policies but don't like him as a person.

"The real hang-up is the dignity of the office of the presidency," said Hafner.

Dan Parri was a longtime Republican. The Clearwater attorney was brought up that way and voted for Trump in 2016. Parri switched parties in February and is supporting Biden in 2020. Having lived both sides of the aisle, he understands the tension for those on the fence.

"It’s hard to get over what your party has been for your life. There’s people who don’t want to admit that they might be wrong about something," explained Parri.

Parri also knows what it's like to sit out an election. He didn't vote in 2008 or 2012. Today, he realizes there's too much at stake saying, "If people are happy with how the election is going, they should vote. If they’re not happy, they should vote."