The seat is being vacated by Charlie Crist, who recently announced he was running for governor in 2022. 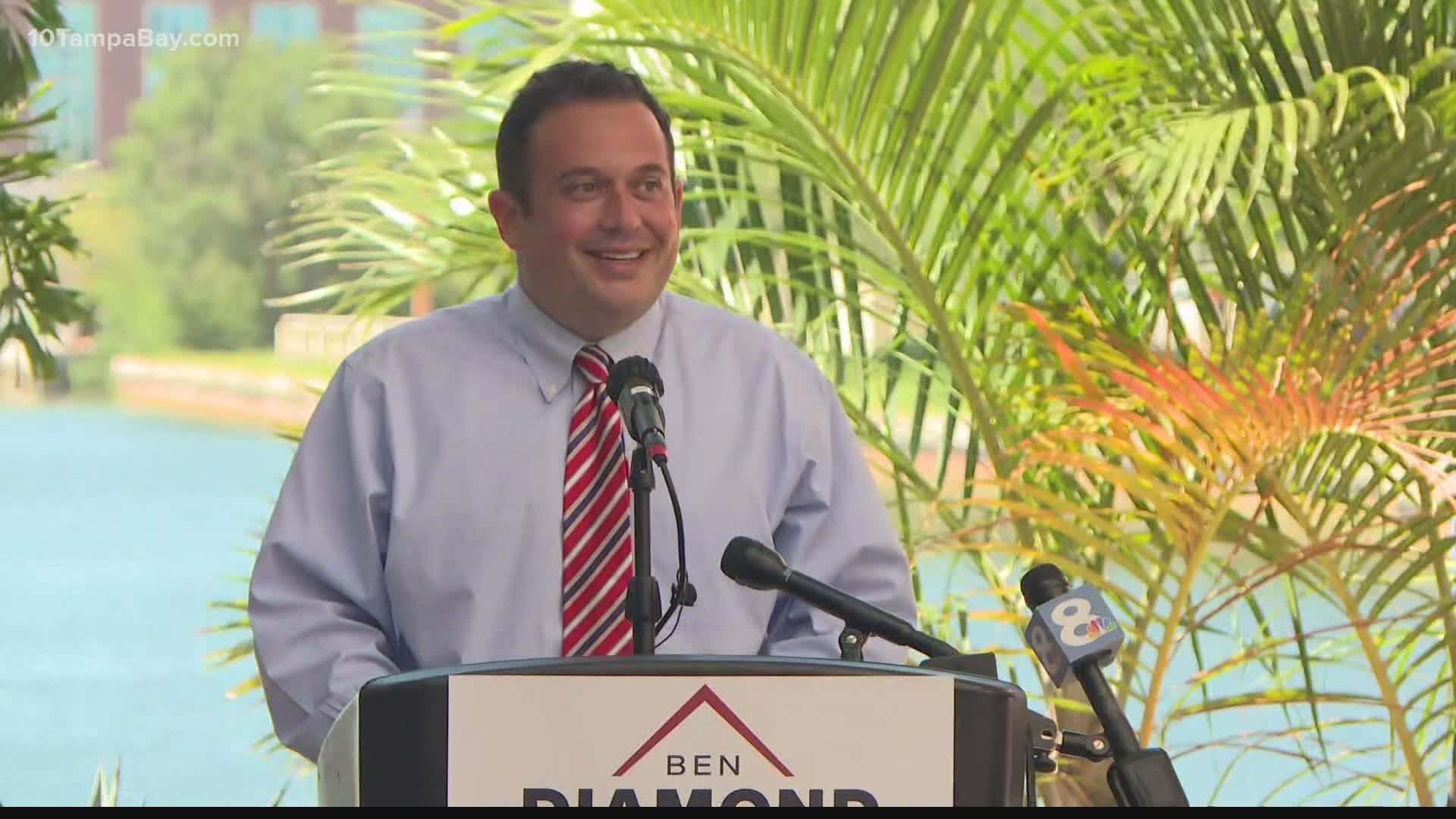 SAINT PETERSBURG, Fla. — A St. Petersburg Democrat has entered his name in the running for Florida’s 13th Congressional District--the U.S. House seat being vacated by Rep. Charlie Crist as he runs for governor in 2022.

On Monday, state Rep. Ben Diamond officially announced his run for Congress from USF St. Pete after confirming the news on Twitter.

Pinellas County is home and it always will be. I’m running for Congress because we still have a lot of work to do to make sure everyone who calls our community home has a fair shot at the American Dream.

"When I look into the faces of young children like mine, I think about their future--and what the future holds for them, for our community, for Florida and for the nation," Diamond said. "I'm running for Congress to help ensure our democracy remains strong and that all of our children have an opportunity to live the American Dream."

If elected, Diamond says he plans to work on solutions to the same challenges he focused on during his time in the Florida Legislature. This includes climate change, criminal justice reform for racial equality, and accessible and affordable health care, according to the state rep.

According to Ballotpedia, Diamond has always called Pinellas County home. He and his wife, Christina, currently live in St. Pete with their three children.

He attended Yale University for his bachelor's degree and then went on to get his law degree from the University of Florida Levin College of Law.

Diamond was first elected to the Florida House of Representatives in 2016 and has been subsequently re-elected twice. His current term ends on Nov. 8, 2022.

Florida Politics says his career has been on the up and up since he was first elected to the House. He jumped five spots on the list of Tampa Bay’s most powerful politicians from 25 in 2018 to number 20 in 2019, Florida Politics reports. Then, this year he landed 10 spots up from his original ranking and was at No. 15.

Watch the full announcement below.