Florida counted votes quickly in the 2020 election – what happened in the other states?

Record voter turnout and an influx of mail-in ballots caused vote counting to take longer than normal in 2020. 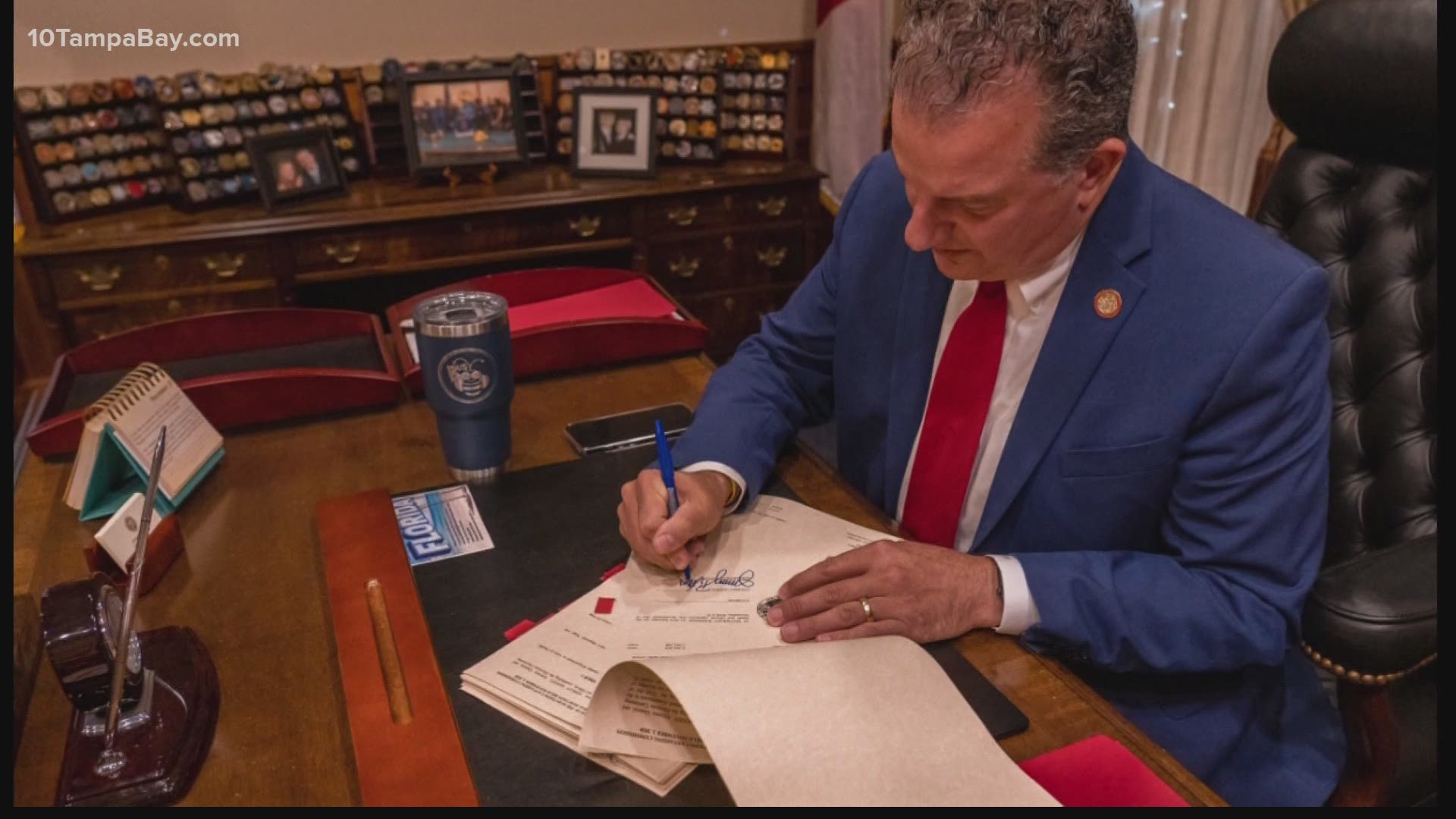 TAMPA, Fla — Days after the 2020 presidential election, many states were still counting ballots. This time around, the state of Florida was ahead of the pack. Into the weekend, the world anxiously waited for results from Alaska, Georgia, Nevada and Pennsylvania.

On Nov. 7, the Associated Press called Pennsylvania for Joe Biden and declared him President-elect.

On Nov. 11, eight days after Election Day, the AP finally called Alaska's race. Trump picked up three electoral votes, which boosted him to 217, but it wasn't enough to catch up to Biden's 290 electoral votes. President Trump’s projected victory in North Carolina brought him to 232.

Biden led in Georgia by less than 0.5 percentage points. There, state law says the trailing candidate has the option to demand a recount, which the Trump campaign requested be done by hand. That process has already turned up 2,500 votes in one county that hadn’t been counted before, although elections officials say those ballots aren’t expected to change the outcome of the race. 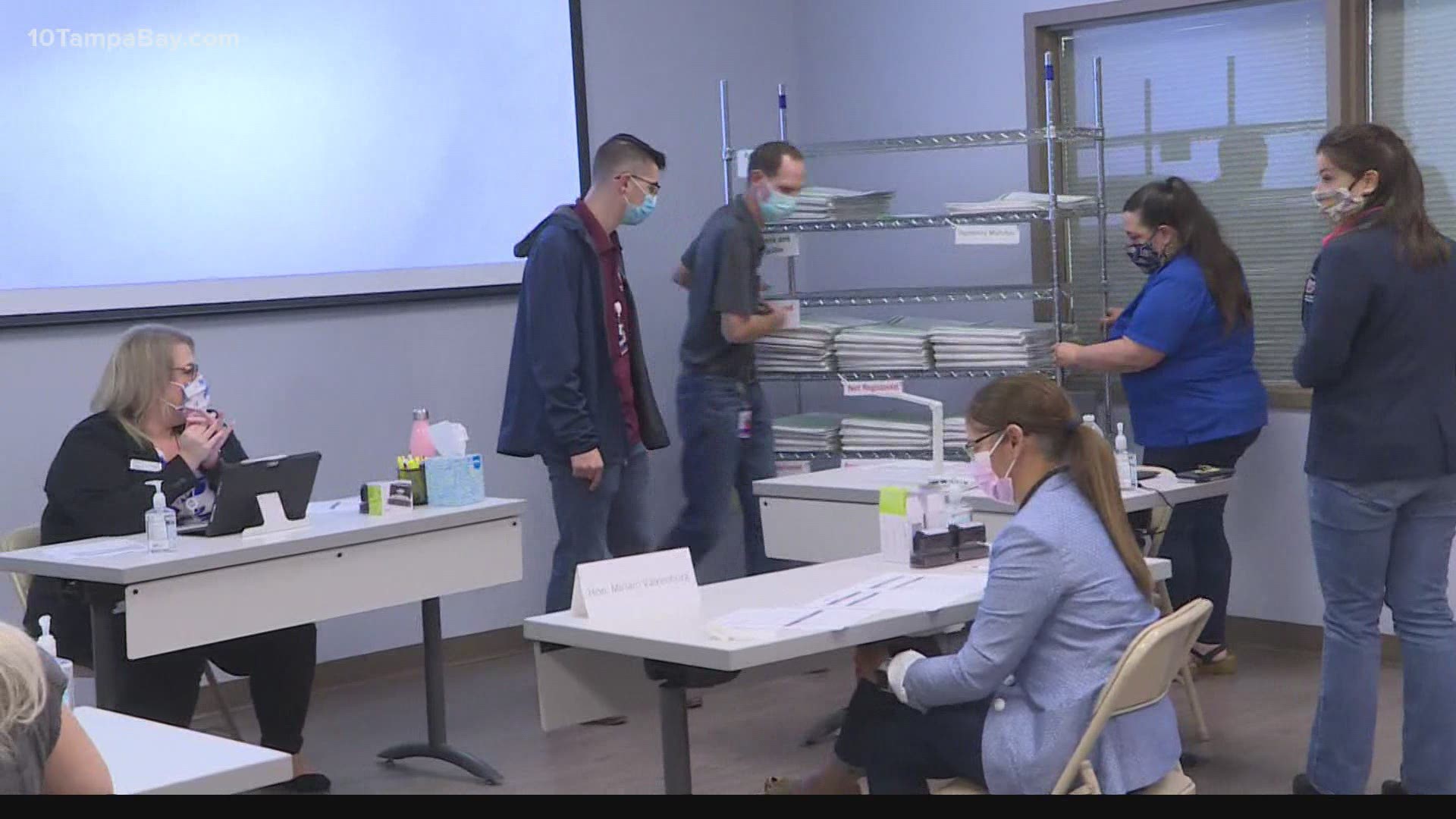 But the obvious question that's making everyone scratch their heads – Why does it take so long to tally ballots?

Florida's Gov. Ron DeSantis posed the same question during a press conference a day after the polls closed in the Sunshine State.

"I think some of those states should follow Florida's lead. If the third most populous state in the country can count 11 million votes, produce a result across the board, why can't some of these other states that are much smaller?" DeSantis asked.

Florida’s reputation has improved since the 2000 presidential election fiasco that ultimately ended with a 5-4 U.S. Supreme Court ruling that effectively stopped the state’s recount in the race between George W. Bush and Al Gore. Bush went on to become the 43rd president of the United States.

The 2000 election drew attention to Florida’s problematic punch-card ballots, which voters found confusing and difficult to use. Many people voted for too many or too few candidates. Often, pieces of paper were left hanging on ballots and became dubbed “hanging chads.” On others, voters managed to indent but not punch their ballots – leading to a “dimpled chad.” Both scenarios left canvassers trying to determine voters’ intents.

Amid mockery for the botched ballot system, Florida worked diligently to improve its voting process.

The next year, Florida revised its Voting Systems Standards through the Florida Elections Reform Act of 2001. Three years later, in May 2004, Florida modified its system again to include accessibility requirements for people with disabilities.

The revisions, updates, and improvements put Florida in a favorable position for the 2020 election season. For starters, the world was and still is dealing with the coronavirus pandemic. By mid-October, the Centers for Disease Control and Prevention had already reported 216,025 people living in America had died from complications related to COVID-19. The number of confirmed cases crept close to 10 million as Election Day drew near.

To help curb the spread of the virus, American voters were encouraged to request mail-in ballots instead of casting their votes in person.

As a result, a record 92 million eligible voters requested their ballots by mail, according to the U.S. Elections Project, which is run by University of Florida political scientist Michael McDonald.

In Florida, 4.7 million voters mailed in their ballots, and another 4.3 million decided to cast their votes in person.

Part of Florida’s smooth voting process in 2020 had to do with the fact that mail-in voting had already become a standard choice for many voters. Back in 2016, way before the pandemic, more than 2.7 million Floridians chose to vote by mail.

In 2020, more than 4.85 million Floridians cast their ballots by mail. 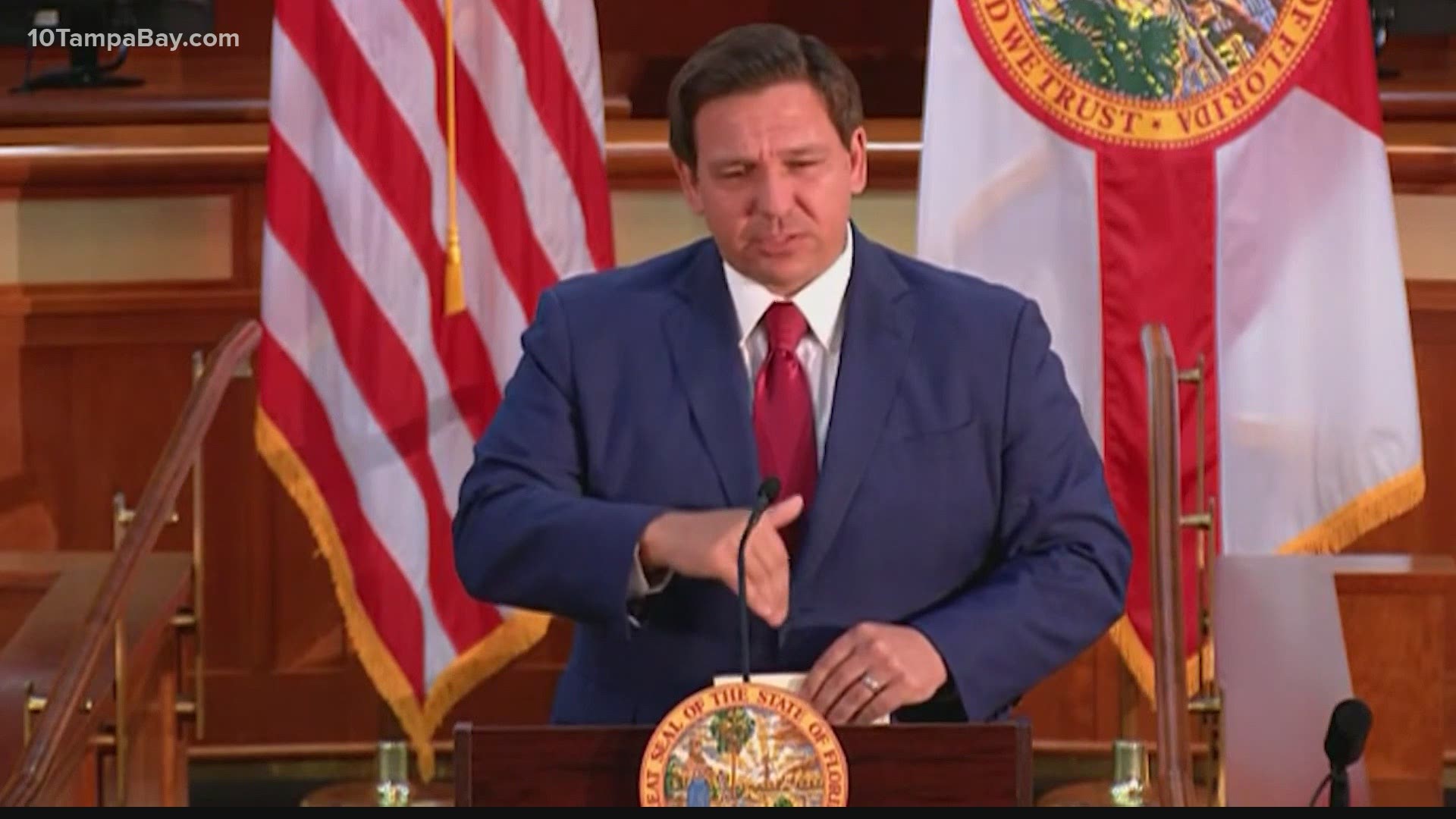 Not only can Floridians track their mail ballots online, but supervisors of elections can begin counting mail votes weeks before Election Day – which isn’t the case in other states.

Elsewhere, states hurried to make mail voting a priority. Because of the COVID-19 pandemic, states like Connecticut, Missouri, and New Hampshire made exceptions to expand absentee and mail-in ballot eligibility.

A few states require eligible voters to explain why they won't be able to vote in person on Election Day. But only a handful of states and the District of Columbia automatically mail ballots to eligible voters. 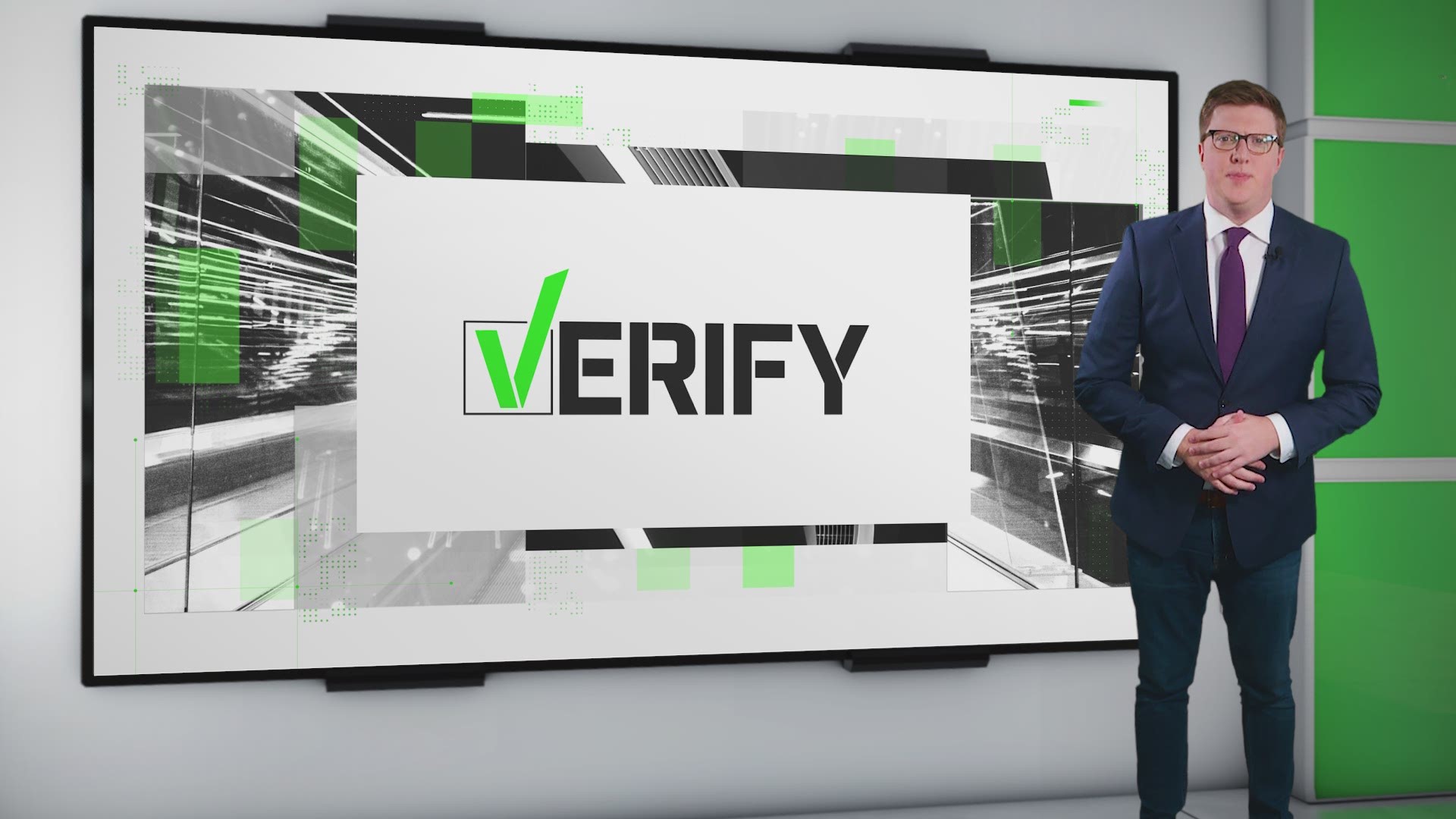 However, only a few states started to process ballots as early as Florida. California got a 29-day head start, Colorado began to count votes as soon as they received them, and Kentucky started on Sept. 21, 2020.

Each state has different laws on the books regarding when they can start counting ballots. Because of the pandemic and the increase of mail-in ballots, states like Maine, Maryland, Rhode Island, and South Carolina made a one-time exception to start counting ballots earlier than what's listed in their law books.

To understand why some states take longer than others to count ballots, you first have to look at the type of voting equipment used during election season.

Optical scan paper ballot system – As the name suggests, people cast their votes by filling in an oval or a box on a paper ballot with a blue or black ink pen or No.2 pencil. Depending on the setup, ballots are either scanned at the precinct or at election headquarters.

DRE systems – Direct recording electronic systems are computers. When a person casts their vote, they make their selection by touchscreen, dials, or simply by pushing a button. The information entered into the DRE is then stored on a hard drive and is tabulated at the end of the day or once the polls close.

In the event a person wants to double-check their selection before hitting send, some DREs provide a Voter Verified Paper Audit Trail. The VVPAT is a printer that allows voters to confirm their choice on paper before officially casting their votes.

Ballot marking device systems make it easier for people with disabilities to mark a paper ballot. According to the nonprofit organization Verified Voting, most BMDs are equipped with a touchscreen interface combined with audio and other comparable features with DREs. Instead of recording a person's vote straight into the computer memory, the voter's selections are on a paper ballot and are then scanned or counted manually.

Small states like Alaska started processing ballots seven days before Election Day. In total, Alaska counted 326,840 ballots from 441 precincts. According to its Division of Election's website, Alaska is a paper-based ballot voting state. Depending on each precinct's location, the Last Frontier state has three methods to process ballots – precinct scanners, hand counting, and voting tablets.

Precinct scanners are typically used in Alaska's urban areas where there's a larger number of voters. Once voters make their selection on paper ballots, they submit it through the scanner, which is attached to the ballot box. Once the polls close, the scanners, 306 in total, send results straight to the director's office.

Voting Tablet, which produces paper ballots, are found in each of Alaska's 441 precincts. The tablets are reserved for people with disabilities and voters who may need language assistance.

Reasons for Alaska’s glacial pace of counting ballots are floating below the tip of an iceberg. Some of the driving paths to precincts slowed down transporting ballots to processing centers. And like the rest of the country, Alaska dealt with an influx of absentee ballots compared to previous years.

In an article published by Alaska Public Media, the reason why it took so long for the state to tabulate votes was a combination of an overwhelming request for mail-in ballots due to the pandemic and polling places located in villages where roads are difficult to access.

Posted on the front page of Alaska's Division of Election website is a timeline of when the state starts to count ballots. Alaska started counting absentee ballots on Oct. 27. The government had until Nov. 13 to count absentee ballots that were sent from within the United States. And the deadline for absentee ballots mailed from overseas is Nov. 18, a full two weeks and a day after Election Day.

Georgia is one of 14 states that starts counting ballots as soon as they roll in. Early voting in Georgia started about three weeks before Election Day, on Monday, Oct. 12, 2020. The Peach State had close to five million ballots to tabulate from the 2020 General Election.

Even though Georgia had a head start counting ballots, several factors contributed to the slow down. Some of those issues included software glitches in its new voting machines, mixed with record voter turnout, and a delay in tallying absentee ballots due to a broken water pipe at one of its processing centers.

Since 2002, Georgia has been using BMDs as its voting system. In July 2019, the state spent more than $100 million to replace its voting machines with a new verified paper ballot system.

In June, Georgia had an opportunity to test out the new equipment during its primary elections. The AP reported a few glitches with the new system, which caused hundreds of people to stand in line for hours.

Long lines, a few glitches at the polls, a record number of voter turnout, and an influx of mail-in ballot requests due to the coronavirus pandemic were reoccurring themes in almost every state during the 2020 presidential elections. All are valid reasons why some of the smaller states took a long time to count their ballots.

The future of voting

With technology ever-changing, the rest of the world wonders what will future elections look like, locally and nationally in the United States? If you're wondering when American voters will have the ability to vote online, the short answer is – when electronic voting systems are no longer susceptible to cyberthreats.