Welcome to the jungle: Should Florida have open primaries?

A proposed constitutional amendment would do away with Florida’s closed primary system in favor of what’s commonly known as a "jungle primary." 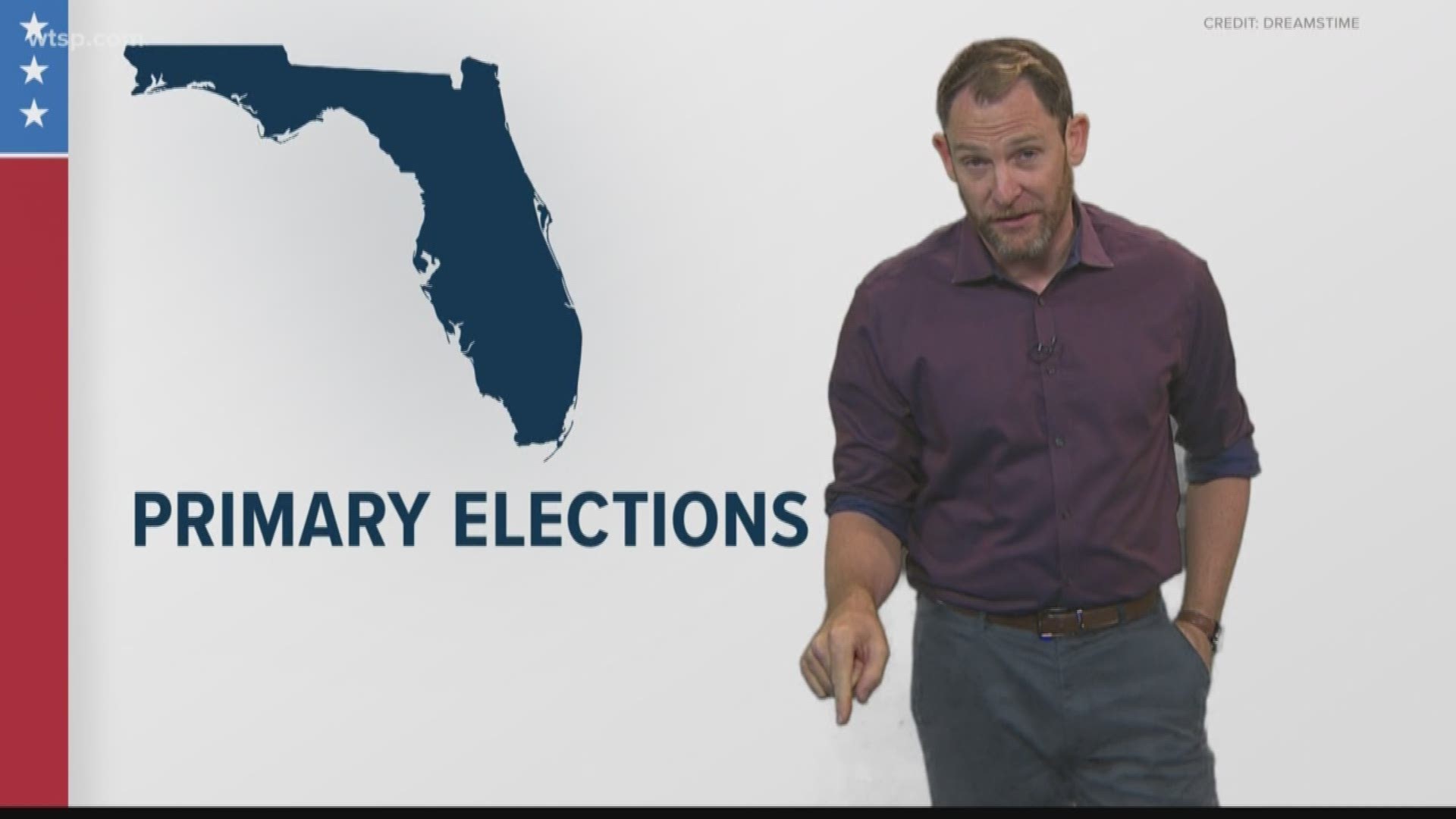 ST. PETERSBURG, Fla. — Florida Attorney General took exception with the ballot language on another citizen’s initiative this week: The proposed constitutional amendment, which could go before voters in 2020, would overhaul the state’s primary election process.

The 'All Voters Vote' amendment would do away with Florida’s closed primary system in favor of what’s commonly known as a "jungle primary." That’s where all voters, regardless of their party affiliation, get a primary ballot that has every candidate listed on it.

The top-two vote-getters, regardless of their party affiliation, then move on to the general election.

“The proposed ballot language does not open Florida primaries, it eliminates them,” Moody said. “And gives party bosses—not voters—sole discretion over the party candidate nominating process.

"This proposed summary does not disclose that fact to voters and would undo a system set up to prevent political corruption and closed-door deal making.”

Moody filed a brief Tuesday with the state Supreme Court, urging it to block the initiative from getting on the November 2020 ballot based on the argument that the ballot language misleads voters by suggesting that the proposed amendment would expand their right to participate in the process by which political parties select their candidates.

“The amendment would effect two key changes,” Moody wrote in her brief to the court. “(1) regardless of their political affiliation, the two candidates receiving the greatest number of votes would advance to a second election, and (2) while political parties would retain the exclusive right to nominate candidates of their members’ choosing, each party would be responsible for establishing and operating its own nomination process, such as a statewide 11 convention or caucus, in lieu of the party primary system with which Florida voters are familiar.

"The ballot language at issue misleads voters as to the latter effect by suggesting that the amendment would give them the right to participate in the processes by which parties nominate their candidates, regardless of the voter’s political party affiliation.”

And the Attorney General isn’t the only one fighting the proposed amendment. Both the state Democratic and Republican parties have filed similar arguments with the court.

“They clearly are afraid of letting all voters vote,” said Glenn Burhans, Chairperson for All Voters Vote Inc., the political committee behind the initiative. “I think the Attorney General takes a very dim view of how political parties operate, including the one of which she is a member.

"If the argument is that party bosses will somehow go behind closed doors and block out their own members from the candidate selection process, that indicates a lot of problems with how parties operate but, most importantly, it runs the risk of driving more members away from the parties.

“Voters are rejecting the major parties for one very simple reason: The rhetoric has become so polarized and so divisive that folks are leaving the parties because they don’t like the messaging that’s coming out,” Burhans added. “The 'All Voters Vote' amendment expressly recognizes and preserves the ability of parties to select their own nominees. However, if they want to do that they can do that in their own contest on their own dime, what they can no longer do under 'All Voters Vote' is use taxpayer dollars to disenfranchise 3.7 million duly registered Florida voters.”

Burhans says the state Supreme Court advised his committee to be prepared for the week of Dec. 2 for possible oral arguments on the case. If the court approves the ballot language on the initiative and the committee collects the required number of signatures by Feb. 1, the amendment will go before Florida voters on the November 2020 ballot.

If approved by the voters, the amendment is scheduled to take effect Jan. 1, 2024.