The legislation expands who can be charged with felonies during protests and gives police broader arresting powers. 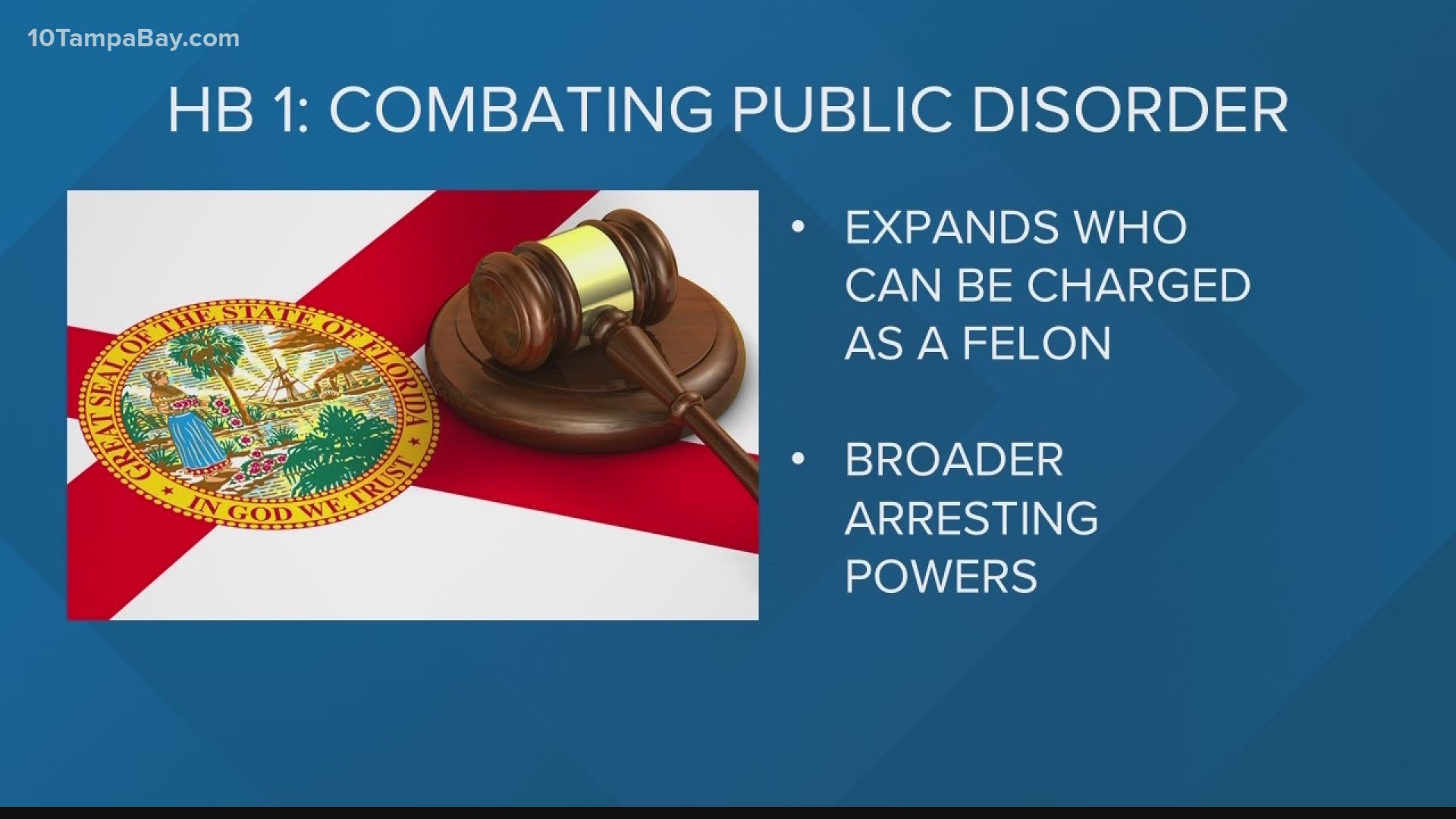 HB 1 has also become known as an "anti-rioting" bill.

The bill expands who can be charged as a felon during protests and gives law enforcement broader arresting powers. It also makes it harder for local governing bodies to “defund” the police.

Gov. Ron DeSantis first introduced this legislation last September at a news conference with law enforcement officers from around the state. He says state law needs to be tougher when it comes to violent protestors and those who would consider defunding the police.

RELATED: DeSantis: 'If you riot, you are going to jail' in Florida

Rep. Ben Diamond (D - St. Petersburg) spoke in opposition of the bill Friday saying, "Our law enforcement realize they have the tools they need to keep us safe. I spoke with my police chief about this bill and that’s what he told me. He’s concerned as am I that this bill does muddy the waters in a very real way that will allow peaceful protesters to get swept up in arrests."

Republicans who support the bill say the language is clear and does not violate the first amendment.

After more than five hours of passionate debate, the bill passed Friday 76-39.

The future of this legislation is still uncertain as the Senate still needs to pass a similar bill before it reaches the governor's desk.