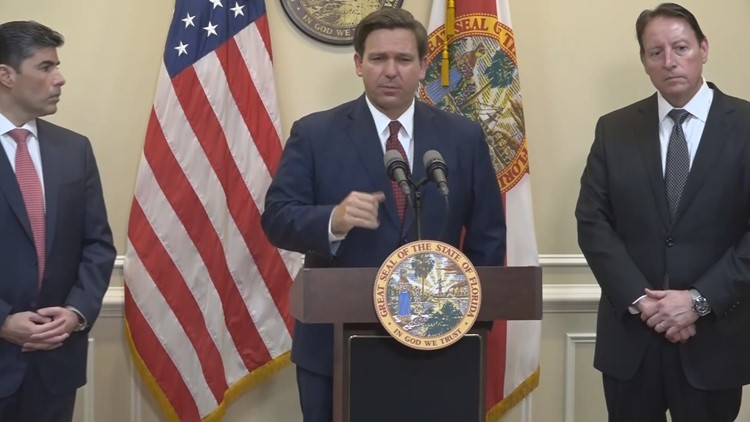 Photo by: The Florida Channel
Governor Ron DeSantis was pleased with lawmakers efforts to pass a $93.2 budget.

TALLAHASSEE, Fla. — Lawmakers passed a state budget Thursday in Tallahassee to the tune of $93.2 billion.

That's headed to the governor for his signature. Gov. Ron DeSantis applauded their efforts to take recommendations from the blue-green algae task force to pass water quality reform.

He also says Florida teachers will go from being some of the lowest-paid in the nation to possibly in the top five.

“The way they did the salaries, I think are probably going to be more equitable, because it focuses on certain areas that have a higher cost of living. Their minimum may be $48,000 - $49,000 -- some of the more rurals may be lower. Everyone will do better. I think it probably threaded the needle better than my initial proposal did,” Gov. DeSantis said.

He also pointed out that when the session started back in January, Florida had one of the lowest unemployment rates. Now due to COVID-19, there could be some challenges ahead.