Planning on boycotting Publix? You should check other stores' political donations

People say they plan to boycott Publix this weekend because of its donation to a pro-NRA candidate. But what about some other stores? 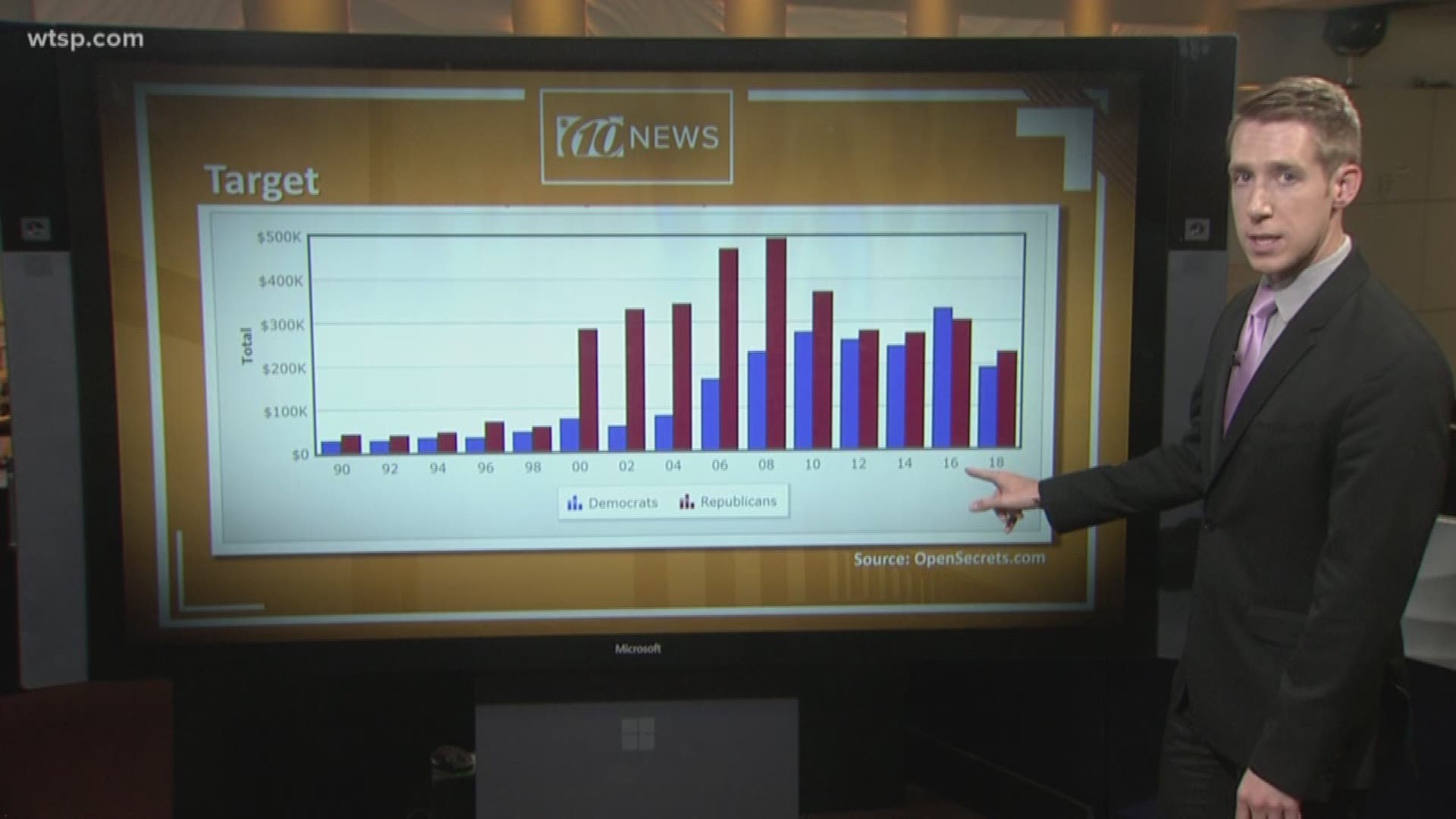 But before you decide to hit up some other stores instead, do you know which politicians are getting donations from your preferred businesses?

In protest of Publix's political contributions, people are tweeting their receipts from where they're shopping instead, including Walmart.

But if you're opposed to Publix supporting a pro-NRA Republican, consider that Walmart's political contributions have also favored Republicans for years, according to data compiled by the Center for Responsive Politics' OpenSecrets.org, a non-profit, non-partisan research group tracking money in U.S. politics.

These figures represent donations to federal politicians coming from the organizations' political action committees (PACs), their individual members or employees or owners, and those individuals' immediate families, according to OpenSecrets.org.

►FOLLOW THE MONEY: Search which politicians your preferred businesses support

Womack ($3,000) and Stivers ($4,000) have each taken money from the NRA within the past two election cycles, according to OpenSecrets.org.

Donations from Amazon.com, which owns Whole Foods, have favored Democrats in recent election cycles, especially so during the 2016 campaign. While Florida-based grocer Winn Dixie appears to have essentially ceased making contributions within the past decade after giving largely to Republicans in the 1990s.

Target, a popular alternative for shoppers tweeting their receipts, has a history of backing Republicans over Democrats, save for during the 2016 campaign.

Target monies contributing to political campaigns in Florida since 2016 have also favored Republicans $23,500) over Democrats ($14,000), according to state campaign finance reports.

Target took heat in 2011 for backing an anti-gay Republican gubernatorial candidate in Minnesota.

If NRA-backed candidates are your issue: so far this election cycle, five of the top six candidates supported by Target monies are Republicans with A-ratings from the NRA, including Rep. David Young of Iowa who, as the New York Times previously reported, has received the third-most financial support from the NRA than any other member of the U.S. House.

.@Publix I guess I should’ve bought my flowers for the memorials somewhere else. https://t.co/BidbjjxA87

Parkland survivor Alex Wind was among those to express displeasure at Publix's support of Putnam, saying in a tweet: "I guess I should've bought my flowers for the memorials somewhere else."

This holiday weekend, shoppers are being encouraged to #BoycottPublix and #TweetTheReceipt from where they are shopping instead after the Tampa Bay Times was first to report Publix has given $670,000 to Putnam’s political campaign in the past three years.

The backlash has prompted Publix, which initially issued a statement saying it supported "bi-partisan, business-friendly candidates," to suggest future political donations might be handled differently.

"We regret that some of our political contributions have led to an unintentional customer divide instead of our desire to support a growing economy in Florida," Publix said in an emailed statement. "As a result of this situation, we are evaluating our processes to ensure that our giving better reflects our intended desire to support a strong economy and a healthy community."

National, regional and local supermarkets contributed a little more than $5.4 million during the 2016 election cycle, according to OpenSecrets.org. Publix topped that list with the most contributions.