Victoria Royal took off her shirt, exposing her bare chest, and ran through the rally crowd, police said. 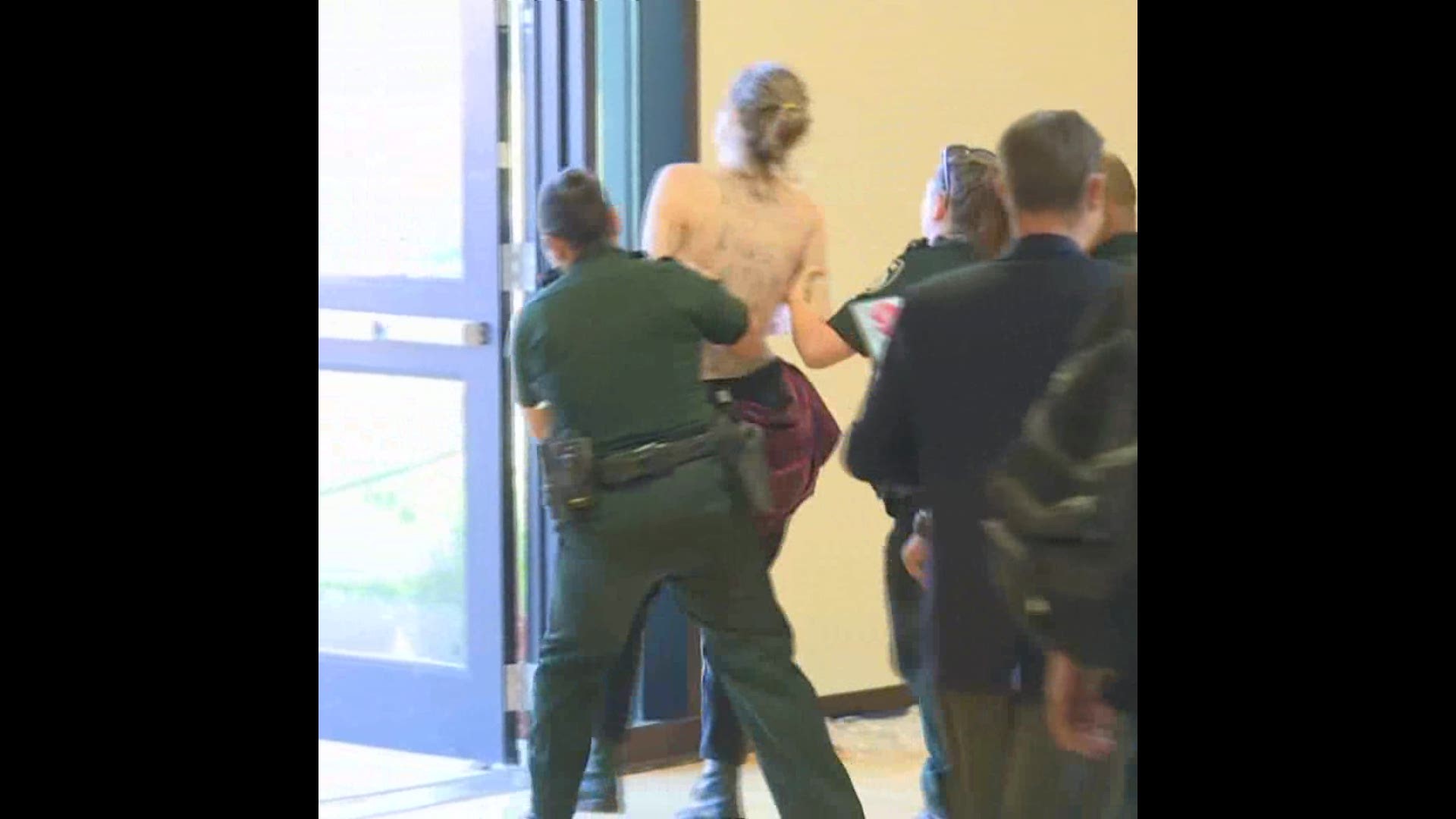 Victoria Royal took off her shirt, exposing her bare chest, and ran through the rally crowd, according to a news release.

She did not follow officers' orders to stop, so she was tackled, police say. Royal was taken into custody and transported to Orient Road Jail.

Royal is charged with two misdemeanors of resisting officers without violence and exposure of sexual organs.

Sanders was speaking during the incident and joked about the protester as she was led away.