Reed is back in the spotlight amid speculation he could run for a return to the mayor's office. 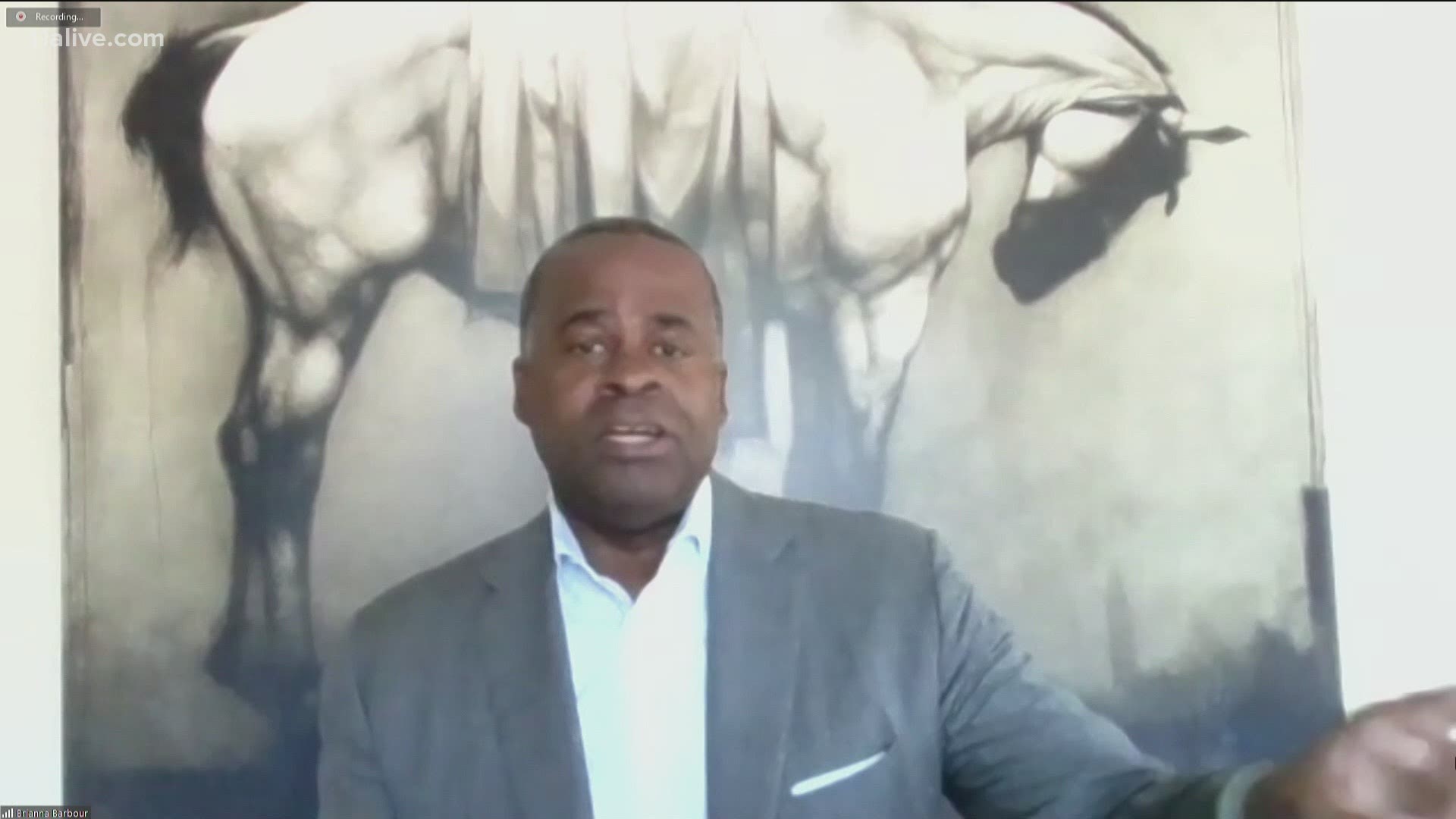 ATLANTA — Former Atlanta Mayor Kasim Reed had a lot to say about what the city is seeing when it comes to crime, and how to turn things around.

The two-term mayor called it a "crime crisis" - not a COVID crisis - saying it goes beyond the pandemic.

Reed is back in the spotlight, with speculation rising that he could try to make a run to return to the mayor's office even before incumbent Mayor Keisha Lance Bottoms announced she wouldn't run for re-election on Thursday night.

In an interview, he told 11Alive things are worse in Atlanta than in other major cities that have seen smaller increases in crime. And he's frustrated, saying we saw the early signs of a problem and didn't do enough to address it.

"We are at a moment of crisis," he said. "Atlanta is a big, beautiful, bold tapestry, but the tapestry has to be weaved together and that weaving has to be maintained. And so my fear is that we are seeing all of these things happen, right in front of us in slow motion. Everybody's talking about it at their dinner tables, and we're not raising the alert to a crisis level, which is what it is."

Reed believes recreation centers for young people need to be open longer, and he said the city needs direct physical contact and engagement from not only police but also from elected officials and community members in the impacted areas.

But, perhaps looking to a future second administration of his, he cautioned it'll take time to get numbers down.

The former mayor also said he's against the idea of a "City of Buckhead" - with the wealthy neighborhood considering attempts to break away from Atlanta over crime - saying it would send a bad message nationally and locally.