The lawsuit alleges the law is unconstitutional and targets free and protected speech under the First Amendment. 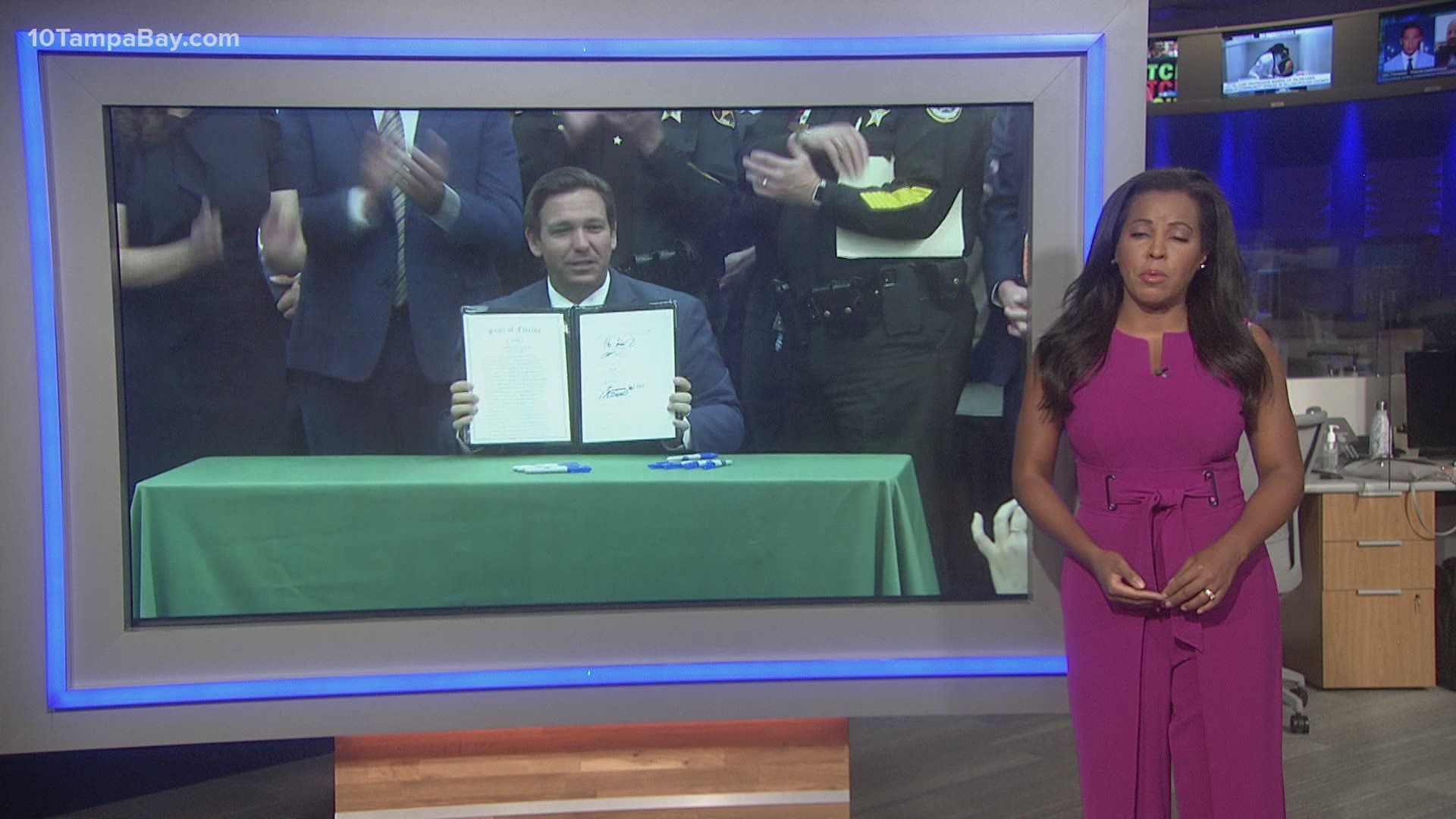 TALLAHASSEE, Fla. — A social justice group has filed a lawsuit against Florida Gov. Ron DeSantis two days after he signed a bill to create tougher penalties for people who participate in violent protests.

The complaint says the law targets “protected speech under the First Amendment.” The lawsuit also alleges the law was passed in response to protests “against the murders of minorities by the hands of police officers,” citing the deaths of Breonna Taylor, George Floyd and Elijah McClain.

It alleges statutes in the law "are written with the intent of defining any such protest as a 'riot' or participation in such protest as 'inciting a riot,'" and the statutes "retaliate against those subjected to these laws with excessive bail, fines or cruel and unusual punishment as a means of hindering the speech of dissenting opinions."

The complaint also says the new law "unconstitutionally threatens to impose liability" on people "expressing their rights to free speech regardless of their intent to incite violence, the likelihood that their speech will result in violence, or the imminence of the intended violence."

It also alleges the law's terms are "overbroad," "reaching" and vague.

The so-called anti-riot bill that DeSantis signed on Monday was a response to nationwide demonstrations that occurred in the wake of George Floyd’s murder. DeSantis spokesman Cody McCloud said the governor’s office will firmly defend the legal merits of the new law.

Critics of the bill have called it a "disgrace," saying it is an effort to limit First Amendment rights. In contrast, supporters say it is necessary to protect against unlawful behavior.

The ACLU says the legislation was "purposely designed" to embolden disparate police treatment toward "Black and brown people who are exercising their constitutional right to protest."

DeSantis spokesman Cody McCloud told the Associated Press that the governor’s office will firmly defend the legal merits of the new law.

You can read the lawsuit here:

RELATED: Florida 'anti-riot' bill headed to Gov. DeSantis' desk after being passed by the Senate