Ron DeSantis has three seats to fill on the Florida Supreme Court. 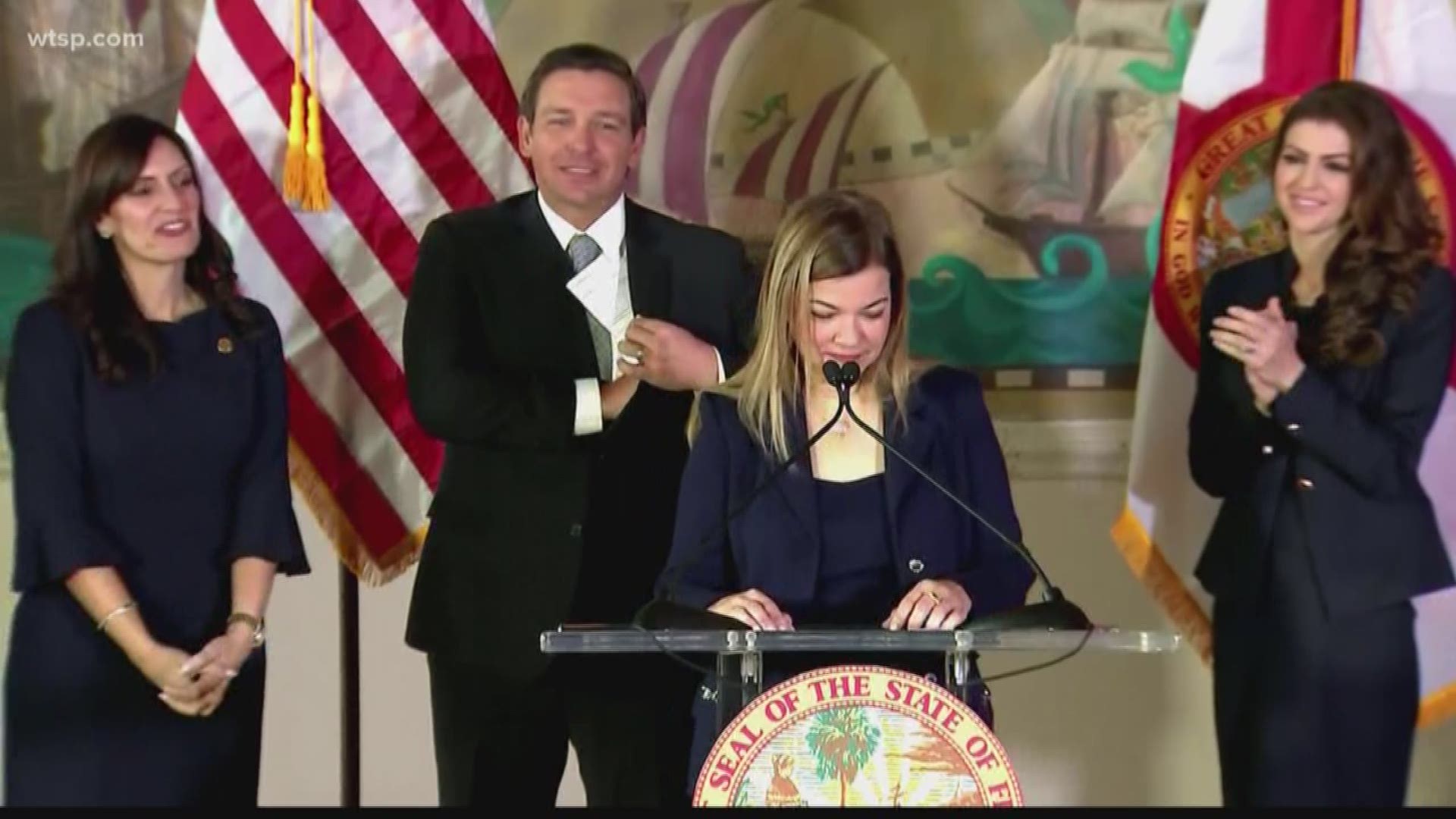 Gov. Ron DeSantis appointed Barbara Lagoa on Wednesday as the first of his three selections to the Florida Supreme Court.

DeSantis made the announcement by the Freedom Tower at Miami-Dade College.

“Judge Lagoa’s credentials are impeccable,” DeSantis said. "She has served for the last 12 years as an appellate judge on Florida's Third District Court of Appeals."

The announcement came a day after DeSantis was sworn as Florida’s 46th new governor.

In Florida, the governor makes appointments to fill judicial vacancies, selecting from a list of candidates vetted by judicial nominating panels. After being appointed, justices will face merit votes, where the public gets to decide if the judges should remain in office.

State rules say new justices face their first public vote in the next general election after their appointment. If voters agree to keep a new justice, they don't have to face another retention vote until the general election right before the end of their six-year term. If, instead, the public decides to kick out the justice, then the judge gets replaced in the same way the governor originally appointed them.

Ahead of Wednesday's announcement, DeSantis was given 11 names from the Supreme Court Judicial Nominating Commission. With more than 11,000 cases and 470 opinions, DeSantis said Lagoa had the most judicial experience among the 11 finalists.

"In those 12 years and in all those opinions and all those cases, she's earned the respect of the Florida legal community and of her peers," DeSantis said.

Lagoa thanked those who helped her career and the members of the Judicial Nominating Commission.

"I'd like to thank those who helped me reach this moment," Lagoa said. "Before I was a judge, I was a practicing lawyer both in private practice and as a federal prosecutor.

"I want to thank my mentors and colleagues from those years who taught me what it means to be a good lawyer, a good writer and good colleague."

DeSantis has three seats to fill with Justices Barbara Pariente, R. Fred Lewis, and Peggy A. Quince each faced with the mandatory age-related retirement Tuesday.

Under state law, judges and justices face mandatory retirement at age 70. However, the new retirement age is 75 years old with the passage of Amendment 6 in November; it does not go into effect until July 1.